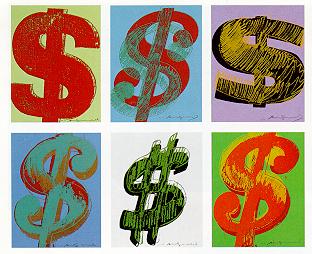 I’ve been thinking about this a lot, and I don’t think that I’m the only one. Even though I’m not a Republican, I imagine that I’m not the only person who is more than a little torqued out of shape by the RNC’s decision to spend $150,000 on Sarah P. and family’s wardrobe update, not to mention $24k a month on a personal makeup artist.

Now, Corey and I have made a few contributions to Obama’s campaign, not substantial by any means, but they were what we could afford to contribute, and as the Obama campaign has proven, every little bit counts. But if I had contributed money to the campaign, and then that campaign used campaign money to buy Joe Biden $150,000 worth of ties, I think that I just might think twice about donating funds in the future. Now granted, the governator probably needed a style update for the trail (we all know that the Todders did), but to the tune of $150,000? Couldn’t they have found one of their rich benefactors to underwrite such an expenditure so that it did not come out of campaign funds? That certainly would have gone down easier with the Joe the Plumber electorate making $40k a year. I know that I would have been less pissed off, and I’m not even a Republican.

But, let’s just suppose that someone decided out of the goodness of his or her heart to give my family $150,000 to spend as we needed. Here is how we would spend it (and even though we all know that I love clothes and black boots and squishy leather bags, that’s not where it would go):

That’s my fantasy shopping spree. I don’t think that it even comes close to $150,000. I’d return the unused portion so that someone else could go wild and pay some bills. I’ll bet we could take care of at least three or four joe six-pack families out there, you know, real Americans who are going under just like us.

Real Americans who have worked, paid their taxes, served their country, and now find themselves in the unenviable position of being a one-income family with two-income bills, and that income is a disability income at that. I have to tell you, Governor Palin, being real Americans isn’t really making that much of a difference for us. We might have our honor, our pride, our patriotism, but we can’t eat that for dinner. It won’t keep us warm this winter, and it’s not going to get me the MRI that I need on my back. Sorry to be so cynical. Just cannot help myself.

So wink, wink right back atcha. You look mahvelous. As well you should, but have you thought about T. J. Maxx?