“Someday you’ll have a daughter, and I hope that she’s just like you” (mom)

How many of us remember swearing when we were younger that we would not be like our parents? That we would never ever answer a questions with the completely nonsensical words “because I said so”? How many of us have used those exact words out of complete and utter exasperation only to realize two seconds later, ‘I’ve become my mother/father’? I’ll admit to doing worse. I’ve actually used the mother’s curse: I’ve said, “I can’t wait for you to grow up and have children of your own some day so that you can see what it’s like to have an ungrateful child.”

Yep. I have gone there. More than once. Even when I swore in my oh so holier than thou youthful twenties that I would never say that to my children, that I wouldn’t resort to the same tactics that my mother used. But of course, that was before . . . before my daughter went through her teens, decided to use her bedroom window as a door to the world, decided to run up $500 in long distance charges on our phone bill because we didn’t get her a cell phone, to name but a few. But that was nothing as compared to my oldest son, who really was supposed to be born to very rich parents because his sense of entitlement is beyond astounding.

However, I am told that this is not a phenomenon belonging to him alone. If all is to be believed, his entire generation is rich in its sense of entitlement and completely lacking in a sense of sexual morality. Okay. Let me stop here. I know, you will say that this is a generational thing, that each generation believes that its younger counterpart has no morals when it comes to sex. Our parents were astounded with the whole idea of “free love,” and then living together before marriage and then living together with no intentions of getting married. Admittedly, each generation breaks boundaries of the generation before.

But there are a few significant differences between the generation that grew up having sex from the 90’s on, and the biggest one, of course, is that no other generation before could literally die from having sex. You could catch some nasty diseases, but they were all curable. Herpes came along, and that one, we found out, stayed around forever, but no one died from it. It could cause birth defects if a baby delivered vaginally while the mother had an outbreak. But with AIDS, we were moving onto a new playing field.

“Babies comes from mommy’s tummies, but don’t tell anyone” (mom)

Turns out you were wrong. The average age at which teens lose their virginity today is 15, and more young girls are shooting for 14. I’m not using the phrase “shooting for” lightly. That whole peer pressure thing is a bitch. Only about one in seven uses birth control, often because the male pressures against condom usage, and the girl is afraid that if she pressures for a condom, he will find another willing partner. From the statistics, it seems that he probably will. A new study from the Kaiser Foundation shows that more than a third of new HIV infections in the U.S. occur among young people between the ages of 13 and 29, those very people who do not believe in their own fallibility, the ones who are not using condoms religiously like their older counterparts.

May I just pause here to say, What In The Hell Is Wrong With This Picture??? If you just read the paragraph above and are thinking that those statistics only apply to a certain ethnic group or only apply to urban high schools, well I hate to burst your great big bubble of unreality, but WRONG. In one of the surveys I read, 14 percent of the 10,000 participants said that they are having sex at school (http://today.msnbc.msn.com/id/27706917/). Something even scarier: one in five girls claimed that she wanted to be a teenage mom. Teen pregnancies already occur in about three quarter of a million girls a year. Whoa!

What a lot of these young women, (using the term loosely) do not realize about frequent sexual activity at such a young age is the risk that they are taking with their bodies and how it might affect their ability to have children later in life. Their cervixes aren’t fully formed and are at greater risk for diseases such as chlamydia. Left untreated, chlamydia can lead to cervical cancer. Pelvic Inflammatory Disease often goes undiagnosed and untreated and can also lead to infertility. Undiagnosed STDs are passed from partner to partner, and male partners are not invulnerable.

But what about intimacy? What about saving yourself for that special someone? That does not even seem to come into play with this generation. Sex is truly casual, referred to as hooking up; oral sex is seen as non-sexual, which, pardon the expression, blows me away. Something that we used to save for special relationships, fiancés even, these kids perform in the gym on people they aren’t even dating.  I found the following statistics from the The Guttmacher Institute staggering, and as you know, I’m pretty liberal: 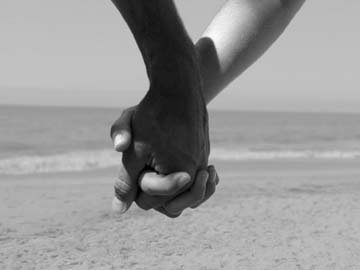 The problem—as far as I can determine from reading about it in article after article—is that young people who are sexually active with partner after partner, treat sex like a party favor. They don’t understand the concept of intimacy, of finding closeness with one person and how that intimacy actually changes the whole sexual experience, transforms it. In an age of entitlement, in which the man-child wants what he wants when he wants it when he wants it and sees no need to wait for it, how does society convey intimacy against a backdrop of video games, movies, and comedians in which the badass refers to women as hoes and bitches, demeans them to non-entity status? How or why should one seek intimacy with an inanimate object? Bros before hoes, right?

How does a young female with limited self-worth thrive against such a backdrop? Bros before hoes—it’s the mantra she hears, and she grows accustomed to it unless someone tells her no, that’s not how it should be. You are worth something. And you hope that she hears you, actually hears you.

No matter what our teenagers are told at home, no matter what kind of loving, respectful relationship they might see between their parents at home, how can that compete with what happens when they walk out the front door? You talk and you talk and you talk, and then you read about how camera phones allow teens to send each other explicit pictures of each other that end up on the internet, and they may have just been playing around, but never thought about the consequences of a wired in world.

Being a good role model, taking the time to have those special talks, showing respect to one another within the family unit, reinforcing treatment of women as people not objects . . . how much more can you do? It tends to make me want to crawl back under the covers and never come out again, just when I was beginning to think that it was safe out here.

Too much to think about. Peace.