It Started With the MRI 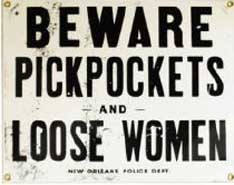 When your day starts with 45 minutes in an MRI tunnel, you know that you probably should not attempt to make the rest of the day normal; however, I did not trust my better instincts, and that is how I lost my wallet with a big chunk of my Christmas shopping money, and how I ended up in tears in a thrift store late this afternoon. Essentially, this day needed a do-over button.

Okay, let’s begin chronologically. I made Corey get in the shower first because I woke up with my torn rotator cuff in so much pain early this morning that I had to put heat on it before I could actually move my arm. This meant that we were going to be behind before we even got out the door. Now the MRI was not for my torn rotator cuff; it’s for my lower back to see if I am going to have to have more surgery on that, which I probably am. The rotator cuff hasn’t even been looked at by an orthopedic surgeon yet because of the two problems, the back was, I repeat was, the more pressing problem in September. However, now, the rotator cuff has progressed so badly that I have pretty much lost my range of motion in my right arm. It’s one of those wonderful damned if you do situations, as in dammit, which do I do first?

So we make it to the MRI appointment only four minutes late because we don’t decide to go back to the house for Corey’s wallet which he has accidentally left at home. This is a significant point that will come into play later in the story. Remember it. I fill out the thousand page questionnaire in three minutes flat because I’ve filled it out at least four times before. I have been smart and not worn any jewelry. They put me into the chute, start the procedure, and I immediately need to cough. Not clear my throat, but really cough. So I begin to count—one Mississippi, two Mississippi, and I keep messing up the numbers in my head, which only makes me frustrated, which makes me need to cough. To make matters worse, my right arm, the bad one, is in a really bad position and is beginning to go numb.

I finish the procedure without coughing, come off the table, and am immediately wobbly. They ask if I need my husband, to which I reply, “yes, please. Corey comes back and helps me get out of the three-armed robe because my right arm is limp. We get me dressed, and get out of there. We decide to go by the thrift store where my daughter has gotten a job to buy the lamp that she wants before someone else buys it. We have to pretend not to know her so that she doesn’t get in trouble. We both find this utterly inane, but agree to do so so that she doesn’t get fired from her thrift store job before Christmas.

On to the Thrift Store for a Lamp 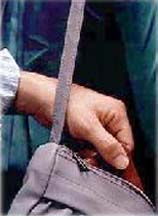 We find a few good bargains; I see a wonderful Depression Glass juicer that I really don’t need, and we get ready to check out. It’s at this point that I realize that my wallet is not in my hand. I went in the store with my wallet. I know this because I decided not to take my purse in because said purse is too heavy, and my arms hurt, so I just pulled out my wallet. I was very careful to hold my wallet. The only time I put it down was when—I believe—I handed it to Corey and asked him to hold it while I looked at some items in the showcase around the register.

However, and this is the big however, when I ask him if he has my wallet, he says “no,” as in why would he have my wallet? At first I think that he is kidding, but then I see the look on his face, and realize that he is not kidding. That’s when I feel the lead in my stomach as I realize how much cash was in my wallet, think about what else was in the wallet: health insurance cards for me, the boys, prescription card for me, contact/eye prescriptions for Eamonn and myself, list of all of my medications just recently updated this past Monday, pictures of Caitlin, a few miscellaneous discount cards. Luckily, my license and bank cards are all in a separate card wallet that is in my purse.

Now, there was also $130 in cash in my wallet, not because I planned to spend $130 in the thrift store but because I planned to put that money on my debit card so that I could finish my shopping by ordering something online today. That $130 was not something that I could afford to lose, but more importantly, my insurance cards have personal information on them. Even more importantly, the picture of Caitlin was a one-of-a-kind snapshot that I have carried in my wallet for the last 20 years. It’s laminated. It is irreplaceable. It cannot possibly mean anything to anyone except me.

So there I am in the thrift store in tears, retracing my steps, trying to find my beloved, black, well-worn Kenneth Cole wallet. My daughter is alerting all store personnel. My husband is walking around the building to see if anyone has tossed it. In the meantime, the floor manager tells me that they can look at the video tapes in the morning to see if they can identify who picked up my wallet, since I can pretty much identify where I lost it: at the counter where I was looking at things in the case for my daughter who is not my daughter who works at the store but we’re not telling anyone. I snuffle my nose, tell them “thamk you veby much” and leave my personal infor

So tomorrow morning I’ll find out if one of the store’s regulars picked up my wallet. At this point, I just want my insurance cards and my picture of Caitlin. I just want the thief to do what a good thief should do and that’s to take the money and toss the wallet. I know that it’s too much to hope that I’ll get the wallet back with everything; although, that did happen to me once, when I left my purse on the roof of my car, and went into my apartment. I didn’t even miss the purse until the police department called me late that night to inform me that someone had turned in my purse. Everything was inside. The same thing happened to my ex-husband: his wallet fell out of his pocket at a movie theater. It was turned in with everything still inside, so I do have faith that good things can happen.

It’s just that right now, it’s hard to believe in the good part. I’m still full of self-pity and self-loathing at my own stupidity, which I know, will pass. But right now, I want to wallow, so I’m going to get under the covers with the Jack Russells and feel sorry for myself.