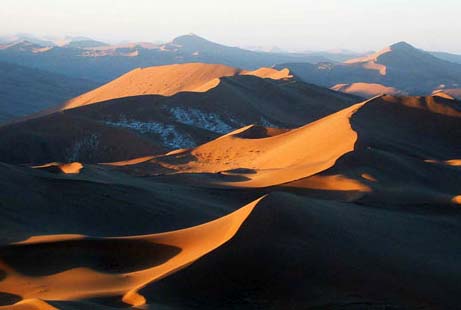 “A desert is a place without expecation” ~ Nadine Gordimer

I’m not really sure how to begin to describe the state in which I have found myself me these past few days, but I think, fear, that I am moving into a dry, unproductive period again, and it’s actually really pissing me off. I mean, here I am, all proud of myself for the discipline that I’ve been devoting to my writing in the last four, five months. Sitting here at this computer, opining on this, commenting on that, and the words flowing so freely that putting in my self-imposed two hours just seemed to be that—self-imposed and therefore needless. After all, I was spending much more time than that each day . . . doing what, exactly?

Practicing my craft? Is that what I’ve really been doing: honing my writing skills, amassing thoughts and passages that I could assimilate into that wonderful creation that would be . . . what?

I’ve been so enamored of my routine, something that I could never before master, that I had actually forgotten about the equally engrossing but far less proliferate phenomenon: writer’s block. As in, I can think of nothing to say. Nothing of substance, that is. Or to be more precise, I still have much to say, enough for eons actually, but I cannot make the words work. They are not connecting, as if some synapse somewhere in my recesses has shut down and is refusing to fire.

So this leaves me . . . patently pissed off, perplexed, panicked, and paranoid, even. After months and months of an endless flow, what has changed? Has something in me changed or has my ability to let my fingers wander freely over these keys been damaged by something else? Is it temporary? Days, perhaps weeks. Or will it be like the last time? Years before I could find my way back to words, lost in mile after mile of a  desert barren of creative invention.

Hence I am in a state of heightened anxiety, which, as any of you who create know, only exacerbates the problem. Do I call a time out? Do I say firmly to myself, “Step away from the keyboard until you can make it sing again,” or do I fumble my way through this.

I have two theories about my current state, neither of which are good:

The first, is that I have just been slowly weaned off my migraine medicine, which I had been on for several years. The number of bad side effects was beginning to counteract the very real benefit of migraine prevention, or at least slowdown. While on this medicine, I noticed that my ability to speak was being impaired, as in, I could not find words, could not articulate, could not remember the names of common items. As I said to my doctor, this loss of articulation, train of thought, is a kind of hell for someone who used to teach English.

In addition, I was losing hand-fulls of hair, which, even when you have as much hair as I do, can be quite worrisome. And, I always felt drained and tired. Malaise was a constant companion. Granted, the drained and tired may or may not be related to the medicine as I do have other conditions that could be causing the fatigue, but was the medicine actually making the fatigue worse? Or how about constant tingling in the wrists, which was not as I had assumed, carpal tunnel syndrome. (By the way, it just took me two minutes to remember the phrase carpal tunnel syndrome.)

Case in point. I asked Corey, quite seriously, if I have always been like this, to which he replied in the negative. He has been telling me for a while that I was having memory problems, but I have staunchly denied it. I thought that it was stress, told myself it was stress. As it turns out, this doping effect on short-term memory is but one of the more common side effects of taking this medication long-term.

After some more research and reflection on these and several other wonderful side effects versus the benefit of having fewer migraines of shorter duration, I did think that perhaps a change in my medication was due, hence, the withdrawal.

With the withdrawal of this medicine from my system, I do have more energy, and my hair is no longer coming out in my hands in the shower. However, I cannot write. To borrow from just a recent post of mine, those three words are like Brutus’s “unkindest cut of all.”

Unfortunately, this whole scenario reminds me of what happened many years ago when the doctors first put my on the cure-all Prozac to get me through my interminable grief: Yes, I wasn’t crying all of the time. However, I also wasn’t feeling anything—at all—nothing. If I had had to describe myself in one word at that time, I would have used the word cardboard. I told the doctor who I was seeing at that time that I would rather be crying and depressed than a zombie. The Prozac went away and thus began my long trial and error with the pharmacopoeia of antidepressants and anti-anxiety meds, a long and very crooked road that has brought me to this point in my post and to this post.

Am I no longer able to write because my chemical make-up has been altered so drastically by removing this one medicine to prevent migraines? And if so, just how powerful was that drug? And if the consequence of stopping that drug is that I cannot write, is it a price that I am willing to pay?

This introspection is more than mere navel-gazing; I assure you. If I cannot spend several hours a day writing, and I am not working any more, does my self-fulfilling prophesy about being on disability come true: that I will retire to my bedroom and become the hermit that I wrote about all those months ago?

What was the other theory? That I was never really able to write in the first place, and that, dear friends, is the slippery slope that many would-be writers, once they begin to ascend, often do not return from (end preposition acknowledged).

Navel-gazing is not for the faint of heart. More later? Peace.