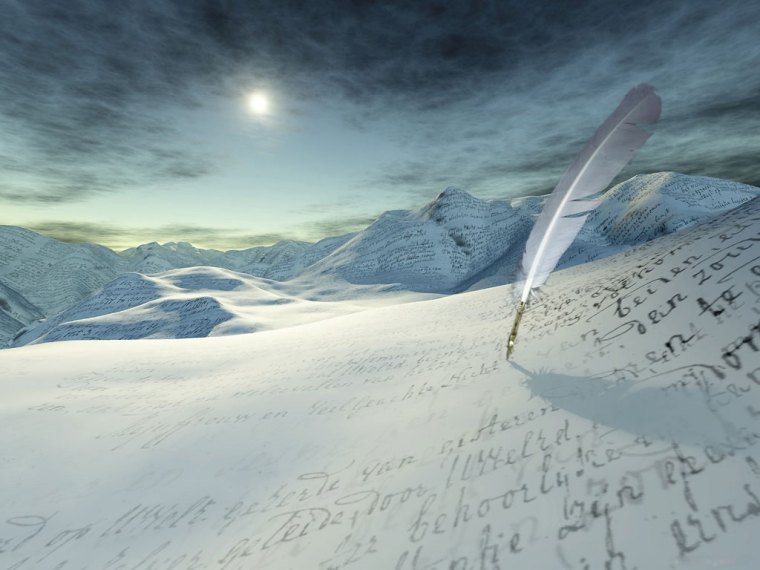 “We are healed of a suffering only by expressing it to the full.” ~ Marcel Proust

“Words are of course, the most powerful drug used by mankind” ~ Rudyard Kipling

It has been a few days since my last post in which I wrote about not being able to write. I proposed that my inability to write might be chemical, might be emotional. I finished that entry, posted it, and did not come near my computer for more than 48 hours. On the third day, I looked in on some regular sites, made a couple of short comments, then walked away from the computer again. It was as if the keys themselves had evolved into hot coals, devices of torture.

My computer, my sounding board, had become my personal albatross, but instead of hanging round my neck, it sat quietly humming in the corner of the bedroom, taunting me, as if to say, “I’m waiting.” At times during the past few days, I have glared at my computer, wishing its presence away rather than having to set my fingers to the keyboard again. At other moments, I have looked at it longingly, wishing that I could reconnect with it, and in so doing, with myself.

That’s not to say that I haven’t been reading; I’ve been reading notes of support from faithful readers, all essentially saying the same thing: It will be okay. When you are ready, the words will come. Those missives have been manna, sustaining me, reminding me that anyone who writes experiences periods of drought, periods in which the words simply will not form, will not make that connection from all of the fiercely firing thoughts racing through the brain to a message that is not even necessarily well formed, just simply a message, a communication of some sort, any sort.

“The way we communicate with others and with ourselves ultimately determines the quality of our lives.” ~ Anthony Robbins

But this time, this time was different, and I knew it. You see, I had come so far in my journey this time, that to abandon it, or to let it abandon me, simply was not an option.

And so I sat down this afternoon, placed my fingers on the keyboard as I have done a thousand times before, and instead of waiting for the words to come, I went searching for them, knowing them to be harbored somewhere deep within the recesses of my mind. I opened doors to thoughts. I walked down hallways of the past. I flung open windows of memory. And then I suddenly realized that I was looking in the wrong place.

“We are cups, constantly and quietly being filled. The trick is, knowing how to tip ourselves over and let the beautiful stuff out” ~ Ray Bradbury

The words were not in my mind. They were in my heart, within these four chambers that enclose all of my passion and all of my grief. All of my desires and all of my fears. All of the joy and sorrow and all of the other countless contradictions that make me who and what I am: a woman who loves deeply, who protects fiercely, and who, when hurting the most, feels the least capable.

I allowed myself the indulgence of moving through this place—intimately familiar yet foreign at times. And I realized that the words were not gone, were not lost, and neither was I. That in the midst of my outward sadness, I had erected a barrier of protection, as often I am wont to do. I had allowed my fear to paralyze me: If I did not try to write, then I could not fail to write.

So in the end, I wrote—an explanation as much for myself as for anyone else. Yes, the doubt still lingers, probably always shall: am I good enough? Does what I do matter? To those questions, I may never have an answer, or rather, the answer. But perhaps I understand the doubt a bit more, can look it in the eye for what it is.

“Self-expression must pass into communication for its fulfillment.” Pearl S. Buck

I sit here and write because I have something to say. Just exactly what I say does not necessarily have to be profound or deep or even eloquently written, no matter how much I might wish it to be. But in the saying, I am sending out the words because I want them to be read. And in the reading, I want the words affirmed and myself to be understood. It is my communion.

We are no different than the other beasts of the world in sending out our calls to our own kind, hoping for responses, acknowledgement that another like us is nearby. Our reasons for so doing are as varied as the calls of the birds outside my bedroom window just before dawn. Our methods vary: Some compose music, stringing together harmonies; others paint or draw, creating beauty and introspection that can be seen. And then others, those of us who would, write.

We create to communicate, to share, to remember and be remembered. Regardless of the trappings of our media, we communicate because we can, and if we did not, then we would perish as people.

6 thoughts on ““Words are the voice of the heart” ~ Confucius”