Update on the Current State of Affairs in Our Household: 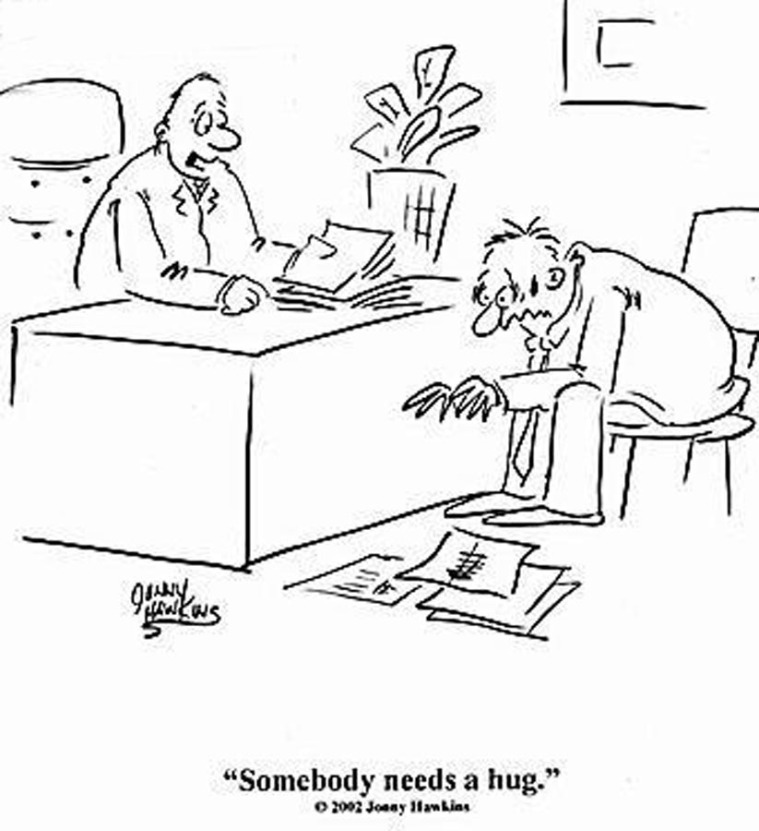 I sat down at the computer yesterday afternoon around 2:30. I didn’t get up until 1 a.m. I was doing our taxes using one of the online programs. It was incredibly painful, taxing even (is that where the term originates?). So I e-filed our federal and state returns around 1 in the morning. When I did my error check, I came back with no errors. Hooray for me. I’ll tell you, I was grasping for every single deduction and credit I could find (while staying within the limits of the law!), and even then, we were in the owing category for a while.

This year, we had fewer deductions than last year; couple that with the fact that Corey was on unemployment for most of the year and had no taxes taken out on that, which means that we are getting a much smaller refund. I know a lot of people prefer to break even at tax time because the logic is that you don’t want the government to have your money in an essentially interest-free account during the year. But the fact is, a nice, big refund is like a boon for us. It allows us to do things like go on vacation or put on a new roof or continue to renovate the house. We wouldn’t be able to save otherwise because we always end up tapping into our savings during the year because there are always emergencies.

At one point, we actually did have a nice savings account, but those days are past. I’m hoping that we can get back to saving once Corey gets back to work, but I won’t hold my breath.

Speaking of Corey getting back to work, we are going to use part of the refund to pay for another class in the hopes that after this particular class and endorsement, he will be more employable on a wider class of boats. The tug boat industry is so tight right now that jobs are at a premium.

Once he completes this class and joins a different union, we are hoping that he might be able to catch some boats out of the Gulf Coast or even West Coast. The pay is better, and the companies fly their people to and from jobs. Keep your fingers crossed and think good thoughts because we really need this.

I’d like to report that we successfully made it through the coldest part of winter using only space heaters and lots of blankets. We plan to pay off our exorbitant balance with the gas company with the other part of our tax refund. I would really like to stick to that plan and not have to be diverted.

Once we get the natural gas turned back on, that means that Corey can install the whole house hot water system that we’ve had in a box for almost a year. This system is supposed to provide hot water on demand throughout the entire house. I’m really looking forward to that as the electric water heater that we got for the interim sucks big time. Being able to take long hot showers has been an impossibility, and everyone must wait at least a half an hour between showers unless you want a cold shower.

I’ve really missed being able to take a long hot bath without having to boil water to add to the available hot water. It’s more of a pain for Corey than me since he has to tote the hot water into the bathroom, and each time he does, Shakes attacks his toes because he thinks that Corey is bringing in some kind of weapon to hurt me. Shakes is a serious mama’s boy. Have I mentioned that?

So my oldest son turned 18 yesterday. We were able to take the family out to dinner on Sunday night. It was Corey, me, Eamonn, Brett, and Alexis, which was really nice. Of course, Eamonn’s friend and my pseudo-adopted son Josh came along too. He spends more time at our house than his, but we really don’t mind. He’s a nice kid and fits in with our familial quirkiness really well.

For Eamonn’s birthday present, Brett bought him a Bob Marley t-shirt, which was a big hit. Alexis got him a Scarface poster to hang in his room and a small stuffed penguin (he loves penguins)—both big hits. Corey and I gave him a new silver chain for his cross, only to find out that the cross is broken at the top (another jewelry repair to add to the list), some new studs for his ear, and a handwritten coupon towards a tattoo.

Eamonn envisions having wings put on his back, which I am not opposed to, but that’s something that he’s going to have to pay for as I’m sure that it would be quite costly. But above the wings he wants to put a Latin phrase, which at the moment I cannot recall. We figure our promise of funds will cover the Latin phrase.

Sweet Dreams These Are Not

I have been having the wildest most violent dreams this past week. I don’t know if this is a side effect of my new migraine medicine, but if it is, I hope that it passes. In one dream I was involved in an altercation that involved a rocket launcher being aimed directly at me, and then lots of stone throwing (symbolic, huh?).

But last night, or rather this morning, I had a very controversy-filled dream that involved all kinds of people. In one part, I was with my friends from ODU Mari and Marty. The three of us used to go to lunch together. Well in my dream, we were shopping for wine and cheese, and then we were going to go to my house to relax. Marty ended up drinking a bottle of wine (she doesn’t drink in real life) and getting very ugly.

The dream continued to the next part in which I was having an argument with my former father-in-law, which never would have happened as he is very laid back, and he stormed out of Alexis’s birthday party. In the dream, she was still a little girl. After he stormed out, I had an altercation with Alexis and hit her repeatedly. Again, this is not something that ever happened or would happen in real life.

I woke up gasping and feeling completely discombobulated. I have to tell you, dreams like those are so unnerving that they stay with me for days, and I probably read too much into them. Why did I dream that? What did that mean? I psychoanalyze myself like crazy, which makes me, well, crazy.

It has been raining here for seven straight days. What, is this Seattle? The worst part about the rain is that I have to dry off the dogs each time they go out, or they have muddy paws. Occasionally, one of them slips past me when I’m drying off the others, which results in muddy paw prints on my sheets.

Can I just tell you how absolutely annoying that is? I know that I have wiped muddy paw prints off the bed at least four times during this god-awful rain. I’m not about to yank the sheets off every time one of the dogs jumps on the bed with wet paws or I’d be washing my sheets every day. Changing the sheets on a normal basis is a hard enough task for me, what with the bending over.

Our backyard looks like a marsh, and I swear that there is a mud puddle that is at least three inches deep and about four feet long. Of course the dogs walk through this pool of muddy water each and every time they go outside. I know that it’s deliberate because they think that it’s pretty funny to watch me spaz out when they do it. I think that Tillie is the ringleader with the whole puddle thing, but don’t tell Corey because according to him, Tillie can do no wrong.

Well, that’s all of the latest news. Nothing exciting really. Just needed to write about it so that some day I could look back on this and think: Geez you have a boring life . . .