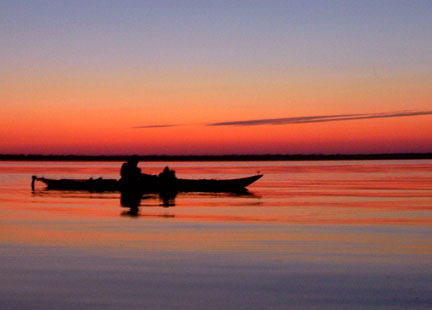 “When preparing to travel, lay out all your clothes and all your money.  Then take half the clothes and twice the money.” ~ Susan Heller

Well, this is the latest on our planned trip to Ohio: Corey bought the new tire today and had all of the tires rotated and balanced. The Trooper is still acting funny, which gives all of us a warm, happy feeling.

I think that we are going to try to change the brakes and fix the one window while we are in Ohio and Corey can get some help from his brother and his cousin, both of whom know a lot about cars. At least, that was the plan yesterday.

We both tend to get a little anxious and testy before these trips because it’s not just a three hour trip to D.C. It’s a good 12 hours in the car, through mountains. While the Trooper is a very comfortable SUV that does reasonably well on gas, she’s been driven hard for the last few years, and she just isn’t what she used to be. I’m hoping that this will be her last long trip.

“And that’s the wonderful thing about family travel:  it provides you with experiences that will remain locked forever in the scar tissue of your mind.” ~ Dave Barry

We’ve decided to get a motel room  in Sidney, which is outside of Bellefontaine (a lovey French word which is pronounced Bell Fountain in Ohio???). It will be easier for everyone because our arrival is supposed to be a surprise for Corey’s dad, and while Chad, one of Corey’s brothers, had invited us to stay in his house, it’s really too much for the three of us plus Tillie to show up at his house, which is not any bigger than ours, and his girlfriend’s kids have all been bitten by dogs, which makes them dog-shy.

Tillie wouldn’t bite anyone, but try to get a child who sees a big black dog to understand that. It’s simply not fair to the children.

So we’ve found a fairly inexpensive hotel that is pet-friendly and is on the way to Indian Lake, which is where we are supposed to meet everyone on Saturday.

In spite of all of the pre-travel stress, I know that Corey is looking forward to seeing all of his family and spending some quality time with them. I’m looking forward to exploring more of Indian Lake as the last time that we were there, I was unaware that there was a nature trail. I’m also hoping to rent a kayak.

I haven’t been kayaking in years, but it is not terribly strenuous to do. For a while, I harbored a desire to own my own kayak and taking it out on the Chesapeake Bay. Ah well. So much for that.

“What do nudists wear on casual Fridays?” ~ A.J. Esther

So those are the big travel plans. Eamonn’s job will be to look after the two Jack Russells, who are staying home, and to take care of the house. I don’t anticipate any parties, but with Eamonn, I would never try to predict.

Aside from the upcoming trip, there really isn’t much to talk about. Corey and I spent hours yesterday doing laundry, getting caught up with all of that as Brett informed us that he did not have any shorts. He has shorts, but they were all in the dirty clothes hamper.

Poor Brett. Eamonn manages to acquire clothes that aren’t his on a continual basis, so every once in a while, I take Brett in Eamonn’s room (when Eamonn is gone, of course) and ask him to look through the clothes to see if anything is his. I must clarify, though. Eamonn acquires clothes from everywhere. We have strange things show up in our laundry all of the time—by strange, I mean that I know with certainty that I never purchased these clothes and that I have never seen them before.

My mom used to hate that when I was in school. I would come out into the living room wearing a shirt, and she would say, “Where did that come from?” The answer would usually be Sarah. But mom would go on a rant about how I had plenty of clothes of my own, and didn’t she buy me enough clothes, and what would people think?

I always loved that one: what would people think? Like the guy at the mall was going to know that the shirt I was wearing wasn’t mine? I dunno. My mom had some major quirks about clothes and jewelry. I suppose that she still does, considering that she always has a kind word to say about whatever I happen to be wearing, which is really annoying because she is always trying to give me an outfit that she bought for herself that doesn’t work.

Consider: My mother is about five inches shorter than I am. Her tastes run to fancy t-shirts. She tried to give me an ecru shirt and pants with some kind of embroidery on it and then became really pissed when I told her that I cannot wear ecru becase it makes me look yellow. She said that the set was beige and had never heard of people who can’t wear certain colors.

This is my mother, who has witnessed certain colors of clothes turn me a wonderful shade of jaundice.

I really wish that I had some chocolate to sweeten my disposition because right now, I’m feeling pretty gnarly. Not happy. Not angry. Just gnarly. Only way I know how to describe it.

I’m pretty sure that a chocolate shake from Sonic would help the situation. That or it would give me a headache. Ah, life’s choices. The rich pageantry.

I wrote this post last night but forgot to post it. Amazing. Don’t know where my mind is. Then realized that once again, a paragraph had disappeared from my earlier version. My computer has a ghost.