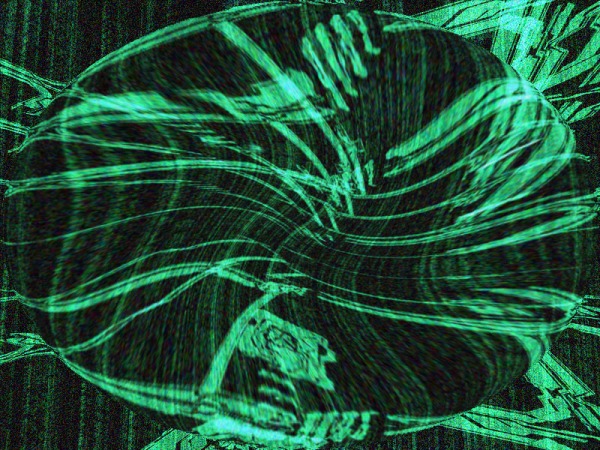 “It would appear that we have reached the limits of what it is possible to achieve with computer technology, although one should be careful with such statements as they tend to sound pretty silly in 5 years.” ~ Johann von Neumann (1949)

Had an appointment with my headache doctor this morning. New strategy: Lots of magnesium and no more of that specific class of preventive meds that have been giving me so many negative side effects. Also a new medicine for migraine onset. The doctor gave me a couple of samples (did you know that pharmaceutical companies are doing away with reps and delivering samples to offices? I didn’t either. I love samples). When I showed the samples to Corey, he said, “Haven’t you already tried that one?” I’ve tried so many different ones that I really cannot say whether or not this is a repeat. We’ll see.

Anyway, here’s hoping that this latest combo will work . . . who knows. Got 14 trigger shots from neck down, and then I came home and crashed, really crashed. Probably had the soundest four hours of sleep that I’ve had in the past three weeks. Go figure.

While waiting for the doctor, I skimmed a copy of  Newsweek, and I came across an article that says that Google is losing money on YouTube. Apparently, when ruler of the information highway first acquired YouTube for $1.65 bilion in 2006, Google thought that it was buying a cash cow.

YouTube, which most everyone knows, is a site that supports user-generated content. This content, which is uploaded to YouTube at something akin to the speed of light, eats up bandwidth (for storage, retrieval, shuttling, etc.). According to a report cited by Slate Magazine, those who know these things (you know, forecasters, them), say that YouTube’s broadband connection will probably runs around $350 to $400 million a year.

Then, Google has to pay for the rights to show licensed material that is submitted by professionals. That’s another $250 million or so. The result is that by the end of 2009, YouTube will have cost Google an estimated $500 million or more, depending. These are all industry estimates as Google isn’t too keen on revealing exactly how much of their $6 billion in profit is being dropped on YouTube.

“I see little commercial potential for the Internet for at least ten years.” ~ Bill Gates (1994)

Apparently, Google thought that they would be able to support YouTube with sidebar tile advertising on the site. What they didn’t count on was that advertisers really don’t want to spend thousands and thousands of dollars to have their product placement next to a video of a skateboarding dog (although I don’t really understand why because that dog is awesome (kidding, just kidding)). So the stream of advertising revenue has been, shall we say, running dry, which makes YouTube a big old albatross around Google’s neck.

Granted, Google’s profit neck is pretty hefty, but almost half a billion dollars is a big money pit.

According to the article, YouTube is “the third-biggest site on the Internet, with 426 million monthly visitors who upload 20 hours of video every minute.” That, my friends, is a lot of streaming and a megaton of bandwidth. I’ll bet those former PayPal employees who created YouTube are patting their pockets knowingly. Their sale of YouTube to Google, making the site a subsidiary of Google, garnered the former owners a nice profit, and they got out while the getting was good: before the explosive expansion of YouTube.

“Tell me and I forget.  Teach me and I remember.  Involve me and I learn.” ~ Benjamin Franklin

Personally, as you probably know from reading my blog, I love YouTube. I think that it’s one of the best inventions since Twizzlers in a four-pound plastic tub. I mean think about it, YouTube brought politics into the homes of millions of people last year. Because of posts by ordinary people, we were able to see pictures of President Obama’s speech at the Democratic National Convention that showed angles different from mainstream media.

The political process—something too many Americans ignore—became the subject matter of countless videos uploaded by ordinary people. Thanks to YouTube, videos of the Presidential inauguration became almost instantly available, a bonus for those of us who were unable to attend the historic event.

Not to mention the fact that YouTube is a great source of music videos created by people with computers and an eye for images that pair well with a song. YouTube allows the world access to bands and musicians of which they may have never heard.

YouTube also brings stark images of our fallen warriors coming home, of our dedicated service men and women in the field—things we used to be able to see only on the evening news, and then for only a moment or two.

Granted, YouTube is also a source of complete idiocy: Videos of celebrities making complete fools of themselves, images of people falling off ladders, minutes of nothing but callers to radio shows revealing their ignorance. It’s free entertainment for the masses, and the masses cannot get enough of it.

“The next best thing to knowing something is knowing where to find it.” ~ Samuel Johnson

All of that being said, I have no doubts that the brains at Google will eventually come up with some way to crunch the bandwidth problem so that the profit to loss margin for running YouTube can be reversed.

And YouTube has taken its place in Internet culture: For every silly baby face video, there exists another video of an, as yet, unknown guitar player in his bedroom. Remember the unknown Korean student who played Pachelbel’s Canon on the electric guitar? His video is ranked as the 6th most viewed video in the history of the site. Oh, and he isn’t unknown any more. Initially known as “funtwo,” the extremely talented guitarist was identified as Jeong-Hyun Lim, and his hands are amazing.

Undoubtedly, YouTube has become an integral part of computing for millions of people. Internet Cafes: the new social scene. Cruise one, and chances are good that someone is going to be streaming YouTube. Isn’t cyberspace a wonderful thing?

“This is just the beginning, the beginning of understanding that cyberspace has no limits, no boundaries.” ~ Nicholas Negroponte

I thought it only fitting to close this post with my latest discovery, which I got from Tweetzy Deetzy on Twitter. Here is Finland’s Apocalyptica doing “Nothing Else Matters.” Awesome and then some.