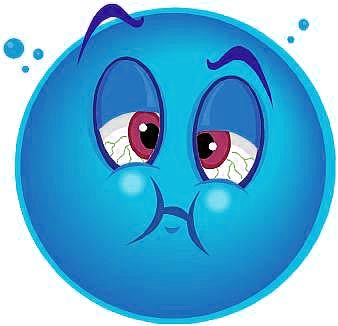 “My dear, if you could give me a cup of tea to clear my muddle of a head I should better understand your affairs.” ~ Charles Dickens

Warmer today. The snow is melting, but the people around here are driving as if a sheet of ice were covering the roads, and local schools have cancelled classes tomorrow for another day. Man. I just don’t understand. As I said to Brett, these people have no idea what it is to drive in real snow. I feel comfortable in saying that after our arduous trek in the December blizzard.

Some woman in the waiting room at the doctor’s office was wearing a very smelly perfume, which made me feel absolutely horrid: watering eyes, stuffy nose, nausea. I haven’t been affected by a scent like that in a long time. As a result, and probably in combination with, I feel like I have a bad head cold—yet again. I really don’t know if the perfume/cologne would still be affecting me, so that’s why I think that I might also be catching another cold.

Anyway, feel awful. Woke up with a headache, and haven’t seemed to recover since then. Having two telephone calls from Eamonn while I was waiting in the doctor’s office did not help. I’m sure. He wants to know when his telephone will be turned back on. Who knows . . . The long and short of it was that I asked him to do me a very small favor (truly, it was small), and he was not so inclined. You would think that I asked him to shave his head or something equally bizarre. Heavens. I am not so inclined to rush to pay the phone bill, especially since I hate the blasted thing anyway.

Don’t mind me. I feel foul, and my mood reflects it, which is why this post will be short. I’m going to crawl into bed, wrap the blankets up to my chin, and finish reading Harry Potter 4. Perhaps another cup of hot tea, balm for my disposition and what ails me. Then? We’ll just have to see if there is a then. With any luck, then will be sleep.