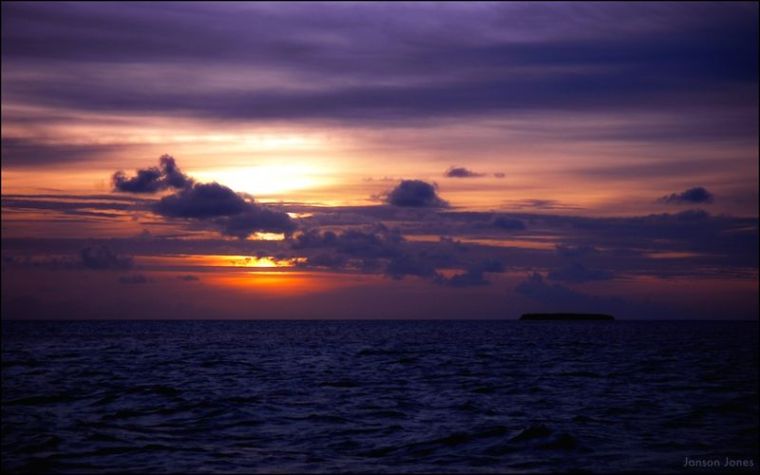 “A person has three choices in life. You can swim against the tide and get exhausted, or you can tread water and let the tide sweep you away, or you can swim with the tide, and let it take you where it wants you to go.” ~ Diane Frolov and Andrew Schneider, Northern Exposure

Wow. The sun is shining. The birds are singing. My head is ringing. It’s a beautiful day in the neighborhood . . .

I sat down to post yesterday and realized that I didn’t have anything to say. I hate it when that happens. I will be so glad when this latest bout of whatever finally passes. It’s hard to label it as I don’t really know what it is. Not the blues. More a total lack of energy and constant head pressure. I have been good for absolutely nothing, and it grows weary.

My cohort Janson Jones in Alaska has been posting some beautiful pictures of Florida on his blog Floridana v3.0, so I thought that I’d share a few with you. Lovely Florida Keys skies. Wish I was there. Actually, I really do wish that I was there as I’ve never been to the Florida Keys but have loved looking at pictures of that area for years. Warm weather, beautiful skies, umbrella drinks—I could do with a little of that right now. 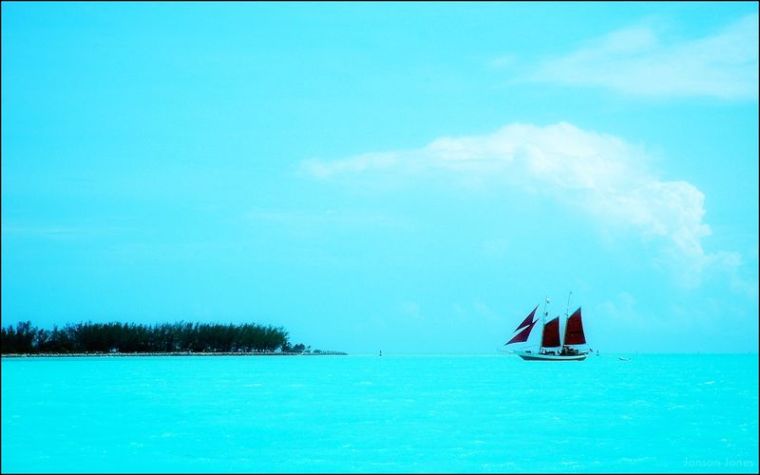 “The journey between what you once were and who you are now becoming is where the dance of life really takes place.” ~ Barbara De Angelis

Let’s see. On the home front, Corey has applied for a few port security positions. His Coast Guard training makes him qualified to do that, so maybe he can pick up a job in port security until the tugboat industry gets back on its feet. Who knows when that will be. He hasn’t given up on Vane Brothers, but delivery of their new boat seems to be open-ended at this point. Unfortunately, bills are not open-ended. Hence, the temporary change in focus.

Haven’t seen much of Alexis lately. I don’t really know what’s up with her. She could be in another one of her moods, or she could just be terribly busy with her life. I try not to read too much into it, having grown accustomed to my daughter’s mood swings.

I do wish that things would even out for Brett, though. He is on new medication, and seems to be a bit better, but high school has become such an albatross for him that at this point, we are just counting down until graduation. It’s weird, really, how high school can be such a defining experience for some people and not others.  For Brett, it is nothing but something to be endured. For Eamonn, everyday was a party. My sons are so different in so many ways. I try to remind Brett that high school is really very small in the big scheme of things, just a blip on the radar, so to speak. But I know that it’s hard for him to see it that way until he has some distance.

I’m still not sure if he is going to be ready to tackle college in the fall, but I’m thinking that maybe a bit of time off from academics might be what he needs to figure out what he wants to do with his life. No one ever tells you about this part of parenthood: having to stand by helpless while one of your children is suffering and being able to do little to nothing to make it better. Such a horrible feeling but nothing compared to what he is feeling.

I just wish that it were somehow possible to absorb other’s pain, to take away the hurts and replace them with a sense of calm. If wishes were fishes . . .

“I sleep and I unsleep. On the other side of me, beyond where I lie down, the silence of the house touches infinity. I hear time falling, drop by drop, and no falling drop is heard falling.” ~ Fernando Pessoa, A Factless Autobiography

I’m back to having violent dreams again. A couple of nights ago, my dream involved knives, lots of sharp knives, and trying to escape from someone in a tunnel that was filling with water. Before that I had a dream with guns again. Maybe it’s too much NCIS. I only know that I wake up exhausted from fighting bad guys. I suppose I should be thankful that I’m sleeping, given the alternative, but is it too much to ask for sleep with restful, pleasant dreams? Probably.

The songbirds are beginning their pre-dawn canticles, so spring cannot be too far. Each morning around 4 a.m., if the house is silent, I can hear them. It’s such a lovely sound, yet I wish that I were actually sleeping rather than listening to them sing.

I will be glad for spring, though. Using space heaters makes the house very, very dry, which I’m sure does not help the sinuses. And the space heaters, along with the electric water heater and all of the other electrical appliances are killing the power bill. At the moment, it’s more than a car payment, and if you’ve made a car payment in the last few years, you know how high that can be.

Someday we’ll be able to install the whole-house gas-on-demand hot water heater that we have; it’s currently sitting in the box it came in, in the storage shed in the back yard. I hate the electric water heater. It’s not power efficient, and it’s small, which means no long showers unless your preference is for cold showers. But it was an electric water heater or no hot water at all until we make friends with Virginia Natural Gas again.

Power companies are such ripoffs. In our area, Virginia Power and Virginia Natural Gas are monopolies. We have no alternative sources for electricity or natural gas. Bah.

Music by Australian trio Sick Puppies, “That Time of Year” (heard on an NCIS episode)

That Time of Year

Another Year
Has Come and Gone again
Look around
And think where have you been
Trace the Lines
On your face tonight
And don’t forget
That this will pass in time
It’s cold out this morning
You should be getting into bed
Can’t believe its that time
Of year again
Curled up tight
A darker shade of white
Thinking Back could be here for a while
Its cold out this morning
And it’s getting harder to pretend
Can’t believe it’s that time of year again
Can you believe the life you led?
Did you achieve the goals you set?
Did you lose your mind?
Well and then
Is there a reason you own them
It is a season that won’t end
Can’t believe it That time of year again