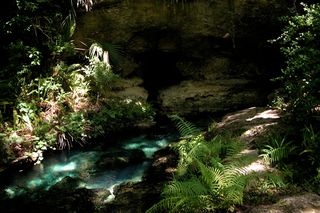 “That’s the news from Lake Woebegon, where all the women are strong, all the men are good-looking, and all the children are above average.” ~ Garrison Keiller

Another very warm day here. The dogs are aching to get in the pool, but since our filter died at the end of last season, I fear that the pool may be off-limits for a bit.

Not sure when the Internet will go out, but I know that it’s coming, so I thought that I’d post while I have the chance. Although, I don’t have terribly much to say today. Kind of a slow day as far as firing the synapses. Feel sluggish and achy, and the daily headaches haven’t eased up yet. I have an appointment with the pain management doctor in a couple of weeks; had to cancel last month’s appointment since I had no money for the visit. We’ll just have to wait to see what happens with the upcoming appointment. I need my shots, though.

Alexis did get good news from her neurologist today. The tests showed no lesions on her brain, so he does not believe that she has epilepsy. He is testing her B12 levels to try to ascertain why she has so many problems sleeping. If it turns out not to be physiological, then she probably inherited her wacky sleep habits from her mother, especially in light of the fact that I did not sleep last night and was unable to accompany Alexis to her appointment. Chalk up one more thing to genetics.

Corey had port security training today, and then he went for an appointment with the Census people (you know, those communists who want to know how many people live in your house). He had to take a test, and he was a bit upset that he didn’t finish the test within the time limit, even though he did pass. I think that they’ll let him take the test again if he wants to do so. Now they have to do a background check on hin. Those tea baggers who are so anti-census should at least feel better that the government isn’t just hiring anyone off the streets as census takers.

Anyway, it seems that the census people are paying a good hourly wage for helpers. It’s all part of that big government conspiracy, I’m sure.

“It’s [Fox News] like watching a Disney movie about the news.” ~ Stephen Colbert

Music by Ben Harper, “Faithfully Remain” (not sure if this is a repeat; if so, sorry)