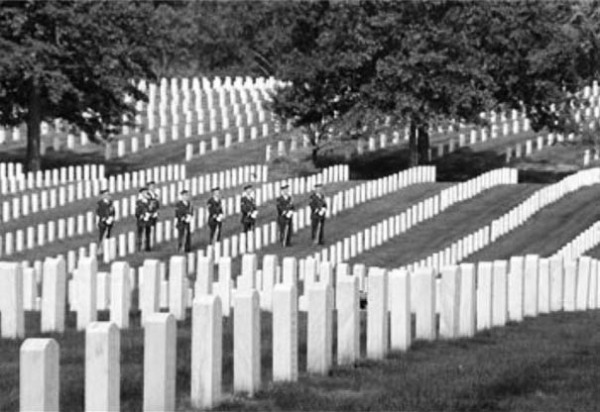 For a look back on what I think is one of my better posts on the price of war, click on this link:

“Four things support the world: the learning of the wise, the justice of the great, the prayers of the good, and the valor of the brave.” ~ Muhammad

Memorial Day is upon us again. I won’t bother to harp on how this day—which was created to honor our fallen, our warriors, our heroes—has turned into yet another shopping extravaganza, a three-day weekend heralding beach weather, a day off from work with pay. Originally called Decoration Day, Memorial Day is celebrated on the last Monday in May. The first known celebration was after the Civil War in 1866 in Waterloo, New York, to honor fallen Union soldiers.

In 1971, the name was officially changed to Memorial Day as part of the Uniform Holidays Bill, which created three three-day weekends: President’s Day, Veterans’ Day, and Memorial Day. In 1978, Veterans’ Day was changed back to its original date of November 11. The VWF has long taken issue with the official date change from May 30 to the last Monday in May as having “undermined the very meaning of the holiday” (2002 address).

In my own attempt to honor those who serve, I thought that I would do a post on something quite timely: I came across this piece by Chris Matthews of MSNBC’s “Hardball.” Matthews is one of my favorite political analysts. He isn’t afraid to be enthusiastic, nor is he reluctant to admit that he might be wrong. But I felt that this particular piece about a gay man in the military is wholly appropriate for Memorial Day. The sexual orientation of the person who stands next to you when you go into battle matters less than the person’s ability to do his or her job, less than that individual’s belief in country, less than that man or woman’s commitment to having the back of the man or woman five feet away.

Don’t Ask Don’t Tell was essentially a slap in the face, yet another thing that Clinton backpeddled on and soft soaped. Gays have been serving in the military for as long as there has been war. If you don’t believe that, then your head is stuck somewhere, not sure where. And these people deserve the right to have their partners informed when they are hurt, or worse, killed in action. These dedicated men and women deserve no less and no more than anyone else in their companies, their units, their battalions.

Memorial Day is a day to remember, a day to pause and reflect. Memorial Day should be the same for everyone because blood that is shed runs red, regardless of faith, orientation, political belief, or color.  I long for the day when there will be no need to send our brothers and sisters, husbands and wives, daughters and sons to war, but I know that that time will not come in my lifetime.

Peace be with you all.