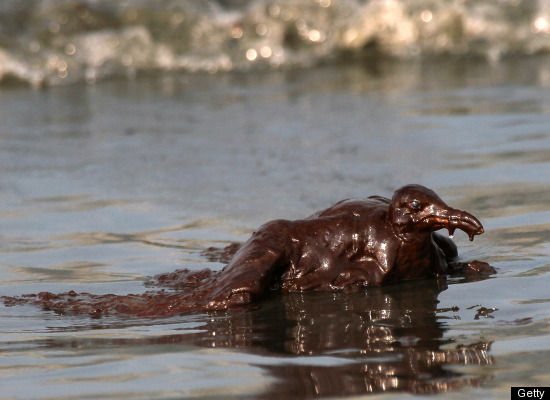 “The insufferable arrogance of human beings to think that Nature was made solely for their benefit, as if it was conceivable that the sun had been set afire merely to ripen men’s apples and head their cabbages.” ~ Savinien de Cyrano de Bergerac, États et empires de la lune, 1656

Forty-five days ago (April 20, 2010), a catastrophic explosion at Deepwater Horizon set into motion this country’s worst environmental disasters. I have yet to write about the oil spill not because I do not care about what is happening, but because I am so enraged that I cannot gather my thoughts into a cogent post that is nothing more than ranting. But I suppose what really set me off and got me to post finally is the latest from Sarah Palin on the spill. With her usual flow of illogic—which I have stopped trying to analyze—Palin blames extreme environmentalists for the massive spill:

With [environmentalists’] nonsensical efforts to lock up safer drilling areas, all you’re doing is outsourcing energy development, which makes us more controlled by foreign countries, less safe, and less prosperous on a dirtier planet. Your hypocrisy is showing. You’re not preventing environmental hazards; you’re outsourcing them and making drilling more dangerous.

Extreme deep water drilling is not the preferred choice to meet our country’s energy needs, but your protests and lawsuits and lies about onshore and shallow water drilling have locked up safer areas. It’s catching up with you. The tragic, unprecedented deep water Gulf oil spill proves it.

That’s right, Palin. It’s the environmentalists, you know, the same ones who claim that there is global warming. Preposterous, right? I mean, it did snow this past winter, didn’t it?

“I do not think there should be a limit on the rig’s liability, because they are sitting on top of unlimited amounts of oil, and thus, there could be an explosion occur that could do untold damage . . . The amount of damage that an offshore oil rig can do is infinite.” ~ John Chafee, Senate Floor Debate (3 August 1989)

“Because we don’t think about future generations, they will never forget us.” ~ Henrik Tikkanen

Perhaps the most gut-wrenching aspect of this whole thing is that even when BP finally manages to stop the oil flow, the ramifications will continue for years. Economically and environmentally, this spill will wreak havoc for decades. Need proof? A 2001 survey by NOAA surveyed 96 sites along 8,000 miles of coastline and found that a total area of approximately 20 acres of shoreline in Prince William Sound are still contaminated with oil. This was 12 years post Exxon Valdez spill. 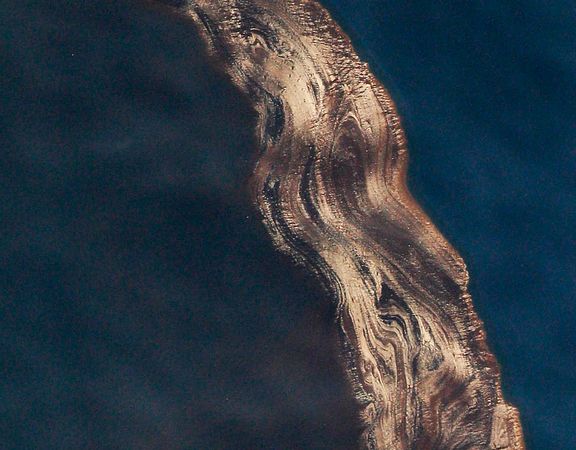 I had wanted to include an incredible slide show that I found on Huffington Post, but could not figure out how to get that show into this post. The best I can do is to offer the link: Gulf Oil Spill (PHOTOS): Animals In Peril.  (If anyone knows how to embed a slide show, directions would be lovely.)

Oh. And just because, I must include that “Drill Baby Drill” mantra that Palin loves . . .

Ignorance must indeed be bliss. I can think of no other reason why this woman smiles so much.

That’s all for now. The Internet is acting up and may be getting ready to go away. I just wanted to get this post up tonight.

2 thoughts on ““You simply cannot make more (reefs), unless you have a few thousand years to wait.” ~ Doug Rader, chief ocean scientist for the Environmental Defense Fund”