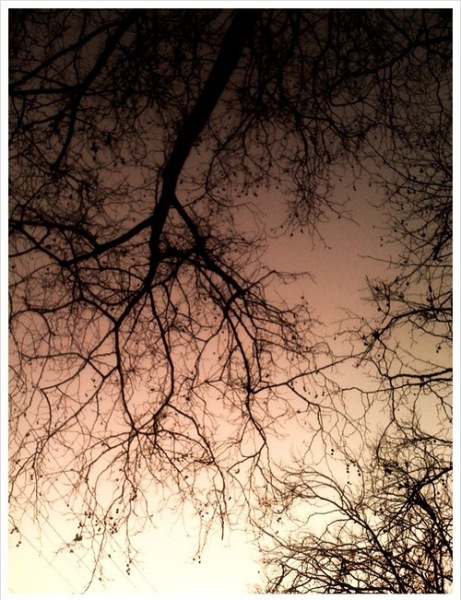 And What if I Spoke of Despair

And what if I spoke of despair—who doesn’t
feel it? Who doesn’t know the way it seizes,
leaving us limp, deafened by the slosh
of our own blood, rushing
through the narrow, personal
channels of grief. It’s beauty
that brings it on, calls it out from the wings
for one more song. Rain
pooled on a fallen oak leaf, reflecting
the pale cloudy sky, dark canopy
of foliage not yet fallen. Or the red moon
in September, so large you have to pull over
at the top of Bayona and stare, like a photo
of a lover in his uniform, not yet gone;
or your own self, as a child,
on that day your family stayed
at the sea, watching the sun drift down,
lazy as a beach ball, and you fell asleep with sand
in the crack of your smooth behind.
That’s when you can’t deny it. Water. Air.
They’re still here, like a mother’s palms,
sweeping hair off our brow, her scent
swirling around us. But now your own
car is pumping poison, delivering its fair
share of destruction. We’ve created a salmon
with the red, white, and blue shining on one side.
Frog genes spliced into tomatoes—as if
the tomato hasn’t been humiliated enough.
I heard a man argue that genetic
engineering was more dangerous
than a nuclear bomb. Should I be thankful
he was alarmed by one threat, or worried
he’d gotten used to the other? Maybe I can’t
offer you any more than you can offer me—
but what if I stopped on the trail, with shreds
of manzanita bark lying in russet scrolls
and yellow bay leaves, little lanterns
in the dim afternoon, and cradled despair
in my arms, the way I held my own babies
after they’d fallen asleep, when there was no
reason to hold them, only
I didn’t want to put them down.

2 thoughts on ““The mass of men lead lives of quiet desperation. What is called resignation is confirmed desperation . . .” ~ Henry David Thoreau”