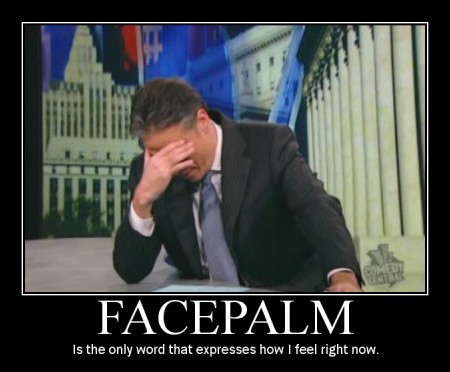 The following—which was originally posted on Between the Hammer and the Anvil—appeared on my dash in Tumblr, and I think that it’s worth reposting in its entirety, not only for the finely executed argument, but also because it references my favorite imaginary character, Keyzer Soze, from The Usual Suspects.

Good fun as usual with MattTaibbi, documenting the atrocities as the major US banks’ intergalactic rip-off moves into the mopping-up phase by crushing homeowners with the club of the state.

It’d be difficult to find a finer example of modern democracy’s total inability to control the monster it’s created.  On the micro level, here’s how the scam worked –

– The major US banks buy politicians with campaign contributions, in exchange for rights to expand into more markets and a reduction in regulations;

– Freed from effective oversight, the banks proceeded to aggressively lend to hundreds of thousands of home-buyers, entirely aware that they were lending to people who couldn’t afford repayments;

– The banks then took all those shit mortgages, bundled them up into impenetrable finance packages, and sold them off to pension funds, trade unions etc. as top-notch, ultra-secure investments rather than the near-worthless bags of cowshite they actually were;

– After a few years of making out like bandits, their pockets stuffed with fraudulently-earned cash, the financial crisis finally exposed the scam, causing major financial institutions around the world to explode like staked vampires.  Those that survived did so by robbing taxpayers at gunpoint – give us fifteen bajillion dollars, or we take the entire planet down with us.

– Engorged with taxpayers’ cash, they then refused to lend it back to citizens – theoretically the reason they were given it in the first place – and awarded themselves another round of massive bonuses instead, before enlisting the aid of the state to repossess the very homes they’d used to cause the disaster in the first place.

Result – giganti-bonuses all round at Goldman Sachs; a lifetime of crushing debt and exploding government programmes for you and your offspring.

It’d be funny, if a peasant uprising in the US hadn’t just sent a flock of angry retards barking and snarling into Congress and the House to protect the banking aristocracy under the hilarious euphemisms of “smaller government” and “resisting socialism”.  It’d be hilarious, if the British government’s response to private sector malfeasance wasn’t an entirely ideological assault on government spending.

It’s a real laugh riot, in short, that the near-destruction of the western world’s economy by Croesus-rich corporate thieves has been deliberately propagandised as an overabundance of social outreach officers – that the total discrediting of modern capitalism is somehow the fault of a non-existent socialism, an ideology that hasn’t been a force in world politics for more than twenty years.

That’s the micro explanation – on the macro scale, the problem begins in 1979, when a beige cadre of unsmiling Randroid lunatics decided to totally restructure the American and British economies by slicing and dicing the power of labour.

Long story short – the public were sold an appealing picture of personal responsibility and individual freedom.  What they got was an all-out, militarised assault on the working class, on the promise of call centre jobs, wide-screen TVs and a fortnight a year in Greece…  And then the call centre jobs were outsourced to India, and the bailliffs showed up at the door.

Thus it was that governments that regarded the words “wealth redistribution” as Stalinist oppression proceeded to redistribute wealth to themselves and the class that spawned and sustained them – royalty.  For the great mass of the people, the new restructured economy meant one thing – debt.  Lots of debt.

And here we are in 2010, with a new breed of hairy-palmed Conservative revolutionaries making the world safe for royalty with an entirely ideological crackdown on public spending, pledging to create a bajillion jobs by hurling half a million onto the dole and forcing the unemployed to work for a bowl of rice a day.  Out of the self same wizardry that just hurled all of us into the shitter will be fashioned a brave new world of magical ponies.

Well, I don’t think you have to think be Sherlock Holmes to work out why this story hasn’t been broadcast from the rooftops, and exactly cui is bonofitting from it.  The British public didn’t suddenly decide on its own that the financial crisis was caused by tossing too much government cheese into tower blocks;  the electorate of the United States didn’t suddenly come to the conclusion unassisted that this disaster was caused by their dark-skinned neighbours borrowing too much money.

As Keyzer Soze says in The Usual Suspects, the greatest trick the Devil ever pulled was convincing the world he didn’t exist.  Our present situation strains satire, and represents the absolute failure of our democracy to analyse and tackle its most life-threatening problems.  It shows that collectively, we’ll swallow anything so long as there’s a lazy civil servant or a black homeowner to pay for our sins; that we’re delighted to have the privilege of selling our birthright for a car boot full of snazzy electronics bought on the never-never

BERNARD MATTHEWS: Anyone for more Christmas?