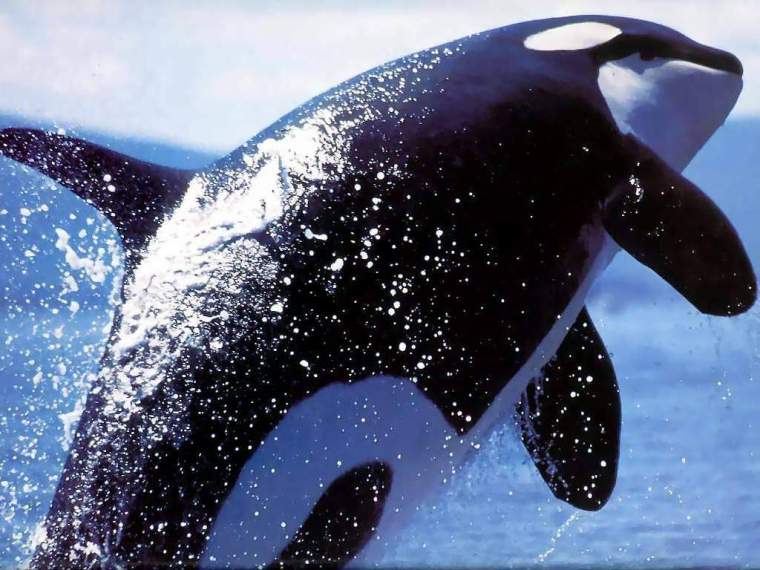 Close-Up of Orca (from ecst.csuchico.edu)

“Each time dawn appears, the mystery is there in its entirety.” ~ René Daumal

Last night was probably one of the worst nights that I’ve had in a very long time. I got a headache early in the evening that later blossomed into a migraine. Then, I could not fall asleep. I remember turning over and looking at the clock (always a bad thing): 5:35 a.m.

When I did manage to fall asleep, the dogs were unbearably annoying waking me, taking up too much room, scratching. I think that I finally fell asleep soundly around 8:30 and then awoke at 10. Then I spent a few more hours drifting off and waking up. The night is a blur of ice packs, 7 Up (to counteract the nausea), walking back and forth to the kitchen, and medication. Finally, I got out of bed around 12:30 and made coffee. There really was no point to extending the endurance test that I had given myself, and I’m hoping that by not sleeping this afternoon I might be able to sleep tonight.

It is absolutely beautiful outside, but I cannot endure the bright sunshine long enough to float in the pool. I went outside and threw the tennis balls for the dogs a few times and then retreated inside.

Who knows how long this post will actually be.

“Long years must pass before the truths we have made for ourselves become our very flesh.” ~ Paul Valéry

Obviously, the post did not go very far yesterday. I sat here for a bit and realized that I was zoning, completely unfocused, so I saved and left, hoping to be in a better frame today.

I still had trouble falling asleep last night even though I was dead on my feet. I watched a couple of movies in the hopes that one of them would bore me, but no joy. Finally, around 3 a.m. I took another Seroquel to help sleep come. My prescription says 2 or 3 at bedtime, but I try to keep it at 2 pills as I find that 3 pills makes me feel kind of dopey upon waking the next day. Luckily, I finally fell asleep and slept pretty soundly, which my body really needed.

Corey begins classes tomorrow. I know that he’s really excited because he’s taking biology and English, both subjects in which he is interested. Apparently, I screwed something up with his school loan money, so there is a hiccup in the funds. He received just enough in Pell Grant money to cover the cost of tuition, but not the cost of books, so we really need the loan money to cover that. I’m not really sure if I screwed up the paperwork, but it seems that something has gone wrong somewhere because when Corey went to campus yesterday to inquire, they still did not have anything from whatever site processes the student loans.

There is so much paper work involved in student aid, and I do it for Corey, Eamonn and Brett, so it is entirely possible that I missed a page, which makes me feel terrible.

I don’t remember if I mentioned it before, but Eamonn lost his aid for this semester because of his grades. Quite a blow. One of the only good things about being poorer than we used to be is that we qualify for grants. Brett seems to be on track to have everything covered for this year, so at least one out of three is taken care of.

Em’s aunt and uncle are taking care of her paper work with ODU, and everything there seems to be on track, so now it’s a matter of hunting for the best prices on books for everyone. Saving a few dollars here and there, or getting free shipping is a big deal when considering the prices of college text books, which on average is over $100 for something basic.

“There is nothing more galling to angry people than the coolness of those on whom they wish to vent their spleen.” ~ Alexandre Dumas Père

Speaking of Em, things seem to be better regarding APS. She met once again with the case worker from that office, and from what I understand, the meeting went well. I’m trying to remove myself from the process as much as possible for obvious reasons, but the reality is that no matter what the outcome, the pest will not be dissuaded.

Maybe tomorrow I’ll care, but today, I’m too tired to give a damn. I have enough going on without focusing on the negative vibes of an individual who just cannot seem to get a firm grasp on reality. As I said before: Get a grip. Get a job. Get a life.

My life is taken.

“I turned silences and nights into words. What was unutterable, I wrote down. I made the whirling world stand still.” ~ Arthur Rimbaud, from “Alchemy of the World” (Season in Hell)

Okay. I have a thing for French writers today. Probably because the long Rimbaud quote in the Pollock movie brought to mind Rimbaud, Valéry, and the others.

Rimbaud was one tortured soul, writing most of his poetry in less than five years during his late teens, and ultimately giving up his creative writing by the age of 21. His torrid relationship with Verlaine scandalized France, but ultimately, Rimbaud’s relationship with Verlaine led to the latter’s publication of the volatile poet’s complete works in 1895. Notably, A Season in Hell (Une Saison en Enfer) is considered one of the first works written in free verse, which has led to Rimbaud being called the founder of French symbolism.

Rimbaud wrote A Season in Hell in 1873 after his relationship with Verlaine had soured. It is considered groundbreaking symbolist writing and is the only thing that Rimbaud self-published. The poem is divided into nine parts of varying lengths. Many people have translated Season in Hell, including Henry Miller, but what I find more interesting is that Zelda Fitzgerald (wife of F. Scott) translated the piece during one of her many hospitalizations.

I must admit that I knew virtually nothing about Rimbaud until I saw the 1995 movie Total Eclipse, which featured Leonardo DiCaprio as Rimbaud and David Thewlis as Verlaine. It was a small movie featuring a young DiCaprio before his Titanic box office blockbuster. But according to most sources, the movie is an historically accurate depiction of the young poet and his relationship with the older Verlaine.

It’s a movie that I would like to see again now that I know more about the two writers. Maybe one day on Net Flix.

“Children and lunatics cut the Gordian knot which the poet spends his life patiently trying to untie.” ~ Jean Cocteau

Anyway, last night I dreamt that I was petting a whale, an Orca specifically.  I was sliding my hand over the animal’s head, and then when it opened its mouth, I ran my hand across its tongue. The Orca nodded its head appreciatively. It was a very pleasurable experience, very peaceful. The only disconnect was that in my dream, as I was communing with the whale, I thought of that stupid movie Free Willy.

I will never understand how the mind stores megabytes of completely useless information, only to resurrect it in dreams. Things that the conscious mind has long forgotten, has not given a second of thought to in years, and then BAM! It’s there, in a dream, intruding upon an otherwise lovely scene.

Dreams are so complex yet revealing. I remember that Corey told me one time that he tried to control his dreams. Brett told me the same thing once.  I don’t know, but I really don’t want to control my dreams, at least, not now. At one time, I would tell myself before going to sleep, “Tonight, I am going to dream of Caitlin.” And usually, I did not. No control.

Now, I just let my dreams come to as they will, and I try to remember the moments that have made the biggest impression on me. What does this have to do with the Gordian knot, the problem that cannot be solved by normal means? Not exactly certain other than I spend my life in perpetual pursuit of the solution to the knot: How do I untie that for which no clear end is visible? How do I solve the problem that is my life without having any clear solution?

Perhaps the solution is that I cannot, and instead of choosing the easiest way of cutting through, I keep trying to untie.

I am the saint at prayer on the terrace like the peaceful beasts that graze down to the sea of Palestine.

I am the scholar of the dark armchair. Branches and rain hurl themselves at the windows of my library.

I am the pedestrian of the highroad by way of the dwarf woods; the roar of the sluices drowns my steps. I can see for a long time the melancholy wash of the setting sun.

I might well be the child abandoned on the jetty on its way to the high seas, the little farm boy following the lane, its forehead touching the sky.

The paths are rough. The hillocks are covered with broom. The air is motionless. How far away are the birds and the springs! It can only be the end of the world ahead.