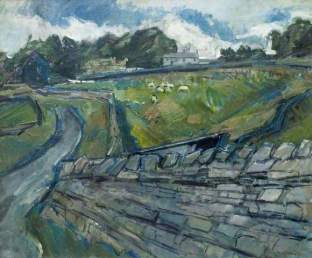 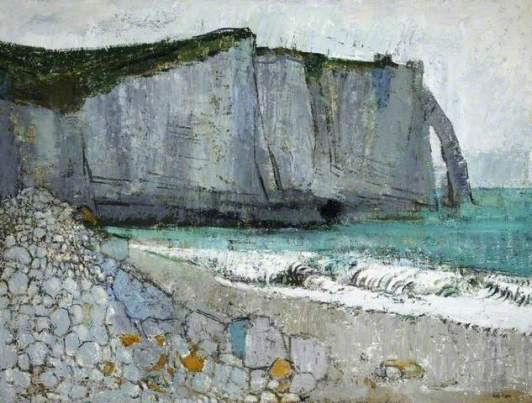 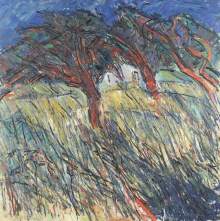 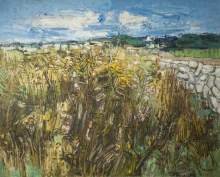 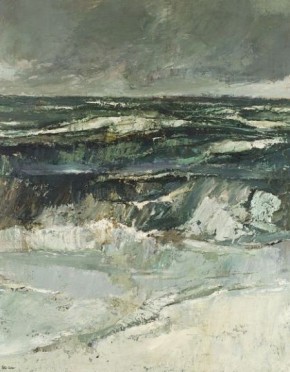 “Sorrow is a vessel so deep
it can hold anything, even its own absence.”~ Eric Gamalinda, from “Fallen”

April is National Poetry Month, and I read two books in one day yesterday, and then spent the next 12 hours with one of the worst eye migraines of my life . . .

And there are corpses,
feet made of cold and sticky clay,
death is inside the bones,
like a barking where there are no dogs,
coming out from bells somewhere, from graves somewhere,
growing in the damp air like tears of rain.

Sometimes I see alone
coffins under sail,
embarking with the pale dead, with women that have dead hair,
with bakers who are as white as angels,
and pensive young girls married to notary publics,
caskets sailing up the vertical river of the dead,
the river of dark purple,
moving upstream with sails filled out by the sound of death,
filled by the sound of death which is silence.

Death arrives among all that sound
like a shoe with no foot in it, like a suit with no man in it,
comes and knocks, using a ring with no stone in it, with no
finger in it,
comes and shouts with no mouth, with no tongue, with no
throat.
Nevertheless its steps can be heard
and its clothing makes a hushed sound, like a tree.

I’m not sure, I understand only a little, I can hardly see,
but it seems to me that its singing has the color of damp violets,
of violets that are at home in the earth,
because the face of death is green,
and the look death gives is green,
with the penetrating dampness of a violet leaf
and the somber color of embittered winter.

Death is inside the folding cots:
it spends its life sleeping on the slow mattresses,
in the black blankets, and suddenly breathes out:
it blows out a mournful sound that swells the sheets,
and the beds go sailing toward a port
where death is waiting, dressed like an admiral.

Selections from Sequence in Venice

I. Introduction to a Landscape

Difficult not to see significance
In any landscape we are charged to watch,
Impossible not to set all seasons there
Fading like movements in a music one
To other, slow spring into the fast rage
of summer that takes possession of a place
Leaving the residue of time to autumn
Rather than just a used and ravished landscape.

And never long able to the see the place
As it must be somewhere itself beyond
Any regard of the ecstatic gazer
Or any human attitude of mind,
We blame all human happiness or grief
Upon a place, make figures of our feeling
And move them, as a story-teller might
Move modern heroes into ancient legends,
Into the solid and acceptable land.

For who can keep a grief as pure grief
Or hold a happiness against the heart?
Noble indeed to impute our worthiest thoughts
To a serene and splendid countryside
And therefore logical to let our loathing
See a storm looming in the summer light,
The hills about to learn of landslides and
The entire landscape be quite swallowed up
In a surrender—a type of our death.

XI. Journey from a Landscape

The colours stay within the mind, the light
Will not so easily permit itself
To be put out. In thoughts once more at home
A foreign fire will gleam, tints taken from
A sail, a wake of water widening out
Or subtle colours that make crumbling buildings
Renew themselves. These we have with us still.

And home again we learn how much we build
Abroad, put roots down in impermanence
Yet waver not from what time drags away
But are drawn too—like colours fading fast,
Like slow canals escaping to the sea.
Rest in this power to adapt, remember
The mind still turns like the huge globe and shows
Now Italy, now England and we are
The axis on which all our journeys move.

Music by Choir of Young Believers, “Hollow Talk” (such a wonderful video)

2 thoughts on ““There is no sign of us where we have been.” ~ Elizabeth Jennings from “XIII. Last Reflections”, Sequence in Venice”