“Five years down the road, Harry might have become a fornicating, drug-addicted Evolutionist!” ~ Grace Anne fanfiction of Harry Potter

I had an absolutely dreadful night, and at some point I had a horrible dream about a friend from whom I have been estranged for many years, but I dreamt that his two-year-old daughter had died in a horrible accident, and no one had told me . . . and then I was awakened this morning by some very loud yard machine that sounded as if it needed a new muffler. Egads.

I tend to have an allergic reaction to one of my pain medications: I start to itch all over, even into my scalp, so I try to avoid this particular medication unless I absolutely have to have it. Benadryl helps, sometimes. I bought some of that ointment that I had seen advertised—Tricalm, but I don’t see that it helps any better than plain old hydrocortisone cream. That’s seven bucks wasted. Anyway, I awoke several times during the night and morning because of the uncontrollable itching, do once the noise started, I just gave up and got out of bed.

I consoled myself for the lack of sleep by working my way through a small book: Drowned, by Swedish author Therese Bohman. I’ve been wanting to read more Swedish authors ever since I finished Stieg Larsson’s Millenium Trilogy. The story was good, even though the writing was a bit uneven, but I really did not like the ending.

“The couple’s problems might be sexy and Aquarian, but the solution was the same as it ever was: Allie had to ‘hold her tongue’ and ‘mend her ways’ to avoid ‘bossing and manipulating’ Kip.” ~ From a December 1970 “Can This Marriage be Saved?” column

I seem to be on quite a tangent lately, which is, unfortunately, compelled by too many recent news stories concerning domestic abuse, college rapes, and other vile things.

Do you remember the “Can This Marriage be Saved?” column in Ladies Home Journal? Well a recent article shed light on a patently one-sided vein to the early columns in the 50’s, 60’s, and 70’s. For example, in the case of Sue and her physically abusive husband Joe

But it was Sue who had the most work to do. She showed a lack of insight – she didn’t understand her husband. By refusing to have sex with him after he hit her, ‘she… touched off another almost inevitable explosion. Many husbands endeavour to make up for their misdeeds by such ardour, a fact of life that wise and loving wives accept.’

Ah yes. The Scholastic Book Fair—nothing better. I used to send Alexis in with a blank check and a maximum budget. The librarians loved that. Good times. 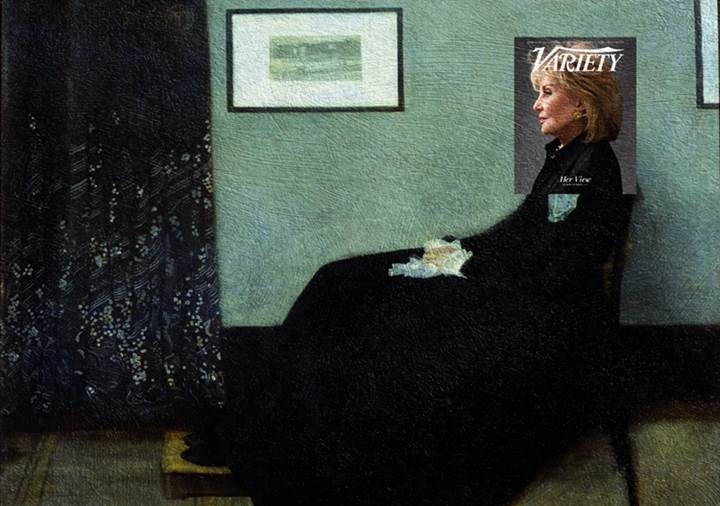 From beauty to blegh: Is this not one of the creepiest things you have ever seen? Brett and I were just discussing the failures of public schools, and then I saw this:

You put what in my candy? This is so cool: Pendulum wave demonstration

I would love to own a pair of these jeans: