So, I’ve been mulling over some things lately, things like mud. I know that mud is not a sexy thing to ponder, but there’s so much of it here that it is ever-present on my mind. Dallas claims that the driveway used to be covered with gravel, and maybe so a few decades ago, but there is little evidence of that now. Our driveway is quite literally a mud pit. There is probably enough mud to host a mud wrestling event . . . I kid you not.

So as a result, the floors throughout the house are covered in mud, a fine coating of dirt with scattered clots throughout. Why not clean it, you might ask? Why indeed. It’s kind of like spitting into the wind: you get no results, or rather, you get temporary results and little satisfaction.

Mud, dirt—currently the bane of my existence. It’s depressing really. Why? Because it’s currently a problem that cannot be solved. Gravel is expensive. Other possibilities like shale or crushed shells are expensive. And the constant or seemingly constant rain makes any cheaper possibilities ineffective.

I think I’m losing the narrative of my life.

I do not care to talk to you although
..Your speech evokes a thousand sympathies,
..And all my being’s silent harmonies
Wake trembling into music. When you go
It is as if some sudden, dreadful blow
..Had severed all the strings with savage ease.
..No, do not talk; but let us rather seize
This intimate gift of silence which we know.
..Others may guess your thoughts from what you say,
As storms are guessed from clouds where darkness broods.
..To me the very essence of the day
Reveals its inner purpose and its moods;
..As poplars feel the rain and then straightway
Reverse their leaves and shimmer through the woods. 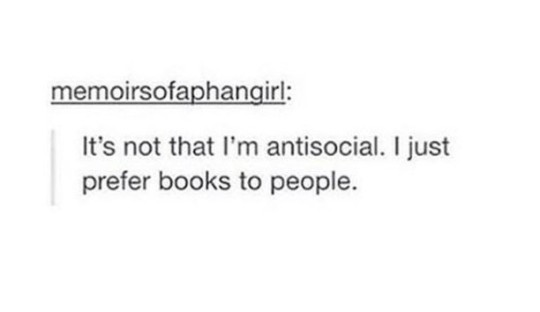 I’m still not feeling together enough to string together a real blog. Yesterday, I sat at the keyboard for hours without a single original word hitting the screen. It’s very frustrating as I had told myself that once I returned to this blog, that I would post regularly. But the truth is that I can only post as regularly as the muse allows, and at the moment, the must is being suppressed by overwhelming body pain, the source of which I am uncertain.

It’s not just the morning migraines; now, it’s also my back, a source of such localized pain the likes of which I haven’t had to contend with for quite a while. Anyway, that’s what’s going on. I hope to have a real post up tomorrow, but in the  meantime, I have quite a good collection of leftovers for today (in my humble opinion.

So Gillette came out with a commercial for the MeToo movement:

I have always loved Andre Braugher, most especially in “Homicide,” one of the best shows to ever be on television.

From gaymilesedgeworth (a deactivated tumblr account): One of my favorite things in Brooklyn Nine Nine is when you can tell the writers were like “You know, Andre Braugher is an extremely talented Shakespearean actor who graduated top of his class at Juilliard…..what if we took advantage of that for our sitcom”

This is a good depiction of either of my older dogs, Tillie and Bailey, every time a puppy comes near: 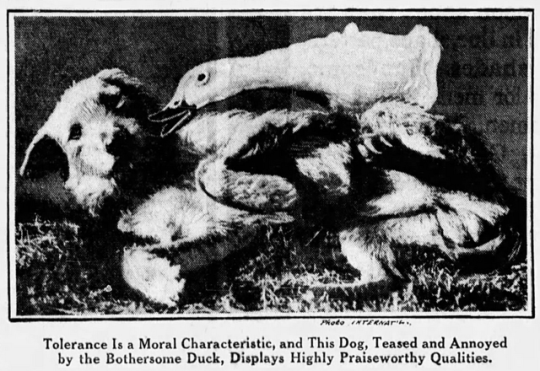 In 2015, a drought in the southern Mexican state of Chiapas revealed the ruins of a 400-year-old church, Temple Santiago: 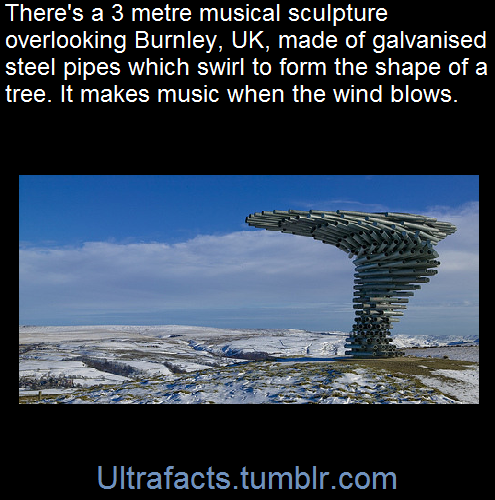 I didn’t know this: 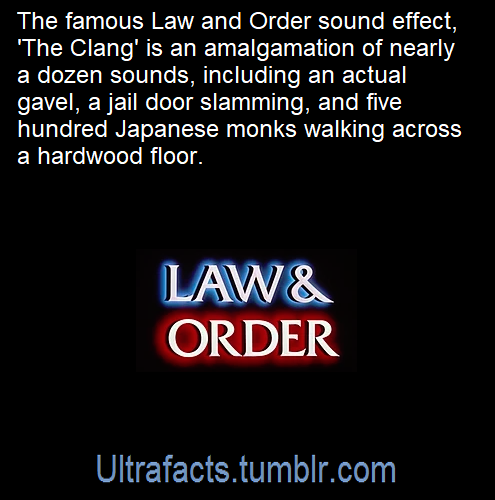 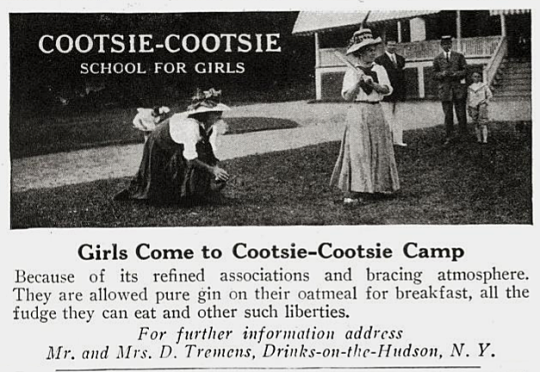 A Different Two for Tuesday

Greetings to those of you out there in the ether. Hoping you are well. Luckily, we’ve missed the massive storm that’s hitting everyone, and all of the dogs are better and doing well. So that’s a definite relief.

Apologies for the dearth of posts in recent days; we’ve had Wi-Fi issues, as I stated last night. I hope to be able to do a regular post tomorrow, but I’ve had this particular post planned for a couple of weeks.

Instead of two shorter poems, I’ve been saving this beautiful longer poem by one of my favorite writers, Anne Sexton—

Letter Written During a January Northeaster

Dearest,
It is snowing, grotesquely snowing
upon the small faces of the dead.
Those dear loudmouths, gone for over a year,
buried side by side
like little wrens.
But why should I complain?
The dead turn over casually,
thinking:
Good! No visitors today.
My window, which is not a grave,
is dark with my fierce concentration
and too much snowing
and too much silence.
The snow has quietness in it; no songs,
no smells, no shouts nor traffic.
When I speak
my own voice shocks me.

I have invented a lie,
there is no other day but Monday.
It seems reasonable to pretend
that I could change the day
like a pair of socks.
To tell the truth
days are all the same size
and words aren’t much company.
If I were sick, I’d be a child,
tucked in under the woolens, sipping my broth.
As it is,
the days are not worth grabbing
or lying about.

It would be pleasant to be drunk:
faithless to my own tongue and hands,
giving up the boundaries
for the heroic gin.
Dead drunk
is the term I think of,
insensible,
neither cool nor warm,
without a head or a foot.
To be drunk is to be intimate with a fool.
I will try it shortly.

Just yesterday,
twenty eight men aboard a damaged radar tower
foundered down seventy miles off the coast.
Immediately their hearts slammed shut.
The storm would not cough them up.
Today they are whispering over Sonar.
Small voice,
what do you say?
Aside from the going down, the awful wrench,
The pulleys and hooks and the black tongue . . .
What are your headquarters?
Are they kind?

It must be Friday by now.
I admit I have been lying.
Days don’t freeze
And to say that the snow has quietness in it
is to ignore the possibilities of the word.
Only the tree has quietness in it;
quiet as a pair of antlers
waiting on the cabin wall,
quiet as the crucifix,
pounded out years ago like a handmade shoe.
Someone once
told an elephant to stand still.
That’s why trees remain quiet all winter.
They’re not going anywhere.

Dearest,
where are your letters?
The mailman is an impostor.
He is actually my grandfather.
He floats far off in the storm
with his nicotine mustache and a bagful of nickels.
His legs stumble through
baskets of eyelashes.
Like all the dead
he picks up his disguise,
shakes it off and slowly pulls down the shade,
fading out like an old movie.
Now he is gone
as you are gone.
But he belongs to me like lost baggage.

Sorry for the absence. Wi-fi problems. Back with a regular post tomorrow.

“What would people look like
if we could see them as they are,
soaked in honey, stung and swollen,
reckless, pinned against time?” ~ Ellen Bass, from “If You Knew”

Well, Maddy is better, but I’m not certain that she’s out of the woods. She had a good day yesterday, but last night she was really sick again. Today, she’s acting better, and she managed to eat some breakfast. All we can do at this point is continue to watch her closely and hope.

Tink seems fine these days, playing and running around with her tail up, so at least there’s that. All of the other animals seem to be okay. The big surprise is that last night Corey came home with chickens. Apparently, Dallas bought a bunch of chickens from someone who he knows, and he decided that we should have some.

We do have a chicken coop, and we had plans for chickens in the spring, but the coop is still kind of torn up so Corey needs to work on that right away. For whatever reason, we just keep having animals dropped on us. I’m not sure how I feel about it all, partially good, partially bad. It just seems like a lot all at once, but as with everything else, we’ll find a way to deal.

At least we’ve had some sun the last few days, and the weather is milder. I had hoped that I had more to say, but I’ve been sitting here for over two hours and I just cannot find the words; I’ll leave you with an apt selection from Anton Chekhov’s novella, A Boring Story: From the Notebook of an Old Man (also translated as A Dreary Story):

I write poorly. That bit of my brain which presides over the faculty of authorship refuses to work. My memory has grown weak; there is a lack of sequence in my ideas, and when I put them on paper it always seems to me that I have lost the instinct for their organic connection; my construction is monotonous; my language is poor and timid. Often I write what I do not mean; I have forgotten the beginning when I am writing the end. Often I forget ordinary words, and I always have to waste a great deal of energy in avoiding superfluous phrases and unnecessary parentheses in my letters, both unmistakable proofs of a decline in mental activity. And it is noteworthy that the simpler the letter the more painful the effort to write it .

. . . As regards my present manner of life, I must give a foremost place to the insomnia from which I have suffered of late. If I were asked what constituted the chief and fundamental feature of my existence now, I should answer, Insomnia.

Tink seems to be completely on the mend. No signs of illness with Freddy Mercury (I know, another new name, but he’s a drama queen), so I’m really hoping that lasts. Older dogs seem fine. However, Maddy, who supposedly had the parvo shot at 6 weeks, so we weren’t worried about her is now very, very ill. I’m spending my day doing laundry, repeatedly. The stress of this is taking its toll on me………………….