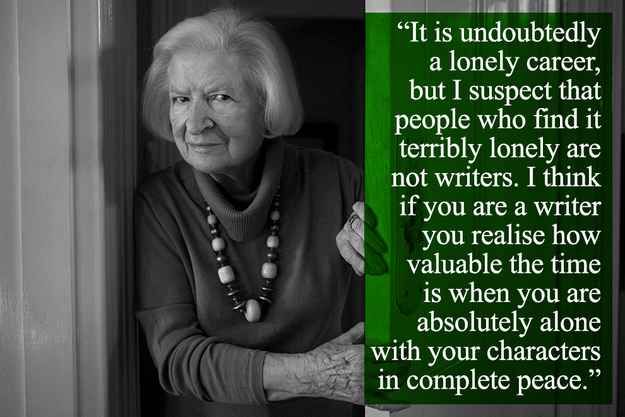 “Time didn’t heal, but it anesthetized. The human mind could only feel so much.” ~ P.D. James, from Innocent Blood

Today is the birthday of one of my favorite authors, P.D. James, born Phyllis Dorothy James on August 3, 1920. She was named Baroness James of Holland Park in 1991, and among her numerous awards, she received an Officer of the Order of the British Empire (OBE), in 1983, and a fellowship from the Royal Society of Literature. She was the author of more than 20 books, 14 of them featuring her detective poet Adam Dalgliesh. James died at the age of 94 on November 27, 2014.

Here are a few quotes from the prolific author:

You can’t teach someone to know how to use words effectively and beautifully. You can help people who can write to write more effectively and you can probably teach people a lot of little tips for writing a novel, but I don’t think somebody who cannot write and does not care for words can ever be made into a writer. It just is not possible.
~ from “P. D. James’s 10 Tips for writing”)

Learn to write by doing it. Read widely and wisely. Increase your word power. Find your own individual voice though practicing constantly. Go through the world with your eyes and ears open and learn to express that experience in words.”
~ from Advice to Writers: A Compendium of Quotes, Anecdotes, and Writerly Wisdom from a Dazzling Array of Literary Lights