“Trump’s not a baby: He has trouble with stairs; he throws fits when he doesn’t get his way, and he’ll only eat french fries and cake. He’s a toddler.” ~ Stephen Colbert (1-2-20 monologue)

Since I last posted any real information, three of the goats delivered, two kids a piece, but we lost one of the baby girls; unfortunately, she was born during the night on the coldest night of the season so far (17 degrees). None of the moms will nurse, so we have five goat babies in the house being bottle fed. That’s in addition to all of the puppies, for which we are still trying to find the best no-kill shelter.

Oh, and another female goat looks like she’ll be delivering soon.

Have I mentioned that our house is really small? And now it smells like a combined kennel/barn. In between feedings and cleaning up the constant flow of animal feces, I’m still working on this damned laptop, which is not going well at all (but I would expect nothing less at this point). I’m losing my mind faster than normal.

What’s new in your life?

I’m sorry . . . Trump is like what? Like who? Seriously? Let’s have a moment of silence for sanity because it’s definitely no longer present in partisan politics on the other side of the aisle.

And the winner of the award for Don’t Listen to What I Said before goes to…………………. 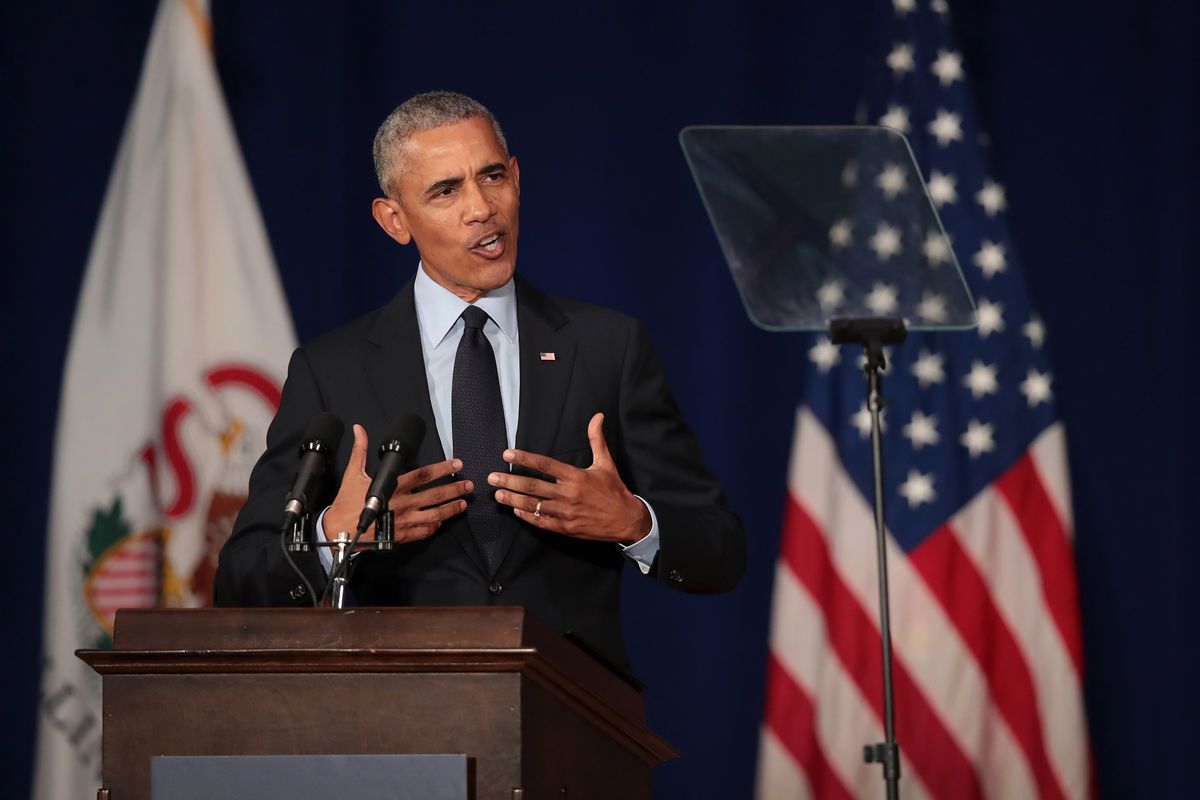 “The antidote to a government controlled by a powerful few, a government that divides, is a government by the organized, energized and inclusive many. That’s what this moment’s about. That has to be the answer.” ~ President Barack Obama, speech at U. of Illinois (September 7, 2018)

I know that I’m on a political bent as of late, but how can I not be? So much is happening so fast that it’s hard to keep all of it straight. It’s no secret that I’m an ardent liberal, but more than that, I’m a patriot. I believe in this country, and I believe in the Constitution. And the current state of affairs is breaking my heart and making my blood pressure go crazy, so I try to ameliorate the effects a bit by writing about them or by sharing some of the more significant items such as what I’m featuring today.

Former President Barack Obama addressed an audience at the University of Illinois at Urbana-Champaign in September 2018, and although this speech was delivered over a year ago, I believe that his message is particularly important and relevant in these dark days of our republic. I’m not going to put the entire transcript here because it’s always better to hear Obama’s words as opposed to reading them—he remains a powerful orator, capable of grabbing and holding an audience with his words and cadence. It’s a striking contrast to the bluster and fumble of 45.

I have pulled out just a few of the more relevant snippets:

The point Washington made, the point that is essential to American democracy is that in a government of and by and for the people there should be no permanent ruling class. There are only citizens, who through their elected and temporary representatives determine our course and determine our character.

More often it’s manufactured by the powerful and the privileged, who want to keep us divided, and keep us angry and keep us cynical, because it helps them maintain the status quo and keep their power and keep their privilege. And you happen to be coming of age during one of those moments.

It did not start with Donald Trump. He is a symptom, not the cause. He’s just capitalizing on resentments that politicians have been fanning for years.

It shouldn’t be Democratic or Republican to say we don’t threaten the freedom of the press because they say things or publish stories that we don’t like. I complained plenty about Fox News, but you never heard me threaten to shut them down or call them enemies of the people.

You cannot sit back and wait for a savior. You can’t opt out because you don’t feel sufficiently inspired by this or that particular candidate. This is not a rock concert, this is not Coachella. We don’t need a messiah. All we need are decent, honest, hardworking people who are accountable and who have America’s best interest at heart.

If you are tired of politicians who are all for nothing but “thoughts and prayers” after a mass shooting. You’ve got to do what the Parkland kids are doing. Some of them have not eligible to vote yet. They’re out there working to change minds and registering people. They’re not giving up until we have a Congress that sees your lives more important as a campaign check from the NRA. You’ve got to vote!