“Open Door on a Garden,” Konstantin Somov (oil on canvas)

“My trouble is insomnia. If I had always slept properly, I’d never have written a line.” ~ Louis-Ferdinand Céline

I’ve been spending quite a bit of time with Cal lately—chills, aches, and lethargy—so I have not written a word in a week. A very long time for me, especially when the Internet is actually on.

Everytime that I start to think that maybe I could actually go back to work, my body gives me a wake-up call, as in, “Have you lost your mind?” This past week, temperatures around here reached record highs. Meanwhile, I was walking around with goose bumps on my arms. A couple of nights ago, I woke myself when my body was shaking, which made the bed jerk. It’s all quite disconcerting.

And then, of course, there is the insomnia, which makes just getting through the day a chore. One night it was nigh on 6 a.m. before sleep came. Last night, I was so grateful to be sleepy by 3 a.m. What a strange life I lead.

“Be daring, be different, be impractical, be anything that will assert integrity of purpose and imaginative vision against the play-it-safers, the creatures of the commonplace, the slaves of the ordinary.” ~ Cecil Beaton

Corey had to work today from 7 a.m. to 7 p.m., but it doesn’t really matter as we had no plans for mother’s day. Eamonn came by with flowers and a card. He can be such a sweetie when he wants to be. Alexis is supposed to come by later, so just a quiet day at home.

Corey and I were married on mother’s day nine years ago. We didn’t really want to get married on a Sunday, but it was the only day that we could get the Women’s Club in Norfolk, which is an old Victorian home in the Ghent section of Norfolk. We were contemplating the Botanical Garden, but decided on the house so that we wouldn’t have to worry about the weather. I walked down the winding staircase in five-inch heels, and miraculously, I didn’t trip.

For the most part though, I have only had one request over the years when it concerns mother’s day: Please do not give me any appliances, as in a toaster or something of that sort. Just feels too domestic and traditional for my tastes.

“To me, photography is an art of observation. It’s about finding something interesting in an ordinary place . . . I’ve found it has little to do with the things you see and everything to do with the way you see them.” ~ Elliott Erwitt

This past week was a busy one for Brett. He is taking is IB exams in all of his classes. The better he does on these exams, the better the chance he has of getting college credits for the courses, which will be wonderful. He submitted his art portfolio to the IB board, but that takes a couple of months for review before he hears anything. It was a combination of sketches and photographs. I was duly impressed with the quality of his work. He has two more exams this week, and then he is pretty much finished except for a few odds and ends, so he will have a nice break before graduation.

For his final project in art, Brett is going to paint something on one of the doors in the art room. He hasn’t told me what he plans to paint, but I can’t wait to see it.

Tomorrow, Corey and I need to go back to the financial aid departments at ODU and TCC to complete the paper work for both boys to get tuition adjustments, which (we hope) will increase their Pell Grants. At least there is one good thing about being poor.

“Everything we see hides another thing, we always want to see what is hidden by what we see.” ~ René Magritte

We watched a movie a few nights ago called “Haunting in Connecticut,” which is supposedly based on a true story. I hadn’t heard anything about the movie, but we were in the mood for something scary. Turns out, it’s pretty dark—dead bodies with words carved into them, some kind of ectoplasm and séances, lots of hallucinations. Of course, watching something like that before trying to go to sleep is probably not the best idea.

Then last night, I was watching this program about women who kill. I think that I’ve seen it before. Anyway, three of the stories really got to me. Two of them involved young girls who got pregnant, hid their pregnancies from their families, then threw their babies in the trash.

Anytime I read about something like this happening, it really upsets me in so many ways: That these girls felt that they could not go to their parents with the truth says a lot about the kind of pressure families put on their daughters. Like the article I just read that stated that most parents do not believe that their children are having sex; they believe that other people’s children are having sex, but not theirs. How utterly naive.  The kind of naiveté that causes people to be against birth control in favor of abstinence.

Facts: Forty-six percent of all teens in the U.S. between 15 and 19 have had sex. A sexually active teen who does not use contraceptives has a 90 percent chance of becoming pregnant within a year. Eighty-two percent of teen pregnancies are unplanned; they account for about one-fifth of all unintended pregnancies annually. This is reality, folks.

Sure abstinence is the goal. It’s just not the reality.  So these girls get pregnant but do not tell their families out of fear, out of shame, because they want to see the disappointment in their parents’ eyes, whatever the reason. The tragic part is that they choose to throw their babies away like trash in part because they have spent the last nine months convincing themselves that it isn’t real.

“There is no explanation for evil. It must be looked upon as a necessary part of the order of the universe. To ignore it is childish, to bewail it senseless.” ~ William Somerset Maugham

However, the story that still gets to me, that still rips my heart right from my chest is that of Susan Smith, the woman who drowned her two young sons, Michael and Alex. When the car was found, the two boys were still strapped into their car seats in the back seat of the car. Imagine for a moment what it must have felt like for those boys when the water began to come into the car, as they yelled for their mother, the woman who had to hear their screams. Imagine the fear and helplessness that had to overtake them as the minutes passed and the water kept rising.

There is evil in this world. Of that, I have no doubts at all. Susan Smith killed her sons because she wanted to be free of them so that she could date the man who broke off their relationship, the man who said that he was not ready for children. So this mother, this monster decided that the best thing to do would be to kill her children and to blame it on an imaginary black man.

In 1995, Smith was convicted and sentenced to life in prison. During her trial, she tried to use as a defense that her step-father had molested her and that she suffered from a lifetime of depression. Someone else’s fault. Of course.

“The truth is rarely pure and never simple.” ~ Oscar Wilde 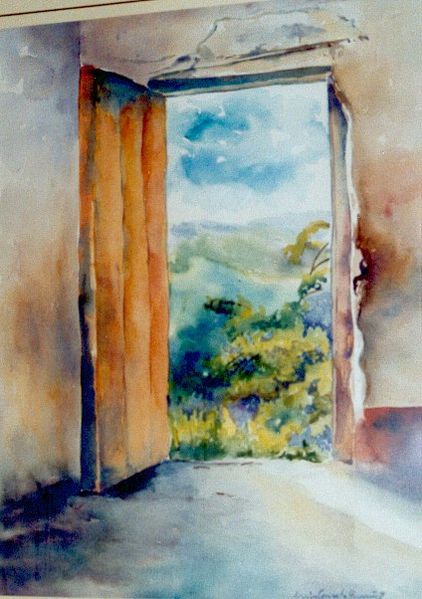 Fortunately, most mothers do not fall into the former category. Most mothers love their children with a fierce, protective love that no one can touch.

I do not believe in perfection, but I do believe that some things and some people come very close to this ideal.  Motherhood, in its truest sense, is that continual strive to achieve perfection—saying the right words said at the right time, listening instead of lecturing, comforting with an embrace that bespeaks more than any words, accepting even when faced with a reality that is contrary to expectations. Motherhood is complex, tasking, and never easy. It is not for the weak hearted or the selfish. It is the only job in the world that expects you to know everything on day one. It is the only career that breeds anxiety and insecurity in continuous doses.

When the door closes, and the child is on the other side, off to unknown places, it is the mother who remains behind and whispers to no one in particular, “It will be all right.”

Music by Jon McLaughlin, “We All Need Saving”