Small Section of Completed Mural Depicting Flora and Fauna of Prescott and Alternative Transportation: One of two eco-themed murals

“My generation’s apathy. I’m disgusted with it. I’m disgusted with my own apathy too, for being spineless and not always standing up against racism, sexism and all those other -isms the counterculture has been whining about for years.” ~ Kurt Cobain

On Friday, Arizona Fox affiliate KYCA fired Steve Blair from his job as a radio talk show host for the station. Blair’s firing comes as a result of his vile comments regarding the mural that I discussed in the post below.

Additionally, in a letter to the editor,  former Prescott Mayor Jack Wilson called for Blair to resign from the City Council:

Steve, if you truly love Prescott you need to resign.

I spend 5-6 hours yesterday on Twitter trying to do “damage control” that resulted from the remarks of Councilman Steve Blair on the Miller Valley School “Going Green” mural. Yesterday was a firestorm of bad publicity for Prescott and it was worldwide.

Several major newspapers, including the Arizona Republic, USA Today, Washington Post, etc. picked up the story of the mural. The story was also picked up by the Associated Press which means up to 1,000 papers could reprint the story.

Many of the most influential Internet blogs also picked up the story, including The Huffington Post, The Daily Kos, etc. The Twitterverse has been super active and I have replied to a couple hundred Tweets to try to protect Prescott’s image.

Steve, you have sullied the image of Prescott worldwide. Yes, I understand you love Prescott, but the firestorm of controversy that you have created has reverberated all the way to Melbourne, Australia where you and your comments on the mural are a hot topic. I cannot reprint many of the Twitter Tweets because of the language used in them – your comments have hit a nerve across America and the world and it was not a good nerve.

As the former Mayor of Prescott Arizona I have done my best yesterday and today to respond to hundred of Tweets and blog posts and tell the world that most of Prescott residents do not share your views. That has helped somewhat. However, this firestorm of bad publicity for Prescott will not subside until you do the right thing.

If you truly love Prescott, you need to resign from the Prescott City Council.

“There is a strange kind of tragic enigma associated with the problem of racism. No one, or almost no one, wishes to see themselves as racist; still racism persists, real and tenacious.” ~ Albert Memmi 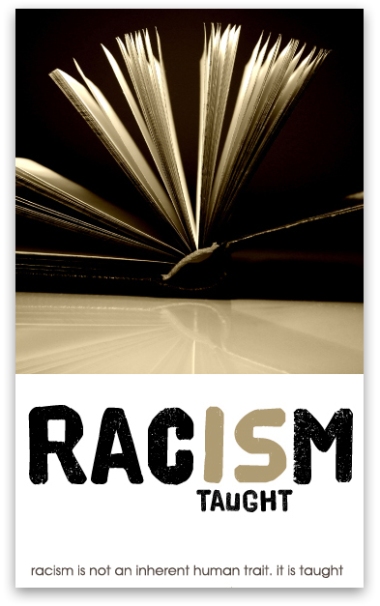 Just to clarify, here’s an example of some Blair “I’m-not-a-racist-because-I-have-black-friends” rhetoric:

On his May 21 show Blair said, “I am not a racist individual, but I will tell you depicting a black guy in the middle of that mural, based upon who’s president of the United States today and based upon the history of this community when I grew up, we had four black families—who I have been very good friends with for years—to depict the biggest picture on that building as a black person, I would have to ask the question, ‘Why?'”

Personally, I can tell you that I have always loved it when people open their sentences with the “I am not a racist but” clause. Just makes me warm and tingly all over.

Oh, and by the way, I found out after further research that the mural design was put on public display and circulated to local residents, and the Prescott City Council, including Councilman Blair, voted to approve the final design, so all of his protesting about not knowing what the mural was supposed to depict is just plain bull. Said Blair, “It looked like a guy, in my opinion, a black guy, brown guy holding a stick, and flowers and stuff. What was it supposed to mean?”

“One day our descendants will think it incredible that we paid so much attention to things like the amount of melanin in our skin or the shape of our eyes or our gender instead of the unique identities of each of us as complex human beings.” ~ Franklin Thomas

I have been unable to get on the mural site as it has been overwhelmed with traffic, but I wanted to display the entire mural, which covers two sides of the building.  I did, however, find a sketch of the mural showing all four children, two of whom are blond; one is black, and one is Latino. The full mural depicts four children, and the largest picture, the one that Blair and others protested, is of an actual Latino child who attends Miller Valley School. The children depicted were chosen from photographs of the children attending the school, which is described as the “most racially diverse” school in Prescott. The mural’s theme is “Go Green,” which celebrates the fact that Miller Valley is a “green” school.

In the midst of all of the mud-slinging and opining on this issue, I think that one key point is being white-washed, as it were (okay, really bad pun): There were real school children working on painting the mural. There are real school children depicted in the mural. These kids were subjected to a bunch of gits yelling racial slurs from their cars as they drove past: “Get the n***** off the wall.” Lovely. Group of young, impressionable students doing work for their community and school being yelled at by a bunch of loudmouthed bullies. That’s right bullies, what else would you call adults who yell at defenseless children on scaffolding?

Music by Deadman, “When the Music’s Not Forgotten” (Yes, I know, this is a repeat, but it’s appropriate)

When the Music’s Not Forgotten

If we stand on a hill and do not touch
How can we do good?
If we wash our hands with all our friends
Where change can really come
If we hide our fears and don’t draw near
Have we really lived?
Or are we all just standing here
Hoping there is grace?