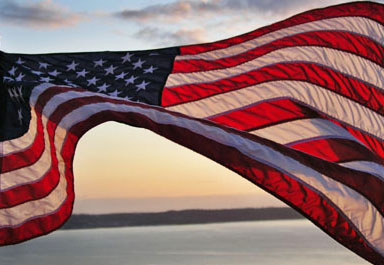 Happy Independence Day Wherever You Are!

“In war, there are no unwounded soldiers.” ~ José Narosky

With the number of people calling for a second American revolution  increasing, I felt it important to remind everyone of the very real cost of war. I visited several sites to try to get the most accurate information possible.

The United States has been in a state of war since 2001. Aside from the financial burden, the emotional toil has been vast. The numbers I listed above do not include civilian casualties, Iraqi or Afghani casualties, coalition casualties, or casualties in the Press.

“It is easier to lead men to combat, stirring up their passions, than to restrain them and direct them toward the patient labors of peace.” ~ André Gide, Journals, 13 September 1938

Those who are alluding to and openly calling for a revolution in this country have no idea as to what it is they are condoning: armed resistance that would result in the dissolution of this 234-year-old democracy, increased acts of domestic terrorism, possible military rule, deaths of countless Americans—those are just the most obvious expected results.  Without fail, the people who condone this action cull sections from the  Thomas Jefferson quote about tyranny:

“God forbid we should ever be twenty years without such a rebellion. The people cannot be all, and always, well informed. The part which is wrong will be discontented, in proportion to the importance of the facts they misconceive. If they remain quiet under such misconceptions, it is lethargy, the forerunner of death to the public liberty . . . . And what country can preserve its liberties, if its rulers are not warned from time to time, that this people preserve the spirit of resistance? Let them take arms. The remedy is to set them right as to the facts, pardon and pacify them. What signify a few lives lost in a century or two? The tree of liberty must be refreshed from time to time, with the blood of patriots and tyrants. It is its natural manure.”

Lest you think I am being an alarmist. Here are some verified instances in which people are calling for armed resistance to the government:

“Political extremism involves two prime ingredients: an excessively simple diagnosis of the world’s ills, and a conviction that there are identifiable villains back of it all.” ~ John W. Gardner

“At least two thirds of our miseries spring from human stupidity, human malice and those great motivators and justifiers of malice and stupidity, idealism, dogmatism and proselytizing zeal on behalf of religious or political idols.” ~ Aldous Huxley

You may wonder what this post has to do with the 4th of July, Independence Day. Two things: Many patriot groups plan to use this day to speak about their perceived current state of affairs, one in which President Obama is planning a coup sometime in the future, and we (American citizens) are at risk of losing our civil liberties.

My other reason for focusing my post on this idea of a second revolution is that too many people dismiss this kind of talk as “ranting,” or “crazy talk,” or “posturing by right-wing crackpots.” Just remember, the founding fathers, who first began to make noise when England thought to extend its arm to her colonies as a source of revenue, were considered traitors, their actions treasonous. This is the exact comparison that many of the individuals involved in this movement love to bring up when justifying their ilk.

I, myself, often dismiss people like Bachmann or Palin as being loony and think that no one out there could possibly take either of them seriously. This is a mistake. None of us should ever forget that hate speech and rhetoric, if left unchecked, can blossom into violence. Eugene Robinson, columnist for The Washington Post put it this way in a March 2010 column:

For decades now, the most serious threat of domestic terrorism has come from the growing ranks of paranoid, anti-government hate groups that draw their inspiration, vocabulary and anger from the far right . . . It is disingenuous for mainstream purveyors of incendiary far-right rhetoric to dismiss groups such as the Hutaree by saying that there are “crazies on both sides.” This simply is not true  . . . There has been explosive growth among far-right, militia-type groups that identify themselves as white supremacists, “constitutionalists,” tax protesters and religious soldiers determined to kill people to uphold “Christian” values.

The vitriolic, anti-government hate speech that is spewed on talk radio every day—and, quite regularly, at Tea Party rallies—is calibrated not to inform but to incite. Demagogues scream at people that their government is illegitimate, that their country has been “taken away,” that their elected officials are “traitors” and that their freedom is at risk.

Crazy, paranoid, fringe, or whatever—these people have a right to speak, but they do not speak for me. My own failure to at least acknowledge that the threat is real would be foolish. This movement is real. How much momentum it gains depends upon those of us who look on but do not take sides, hoping that it will dissipate on its own.

It won’t. At least not while so much hatred, bigotry, racism, and animus continues to pervade those vocal segments of our society, the ones among the gathering storm. Jefferson’s quote can be read in two ways: the perceived call to arms, or the admonishment not to sit idly by in silence while things around you are going to hell.