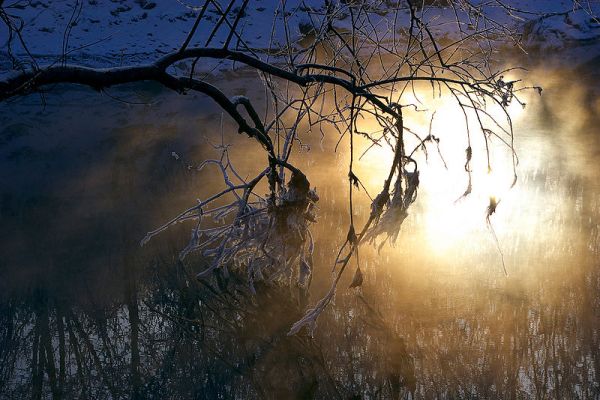 “I have been in Sorrow’s kitchen and licked out all the pots. Then I have stood on the peaky mountain wrapped in rainbows, with a harp and sword in my hands.” ~ Zora Neale Hurston from Dust Tracks on the Road

Well, we survived Thanksgiving and my mother’s lovely running critical commentary throughout dinner. Had a bit of a snafu though: Alexis overslept because her electricity went out during the night, so her alarm did not go off, and as a result, the turkey went into the oven rather late. Since it was a 20-pound turkey, we didn’t eat dinner until 8 p.m., which doesn’t really bother most of us because we tend to eat late, but my mother was beside herself.

I called her at 2:30 to tell her that everything was going to be late and suggested that she eat a small meal, but that didn’t stop the bitching. “What do you mean . . . why? . . . how did her electricity go out in the middle of the night . . . I’ve never heard of such a thing . . . I can’t believe this . . .” Unfortunately, we could not cook the turkey here as we are still without natural gas, and our oven is a beautiful, large gas oven that is sitting unused, but that my friends, is a different saga.

So the waiting became too much for eldest son as he had an urgent need to get to his girlfriend’s house; we sent him on his way with our blessings and suggested that he check back in later, although he didn’t.  In spite of the delay, dinner was delicious, not way too much food as it used to be, and we had open-faced hot turkey sandwiches on Friday night for dinner.

The madness that is Black Friday did not leave the country unscathed. No stampedes at Wal Marts this year because the stores allowed shoppers into the building; the catch was that no one was allowed to touch the early bird specials until 5 a.m. Everything was on pallets and covered with plastic. I know about this not because I was there (Wal Mart the day after Thanksgiving? me? shudder), but because Alexis’s friend Jennifer went and was out by 5:40 a.m. in time to go to work. Amazing.

I didn’t read any stories about fights in the aisles or mayhem, and the American consumer seemed to be more willing to part with dwindling cash, somewhat. Preliminary data show that shoppers deposited almost $41.2 billion into retail coffers (oh to have just .001 percent of that), this according to the National Retail Federation.  But the madness that normally plagues the pages of the news seemed to be less this year.

There was a shooting in which a man killed his adult sisters and a 6-year-old cousin on Thanksgiving day; another man locked his children in the trunk of his Trans Am while he ran into a sporting goods store (“They like to play in the trunk”). However, the most horrific thing that happened over the holiday weekend state side was the shooting of four Seattle police officers in a coffee shop early Sunday morning. The officers were sitting at a table with their laptops preparing their day when 37-year-old Maurice Clemmons walked in and opened fire. No other patrons were shot, only the officers. For more details on this story, click here.

“To receive everything, one must open one’s hands and give.” ~ Taisen Deshimaru

Oh, and one more on holiday cheer and good will towards all: In Toledo, Ohio, a man grabbed a Salvation Army kettle full of donations and pushed the bell ringer to the ground. Supposedly the man said, “I can’t stand you and your bell-ringing. I hate Christmas.” Clearly, this year’s winner for the Ebenezer Scrooge award. Personally, I love to see the kettles, but I miss seeing real Salvation Army members ringing the bells. I always try to put something in at least a few kettles each year.

And by the way, the rumor that bell-ringers receive part of the kettle coffers is absolutely false. Bell-ringing is done by civic organizations, scout troops, schools, etc, but the Salvation Army does employ people from shelters to be bell-ringers. These needy individuals receive minimum wage to stand out in the cold, snow, and rain collecting donations that are used to fund the Salvation Army’ s many charitable programs, including shelters, meal programs, after-school programs, to name but a few.

“You’re the love of my life
And the breath in my prayers
Take my hand, lead me there” ~ Dave Matthews Band

So with the one holiday over and the big one looming, Corey and I are in a kind of stasis. The bills continue to pile up, and the money continues to be non-existent. We have a huge payment due to the power company in just a few days, and absolutely no way to pay it. It’s hard to think about putting up Christmas lights when there might not be electricity to power them.

So that’s what I mean about stasis. We cannot really do anything as far as decorating until the living room undergoes a major clearing, but that is dependent upon painting the bedroom, and I had forgotten that one of the reasons that we didn’t move  the very heavy bureau into the bedroom before this is that the bedroom needs to be carpeted. Once that huge dresser is in place, it’s going to be very hard to move it. So do we wait to paint until we can carpet so that we move everything once? Do we move everything twice? And who is this we I speak of, Kemosabe . . .

I must admit that my recent renewed addiction to home renovation shows is not helping with my complete dissatisfaction with the state of our house. There are so many things that we could do to make the house better, less cluttered, easier to get around in if we just had a little cash. Having said that, using cash for renovations has to take a backseat to using it for bills, so once again, the infamous Catch 22 comes into play.

I have been thinking of hands lately. Don’t ask my why, but  I have. Hands that are moving through the air. Sunlight glowing through hands. Babies’ hands. My children’s hands, which are very much like my own. I have very long fingers, which was great when it came to playing the piano, and all three of my children have long thin fingers.

I remember my father’s hands. He had a degenerative condition in his right hand that caused the muscle to atrophy, so much so that he had to use his left hand to turn the ignition in his 1966 Ford Falcon.  I remember more than once looking at my father’s hands, so bent and worn with age and work, and being just amazed at how much those hands had accomplished over the years.

I really don’t remember anything that my father couldn’t do when he tried. He built things around the house, sewed things, fixed things, worked on his car (all of the time), and maintained the engines on those huge cargo ships that traveled all over the world. I know that my father was very good at his job because he had ship captains who routinely requested him.

In the end, when he was in the hospital, it was his hands that I watched. So small and shrunken, they knitted the sheets to and fro. This man who was never really still his entire life was working even in the midst of his morphine dreams. Watching that automatic movement day after day almost broke me.

But my thoughts about hands are not all painful. In my mind’s eye I see a pre-school craft project that Alexis made: a piece of muslin with small green handprints in a circle, forming a wreath. I still have that. Brett’s hands, specifically his thumb, which he sucked when he was a baby. I never really fretted that he sucked his thumb because I knew that he would stop when he was ready. Nine-year-old Eamonn’s long fingers scooped around a basketball, his slightly crooked smile as he stood for his team picture.

These memories are good memories. I can take the memory of my father’s hands when it is balanced against these memories from my children’s earlier days.

I look down at my own hands as they skate aross the keys: long, thin fingers, the one vein on each hand that has always been prominent, cuticles a bit ragged from worrying them unconsciously. These hands have touched piano keys and computer keys; they have brushed my daughter’s long hair and finger-combed my son’s waves. These hands have held four babies, cupped their small heads and massaged their backs. These hands have polished a thousand pieces of furniture and cleaned thousands of dishes. They have planted countless flowers and strung colored lights year after year.

These hands are my strength and my weakness: For everything that these hands have allowed me to do, they have also felt the pain of being idle at times when doing something, anything, would have helped.

These hands have held newborn babies, and puppies seconds from their mother’s womb. They have stroked the flanks of a chestnut mare and loosened the bolts in an engine. They have turned the pages of thousands of books and held countless cups of tea and coffee. Each morning, these hands move across a face that belies its age, while fingers probe for wrinkles that have yet to appear. These hands stroke Corey’s cheek when he is asleep, and rub the belly of my fat, spoiled dog as he lays snoring by my side.

Everything that is or has been me is within these hands, and when I hold them up to my eyes when the summer sun beats down relentlessly, my fingers seem to glow with life, and I am reminded of that scene in the old movie Ladyhawke when Isabeau raises her hands to the morning sun just before she transforms into the hawk.