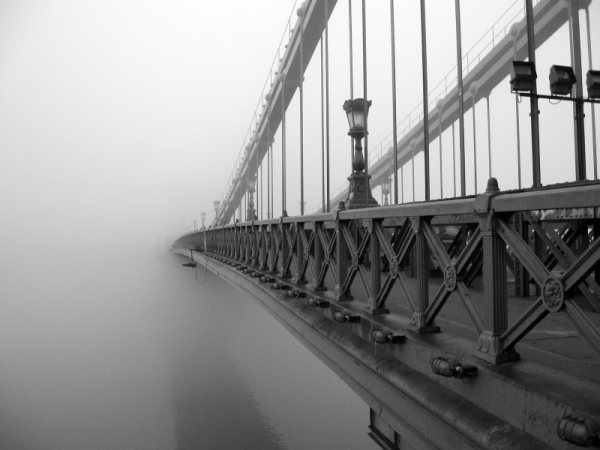 “Longing is the agony of the nearness of the distant.” ~ Martin Heidegger, Who is Nietzsche’s Zarathustra?, tr. by Bernd Magnus

It’s an unseasonable 69° F here; elsewhere, in the north, people are experiencing blizzards and traffic-stopping white-out conditions. This time we were spared the snow and were given warmth. Never fear, though. The temperatures here are supposed to plummet to the low 30’s by tonight.

And people wonder why so many people in this area suffer from sinus problems and allergies.

So I’m having a pretty bad day in spite of the fact that I have confirmation that I have health insurance. Waiting for the new cards to come in the mail so that I can make those appointments I was talking about previously. In spite of this very good news, I feel wretched.

Yesterday, I took the now dry, previously water-logged pages of my poem’s draft and tried to type them into Word. Aside from the fact that this computer only has Works on it (what a crap program) because we’re not loading anything on it until we can do a complete reload (another story), I realized while typing that what I had been so impressed with only days before was pure and total crap. Drivel. Snot. Yuck out loud.

I really hate it when that happens. I tried working and reworking and finally stopped myself because the more I did, the more that it read as being overworked and perfunctory, and the spark that generated the idea for the poem had been completely lost beneath forced wordsmithing. The deadline has been extended, which is good, I think, but now I don’t know if I have it in me to enter the contest. (Correction note: First prize is book of poems by Pablo Neruda, not Pessoa; don’t know what I was thinking.)

Of course, all of this mulling is giving me a low-grade headache, one of those tension bands around my entire skill. Love it.

“Sharp like a razor’s edge, the sages say,
Is the path, difficult to traverse.” ~ Katha Upanishad

Outside I hear the rumblings of a storm approaching. Meanwhile, Tillie the Lab has nested on the old futon in here and is currently telling me off for not paying much attention to her. She has this thing that she does whenever she feels neglected: She puts her head down and grumbles just once, a single quiet protest. She’ll repeat this little nudge until someone stops whatever they are doing and plays with her for a few minutes. Have I mentioned lately how much I think that dogs are wonderfully sentient beings? She seems to know that I’m struggling as she is pacing her grunts to meet the pauses in my typing.

Yesterday I was working on a post about HR3, that infuriating bill supposedly about abortion being proposed by a bunch of neanderthals, most of whom have male genitalia. I became so incensed over their new definitions of rape that most of the post was pure rant, so I stopped that too. Maybe I’ll go back to it later today, depends on what my mind does, where it goes in the next few hours.

Speaking of hours, I had very few consisting of real sleep last night/this morning. I fear that the insomnia is rearing its ugly head again. The alarm beeped at 5 a.m. for Corey to get for watch, and I was still awake, watching some movie that I had seen before. I had deliberately chosen the movie because I thought that it would put me to sleep.

I think that I fell asleep around 6 a.m., only to awaken after 11. I poured coffee down my throat and drove Brett to his afternoon classes. Perhaps the sleep deprivation is a contributing factor to the headache.

“If I stare into it long enough, the point comes when I don’t know what it’s called, a condition in which lacerations are liable to occur, like a slip of the tongue; when a drop of blood might billow in a glass of water, blooming in velvet detonation and imparting to it the colorless, tasteless and originless fear in which I wake. ” ~ Franz Wright, Blade

A few nights ago Corey had to waken me from a nightmare. I awoke screaming, “I hate you. I hate you.” and slapping at his hands as he tried to calm me. I had dreamt that Corey told me quite matter-of-factly that he had picked up and had sex with (and this part was very specific) 32 women.

Thirty-two? Where did that come from? How can I be my own worst enemy in my dreams too? I don’t remember much else about the dream, even though I recounted it for Corey when I was awake. Numbers in dreams always unnerve me a bit, and I don’t really know why; perhaps it’s because they are so arbitrary. I mean, if dreaming is the brain’s way of sifting through the detritus of the day, where do these numbers come from if not life?

I have been having very vivid dreams again, lots of people from my past popping up and intruding into my subconscious. Have you ever had a past dream intrude into a current dream? That happened to me. Don’t remember the exact circumstances, but a scene that happened in a former dream involving my ex unpacking dishes in the kitchen recurred in a more recent dream. The actual event never occurred in real life.

I wonder if this could be considered a rerun dream . . . Does this mean that my lack of originality has crept into my dreams, as well? Well crap.

“And then I felt sad because I realized that once people are broken in certain ways, they can’t ever be fixed, and this is something nobody ever tells you when you are young and it never fails to surprise you as you grow older as you see the people in your life break one by one. You wonder when your turn is going to be, or if it’s already happened.” ~ Douglas Coupland

I find myself missing my dad a lot these days, probably because he is one of those people who keeps popping in and out of dreams lately. I wonder if he ended his life filled with regret over things he  hadn’t yet done. I wonder if he realized how close he was to his death and if he was filled with fear. I wonder how many dreams he had fulfilled and how many he still hadn’t achieved.

Sometimes it all just seems so pointless. I mean, what are we really doing here? Are we making any forward progress? We as in individuals, we as in this country, we as in this world. Everywhere I turn I hear hateful things and see so much pain, and then if I narrow my vision just a bit, I see glimpses of beauty and grace, which reminds me that it isn’t pointless.

Yes, yes. I know. It’s February, the longest month of the year for my psyche, but as with my current contradictory state, it’s February, and it feels like spring, but it smells like winter. Is it any wonder that I’m conflicted?

Truth time: the poem is supposed to be about preferences, as in what do you prefer, coffee or tea, only not that simple. But maybe it is that simple and like everything else, I have made it too complicated. Preferences. For me, that is such a loaded word. The answer is that what I prefer depends on the day, the weather, my weight, whether or not my face has broken out in adult acne, how bad my headache is, if the dogs have decided to go dumpster diving in the kitchen trash, how overwhelmed I feel when I go through the mail and realize that the “to be paid” pile is seemingly insurmountable.

Preferences? Yes, I have a few. Most aren’t even noteworthy, but perhaps a few are worth a word or two: I prefer moonlight and water. I prefer the smell of fresh herbs and flowers. I prefer paper books to their bastardization. I prefer long hot baths at the end of the day with candles lit, casting orange and red glows on the tiles. I prefer songs that touch my heart rather than rattle my brain. I prefer to live a full life rather than merely exist.

Your joy is your sorrow unmasked.
And the selfsame well from which your laughter rises was oftentimes filled with your tears.
And how else can it be?
The deeper that sorrow carves into your being, the more joy you can contain.
Is not the cup that holds your wine the very cup that was burned in the potter’s oven?
And is not the lute that soothes your spirit, the very wood that was hollowed with knives?
When you are joyous, look deep into your heart and you shall find it is only that which has given you sorrow that is giving you joy.
When you are sorrowful look again in your heart, and you shall see that in truth you are weeping for that which has been your delight.

Some of you say, “Joy is greater thar sorrow,” and others say, “Nay, sorrow is the greater.”
But I say unto you, they are inseparable.
Together they come, and when one sits, alone with you at your board, remember that the other is asleep upon your bed.

Verily you are suspended like scales between your sorrow and your joy.
Only when you are empty are you at standstill and balanced.
When the treasure-keeper lifts you to weigh his gold and his silver, needs must your joy or your sorrow rise or fall.