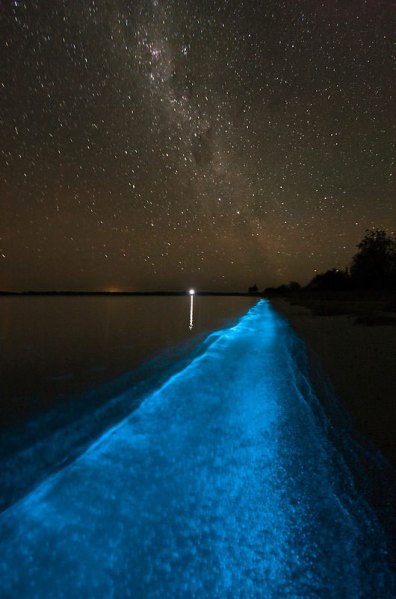 Blue Tide of Dinoflagellates in Southern Australia by Phil Hart

“Dogs are our link to paradise. They don’t know evil or jealousy or discontent. To sit with a dog on a hillside on a glorious afternoon is to be back in Eden, where doing nothing was not boring–it was peace.” ~ Milan Kundera

I’ve just spent the last fifteen minutes staring at this blank page while cuddling with the smallest pup, Alfie. Inevitably, when I sit down at my desk, Alfie tries to get in my lap. I usually accommodate him for a few minutes of tummy rubbing and then put him down, but today he was especially cuddly, and my mind sort of drifted off as he lay in my arms and my songs played in the background.

Nana Mouskouri, Great Lake Swimmers, Jon McLaughlin—all made for a pretty mellow backdrop. The only reason I finally stopped my Alfie time was that my left hand went to sleep. Obvious sign that it’s time to move along.

Last night I had one of those convoluted dreams that involved my mother, driving, parking garages, and New York City. There was also an appearance from my friend Allen, my best friend from eighth grade, and boots. I was exhausted after that one. The good part was that I actually slept last night, pretty soundly. I really needed it.  I needed rest, and my body needed time to regroup. All day yesterday my joints were aching, and by late last night, my knee joint and leg muscles hurt so much that I felt like whimpering.

Unfortunately, I need a new heating pad. This last one didn’t last six months. But heat would have really helped my legs. Heat and some Blue Emu cream, which I am also in desperate need of replenishing. If you’ve never tried it Blue Emu is this wonderful cream for achiness, and it really works without making you smell like a grandmother with rheumatism. Of course something this wonderful does not come cheaply, so I have been waiting to buy more.

“The whole problem with the world is that fools and fanatics are always so certain of themselves, but wiser men so full of doubts.” ~ Bertrand Russell

This Thursday night is Brett’s IB ceremony at school for graduating seniors enrolled in the IB  program at Granby High School. Currently, the IB (international baccalaureate) works with 2,946 schools in 139 countries to offer an academically-rigorous curriculum that stresses global understanding, cultural awareness, critical thinking, and community service. Of course, the program is not without its detractors: In 2008, Senator Margaret Dayton objected to the program, stating, “I don’t want to create ‘world citizens’ nearly as much as I want to help cultivate American citizens who function well in the world.”

I understand Dayton’s stance, but I truly believe that students who are taught to think beyond their communities, beyond their borders become better citizens because they have a more diverse information base from which to draw. A 2006 article in Time magazine described the IB Diploma Programme (IBDP) as “a rigorous, off-the-shelf curriculum recognized by universities around the world.” That we have an IB school here in Norfolk is wonderful, and I am so glad that Brett was able to participate in this program because I know that he would have been bored to tears in regular curriculum.

Anyway, I’ll have to find something in my closet that won’t make me look like a sausage so that I can go out in public for this ceremony. 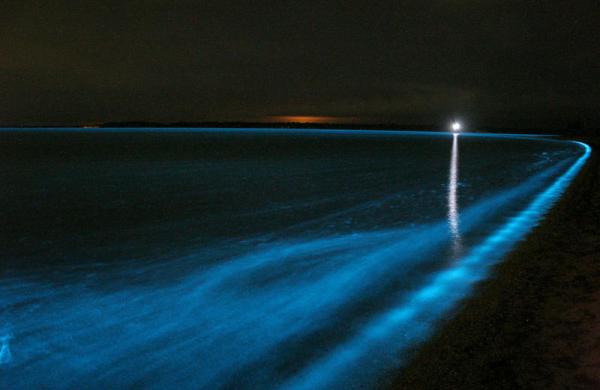 Image of Bioluminescence by Phil Hart at www.philhart.com

Let’s see, in the world of make believe and beyond,

And finally, the most recent images of the Gulf oil spill show the latest progress into the loop current. So depressing. I decided that in contrast to the awful pictures of the spill I would highlight some pictures of bioluminescence in the sea (such as plankton that glow when agitated) , which is visually awesome.