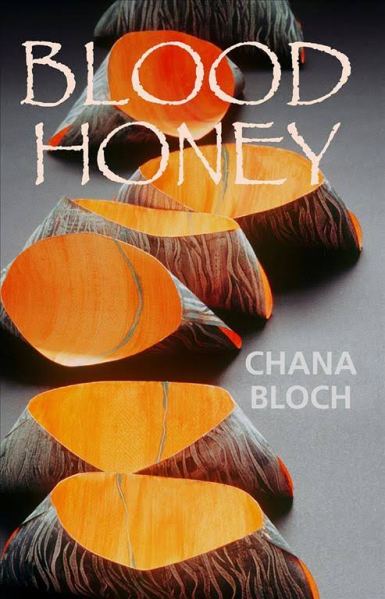 “Chana Bloch’s poems whisper swiftly what has been in us since we began. They are telling, quick revelations of the creatures we are, creatures we may not ignore and must not distort.” ~ Richard Hugo

I decided to do today’s post about poet, translator and scholar Chana Bloch (March 15, 1940 (my mom’s birthday)-May 19, 2017),  after coming upon one of her poems in a post that I wrote several years ago (March 23, 2013). Rereading this poem made me want to know more about Bloch, so I went on one of my online scavenging hunts.

In reading about Bloch I came upon a PDF entitled Patient Poets: Illness from Inside Out, by Marilyn Chandler McEntyre; published in 2017 by UC Berkeley as part of its Perspectives in Medical Humanities series, the publication deals with poetry written by patients in the face of illness. If you have the time, I recommend perusing this work as it is replete with works with which you may be unfamiliar, and at only 170 pages, it’s a fast read.

I always appreciate that serendipitous aspect of life that allows me to stumble upon poems akin to those that I tend to write: those that deal with illness, loss, and death. I was completely unfamiliar with McEntyre and this publication, and I found it when trying to track down the source of the titular quote about Bloch, so I spent an hour on a rabbit trail that proved to be very rewarding.

The following passage, which appears in the chapter entitled “Outrageous Intimacies,” describes a process I have undertaken more times than I can count: that of turning to composing in the immediate aftermath of hearing bad news, regardless of locale or access to writing materials. From the text:

We see a similar reflection on the enforced intimacies of diagnosis and surgery in a series of eight poems by Chana Bloch, collectively entitled “In the Land of the Body,” that chronicle her diagnosis and treatment for ovarian cancer (Bloch, 68). The poems, by a poet and writer whose diagnosis interrupted a thriving teaching career, were composed in the course of treatment, the first scribbled in the car immediately after learning she would have to have surgery. That was her moment of resolve to survive and write about it; that resolve, she said later in an interview, “would be like a thread I could hold on to.” She continued to write her way through the experience, jotting notes during clinical visits, collecting unfamiliar words, pressing the doctor for explanations she later translated into her own idiom.

To read more about Bloch, The Poetry Society of America features an Interview that Diane Bilyak conducted with Bloch, which can be found here; the Los Angeles Review of Books printed a nice feature in 2015, or you can take a look at her NYT obituary here.

Note: While I had the bones of this post done on Tuesday, it still needed some flesh, hence, the back posting . . .

Before the light was divided from darkness,
what was it like, that chaos?
a brilliant shadow? an absence
lit from within?
This is not a question. I’m tired of living
in the land of answers.

At school I’d wave my flag of five fingers,
pleased to produce
just what the teacher ordered.
I needed to get it right.

I knew a man whose first love
was numbers, how sane they are.
Feelings! he blurted, startling himself and me.
Sometimes I wish I didn’t have them.

My feelings know more than I do,
and what do they know?
He left me laughing and crying at the same time.

And what did he know without his feelings?
Four currencies, three fine wines,
two fountain pens, one blue, one black,
the capital of every poor country in the world.

You and I used to talk about
Lear and his girls
(I read it in school,

you saw it on the Yiddish stage
where the audience yelled:
Don’t believe them,

they’re rotten) —
that Jewish father and his
suburban daughters.

Now I’m here with the rest,
smelling the silences,
watching you

disappear.
What will it look like?
Lost on the bed

without shoes, without lungs,
you won’t talk
except to the wall: I’m dying,

and to the nurse: Be
careful, I
may live.

Thank you to the nice man?
Daddy?
The last time

we went to the Bronx Zoo,
the elephants were smelly as ever,
all those warm Sundays,

the monkeys as lewd.
But they put the penguins
behind curved glass

with a radiant sky
painted on the far wall.
And all those birds

lined up with their backs to us
watching the wrong
horizon.