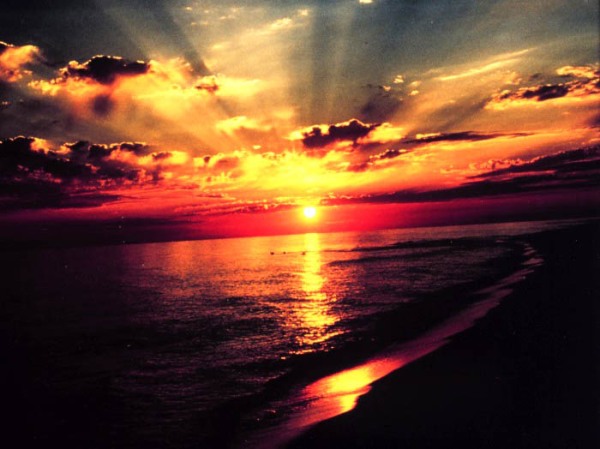 “It is important to not let the fight become the life we live instead of the challenges we overcome.” ~ Skyewriter

I was fortunate enough to glean the beautiful quote above in a comment that I received from Skyewriter on one of my posts. She and I share a sense of great sadness over the current situation in the Gulf. The biggest difference is that she is looking into ways of getting there to help with the cleanup. I am so impressed by her commitment to doing something instead of just bemoaning fate. I only wish that I could participate in the cleanup as well.

Several people have written to me to comment that they, too, feel that something is just out there on the periphery. By that I mean a sense that the escalating incidents of intolerance and madness bespeak a mounting swing of the pendulum; I know that historically, we swing from one extreme to the other, with short respites in between in which life appears to be calm.

There are so many rumblings now: acts of incredible violence, attempts to legislate intolerance, blatant disregard for the planet and its other inhabitants—it’s as if  there are billboards dotting the highway flashing warning signs, but no one is paying attention. Then again, perhaps I am overreacting.

Don’t misunderstand. I’m not talking about conspiracy theories or paranoia that someone is out to get me. It’s more a sense of feeling the pulse of the nation and noticing that something is not right, is off somehow.

“But now I have come to believe that the whole world is an enigma, a harmless enigma that is made terrible by our own mad attempt to interpret it as though it had an underlying truth.” ~ Umberto Eco

The news in the past couple of days does not help to alleviate my feelings of dismay.

“Disorder is merely the order you were not looking for.” ~ Henri Bergson

Meanwhile, closer to home, we are getting ready for Brett’s graduation tomorrow. Today he went to a graduation party at one of his friend’s houses, which is a good distraction because he’s getting really nervous about graduation. I don’t know why, but he is.

On Friday at rehearsal, he received his honor tassel and gold cord, which he was really happy to get. He’s been .04 points away from being an honor graduate, and his counselor had said that she wouldn’t know whether or not he would be graduating with honors until final grades came through, which was Friday. We’re so proud of him.

So my last baby is leaving high school. I have so many mixed emotions about this, another life milestone, but luckily pride seems to be the overwhelming emotion. Once we get through graduation, I have to see about driving lessons for Brett as he still doesn’t have his license. Unlike Alexis and Eamonn, Brett has never had any desire to drive or to have his own car, but with college looming in the fall, he needs to learn to drive.

Apparently, even though he will be 18, he still will have to have his learner’s permit for a year before he can get a license. That’s how the law is here in Virginia. And he also has to have behind-the-wheel certification because of his age. He never bothered to take it while he was in school, and I never pushed it as I wanted him to focus his energies on his academic classes. So that’s his next big step before beginning college.

That’s all for now as I need to iron clothes for tomorrow. All images are from the NOAA site’s Gulf Coast collection, pre-spill.