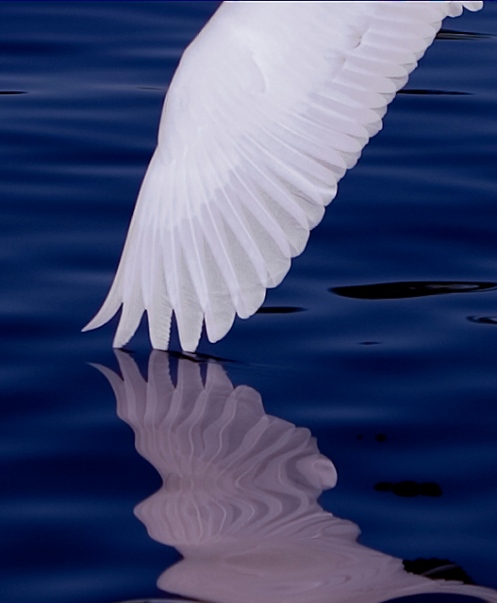 “What is the meaning of life? That was all—a simple question; one that tended to close in on one with years, the great revelation had never come. The great revelation perhaps never did come. Instead, there were little daily miracles, illuminations, matches struck unexpectedly in the dark.” ~ Virginia Woolf, To the Lighthouse

Shall I share something with you? I have been pondering whether or not I should put this out for public consumption. Oh. Nothing like that. I mean, I haven’t won the lottery or suddenly become famous. Totally not where I was going with this.

This is the secret that dwells within, the truth that perhaps gives meaning to my existence: I hate my life.

“What is life?
It is the flash of a firefly in the night.
It is the breath of a buffalo in the wintertime.
It is the little shadow which runs across
the grass and loses itself in the sunset.” ~ Crowfoot, Blackfoot Warrior

You may be sitting there thinking to yourself ‘How in the hell can she claim to hate her life? What kind of statement is that?’

I won’t argue with you. I won’t even try to persuade you of the validity of my claim. I only know that a few days ago I was sitting in bed holding my head in my hands in an attempt to squeeze the pain away when I suddenly thought, “This sucks. This really, really sucks. I thought that I was getting better . . . I hate my life.”

So you see, that’s how I can make that claim. Am I being melodramatic. Of course I am. Do I mean it? Of course I do, and of course I don’t. (What, you want definitive from me?)

As I was trying to explain to Corey: The first year out on disability was a steady decline; I never knew when I was going to be stuck in bed for days, unable to do even the simplest task. The next year contained intermittent advances. Yes, I still hurt, but I had more energy. Then several months ago, I felt well enough that I toyed with the idea of returning to work. Then BAM! (sorry, don’t usually yell with caps, but felt it apropos here), I’m hit with one of the worst downtimes I’ve had in quite some time.

It’s as if I’m one of those little wind-up toys that advance a few steps each time the spring is wound and the release button is turned. The boys had those when they were toddlers, and my favorite was the penguin, the way that it toddled.

Like the toy, I can only go so far, but . . . Not. One. Step. Farther. To try to do so only messes with the spring mechanism and eventually ends up with the toy being broken and completely useless, except to look at, and who wants a wind-up toy that can only be seen and not used?

“His advanced age, his wounds, his chains . . .
‘Albanian,’ he inquired. ‘Why do you fight
when you could live differently?’
‘Because, Padishah,’ replied the prisoner,
‘Every man has a piece of sky in his breast
and in it flies a swallow.’” ~ Fatos Arapi, Sultan Murat and the Albanian

Admittedly, this mood more than likely stems from that overwhelming ennui that cloaks me  from November through February. Hence the blue theme, the ice, the stillness in the pictures.

The reality is that only narcissists and psychopaths are able to go through life never questioning their existence, never doubting themselves—the former because perfection is hard to improve upon (in their minds), and the latter because self-doubt requires a conscience. This isn’t the first time that I have felt myself a failure, nor will it be the last.

Although I have to say that the idea that my life is beyond my control really torques me out of shape. The battle rages on between what my mind aspires to and what my body will accede to, and I simply will not, cannot concede, not as long as I can still find the smallest piece of blue sky to which I can cling, not as long as I can strike a match in the night to create enough light on which I can pin my hopes.

Okay. So this post is not unfolding as I had envisioned. Perhaps because my declaration in the first section is a few days old, and I was unable to write about it while it was preying on me the strongest—because of the headache that will not end (I kid you not—28 days and counting).

So I should clarify: I hate the circumstances of my life, those factors that keep me down (physically and emotionally), the elements that seem to be so much beyond my control. I mean, even this headache thing—the neurologist to whom my headache doctor referred me does not accept GW’s new insurance plan. Was I surprised? Not at all. Anything else would have been too easy.

But in the end, under the glaring light of introspection and self-analysis, I realize that I am a tortured but fortunate soul. I think that my friend Alan comes to me in my dreams occasionally to remind me of this. His death from cancer at only 39 means that he never saw his son as a teenager; he never hit those major birthday milestones. And if anyone had a legitimate reason to curse fate, it was him.

As I have said many, many times, fate is fickle, and the very fact that I have been around enough years to repeat myself, to bemoan my fate, and to find the light in the darkness is what truly defines me.

Music by Brendan James, “The Sun Will Rise” (could not insert YouTube video as content is restricted, but I really wanted this song for this post)

BRENDAN JAMES – THE SUN WILL RISE LYRICS and VIDEO.

The sun will rise, the sun will save me.
The sun will change me, change the way I feel.
The day will make this heart a fortune
From the fruit of a hundred orchards,
From the water rivers bring.

I’ve had enough of the hard and harder.
Times are tough. I’ve drifted farther,
Farther from myself.

I won’t dwell, baby, on my failures.
It won’t help, baby. It won’t bring changes.
I won’t run, baby, when all I want is to run.
I won’t forget the morning’s sure to come.

The sun will rise, the sun will save me
From the night, the sun will change me,
Change the way I feel.
The love I want, the love I need is
Sure to come, is sure to lead me,
Lead me home again.

The light is low, the night is burning.
My head is still but my mind is turning,
Turning ’round again.

If only I can make it through this
Lonely night, if I can do this,
If I can drift away,