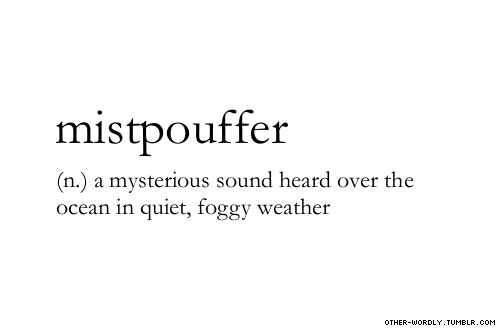 “And the world cannot be discovered by a journey of miles, no matter how long, but only by a spiritual journey, a journey of one inch, very arduous and humbling and joyful, by which we arrive at the ground at our own feet, and learn to be at home. It is a journey we can make only by the acceptance of mystery and of mystification—by yielding to the condition that what we have expected is not there.”

~ Wendell Berry,  from The Unforeseen Wilderness

“The art of art, the glory of expression, and the sunshine of the light of letters, is simplicity.” ~ Walt Whitman

Finally, after eight long, muddy days, the sun came out today. At first, the area was covered with a very thick blanket of dense fog, but by noon, it had burned off, and the sun came out, and the temperatures rose. May I just add a hallelujah here?

Tillie the lab was so happy that it stopped raining that she convinced Brett to take her to the park for a walk and some running action. They’ve both missed their park time. As have I. When Tillie doesn’t get a workout during the day, she wants to play all night, which includes trying to help me type when I’m on the computer. You may not know this, but Labradors like to type with their noses, which are quite big.

I had to have my blood work done this morning before my checkup next week. I’m hoping that all of my levels are much better this time, especially the triglycerides, which were through the roof three months ago. My doctor is in Hampton, which means that I have to drive through the Hampton Roads Tunnel to get there. It was a very cool trip on the way to the doctor as the fog had not burned off yet, and the Bay was covered in this white layer.

I remember when I was small and we lived in London, there used to be fog so thick that it was virtually impenetrable. Pea soup fog it was called. My mother and I were out once when a very heavy fog descended on the city. As a child, I thought that it was a great adventure, but my mother still talks about how frightening the whole experience was—not being able to see anyone until they were right upon you.

I suppose that even at a young age I had a flair for the dramatic, which is why I loved the fog so much. I conjured up the possibilities of all kinds of strange things happening in the fog: people snatching children, wild dogs, and who knows what else. Need I mention that I had a very vivid imagination, which probably did not help my mother’s state of mind at the time.

I do have to admit, though, that I have never quite understood Sandburg’s quote about fog being like little “cat feet.” What is that about? Fog descends. It cloaks. It obfuscates. Cats pounce or slink or retire to another room when an obnoxious person is around. Besides, I have known very few cats who love water, and fog loves water. Okay, so I’ll stop on Sandburg now.

As I mentioned earlier, ever since I started taking my new migraine medicine I have been having the wildest, most vivid dreams. So today I thought that I would go on the web to see what some of the common side effects are for this particular medicine. I’m not talking about the list of “possible side effects” printed by the pharmaceutical company and included with the medicine. I’m talking about a blog on which people who are taking this medicine report their side effects. Not to my surprise, the list is long and a bit distressing:

So in essence, the big ones that are possible are the same big ones for which I stopped taking the last medicine. The other possibilities seem so delightful that I can hardly contain myself. Right now, I’m on the lowest dose with a plan to increase the dose in increments. Almost everyone on the site mentioned that the worst side effects started kicking in at about 100 mg. This gives me something to look forward to, and if nothing else, I’ll have new topics for my blogs.

Every time I buy a double pack of those long disposable lighters—you know, the ones used to light grills or candles—they disappear. The culprit is my son, Eamonn. He takes them and leaves them in the Trooper, a once non-smoking zone. So the other night when the power went out, and I was searching for a lighter to illuminate the various candles around the house (he also steals those and puts them in his room), I could not find a single long lighter.

After some swearing and hunting for matches in the dark, I managed to light the candles that were in shallow jars or dishes, but I was mightily vexed—resulting in my decision to purchase at least four of these buggers and hide them around the house. The problem was that with my short-term memory loss (see section above), I kept forgetting to ask Corey to pick some up when he went to the store.

I finally remembered a few days ago when Corey was going to that horrible bastion of low low prices and killer of small businesses, Wal Mart. But Corey came home without the lighters. He said that they were just too expensive there and that he was sure that he could find them cheaper somewhere else. Fine by me.

So when he went to Target to get special dog cookies (the ones with eucalyptus that help with the dogs’ sewer breath), Corey picked up two packs there. He walks in the bedroom with one and says, “Can you light this thing?” I look at him as if he has grown a third eye and grab the thing out of his hand, only to realize three short seconds later that whoever designed this damned lighter has not only made it child-proof but adult-proof as well. First, you are supposed to move the child-proof lever to the side (of course there is no picture, and nothing is labeled on the lighter). Then, while holding that lever to the side, you are supposed to push in the button to ignite the lighter. Except this maneuver does not work. At all. No flame. No blue butane hue. Nothing. Nada.

Two grown adults and one gifted youth could not make these lighters work. I kid you not. We put them back in the package, and Corey took them back to Target today. The woman at the customer service center asked if there was anything wrong with them. Corey told her that there was nothing wrong besides the fact that some idiot had made them impossible to light. (I think that she may have thought that he was exaggerating; just wait until someone at the store tries to light one).

The end result was that we had to further our search for a long lighter that didn’t cost an arm and a leg and, if the planets were aligned correctly, would light on demand. Fortunately, Corey found some.

We now have them hidden in various parts of the house. Meanwhile, I bought Eamonn a new candle for his room and a small disposable lighter. We’ll see how long it takes him to find the good lighters.

On that note, more later. Peace.