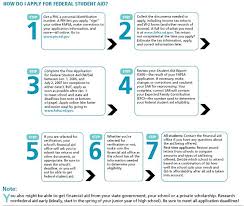 “Always watch where you are going. Otherwise, you may step on a piece of the Forest that was left out by mistake.” ~ A. A. Milne

Warmer today than it has been. From the pictures, it looks like autumn in Alaska is beautiful.

I spent an hour scrubbing down the kitchen this afternoon, and then another few hours downloading music for my computer playlists. The result is that both my neck and my lower back hurt. How tedious.

I don’t really have much to say today. My mind is filled with music instead of words, which is just fine with me. Sometimes the words running through my head become too heavy with an unexplainable weight, and I wish that I could just tilt my head and let everything sift out, like fine grains of sand. Empty head, start over—kind of an appealing idea.

I received another letter from Social Security today. We’re currently doing this dance in which my long-term disability insurer is passing me along to the Social Security administration (which, if approved, would relieve the insurance carrier, of course). The SS administration is kind of like DMV, no, make that very much like the DMV: bureaucracy, forms, endless forms, requests for mor information, requests for clarification.

My long-time disability insurer assures me that the SS administration denies everyone the first time, and so I should be prepared to file an appeal, which they did on my behalf. Quite frankly, I just don’t care. Or at least I don’t care at this moment. I’m tired of forms. Tired of explaining the same thing over and over to different people. Tired of telling people about my health problems. More tedium.

So for now, tonight anyway, I’m going to ignore the forms, requests for information, etc. I’ll tackle that and the pile of stuff from my closet tomorrow, or at least, some of it, as much as my back allows.

“Don’t underestimate the value of Doing Nothing, of just going along, listening to all the things you can’t hear, and not bothering.” ~ A. A. Milne

That being said, I don’t have much more to add. I think that basically I’m just weary to the bone. Bone-weary. Eyes blurry. Not in much of a hurry to take care of the details. I don’t want to tackle the horrible topic of the high school student being who was beaten to death with railroad ties in Chicago. It’s too heinous.

I cannot even begin to ponder the implications of a healthcare systems that denies care to prior victims of abuse, something that has come to light during this great, supposed debate in which our country’s political leaders are involved. Don’t believe this could happen? Read this article , “Abused Then Denied Care: 8 States Allow Practice,” on MSNBC.

I just had to take a minute to have a play fight with Tillie as she placed herself on the middle of the bed and began thrashing around—a clear signal that a play fight is called for. She is pretty strong, though, so my fights only last a couple of minutes. She is such a bratsky of a dog. One of the best presents that I have ever gotten in my life. She has the ability to make me smile no matter how bad I feel.

Anyway, as I was saying, I don’t have much to contribute in the way of thoughtful prose, which I will take as a sign that I should add a nice video and call it a night. So here is a video created by Janson Jones on the Matanuska Glacier. I hope that you enjoy it.

More tomorrow with any luck. Peace.