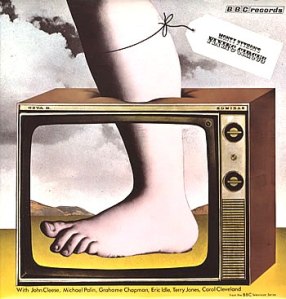 “We interrupt this program to annoy you and make things generally irritating.” ~ Monty Python’s Flying Circus

“I should say not! Dinsdale was a perfectly normal person in every way. Except inasmuch as he was convinced that he was being watched by a giant hedgehog he referred to as Spiny Norman.” ~ Monty Python’s Flying Circus

It looks like the Trooper is going to be staying here for a bit, and we are going to take a rental car home. Beyond that, don’t ask me what’s going on.

To top things off, Brett is sick. Last night he was running a fever and was nauseous. He hasn’t been feeling well the whole trip, but I thought that maybe his timing was just off from sleeping in the car at the auto place while we were waiting for Corey’s brothers to show.

But he just doesn’t seem to be feeling any better. He was up at 4 this morning, thinking about throwing up. Not good. Brett hates to throw up.

In fact, last night both Brett and I left the birthday party a little early and came back to the house. I thought that we might watch a movie, but we were both asleep by 10 p.m. 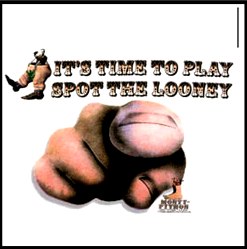 Personally, I’m fidgety as hell. My back hurts, but my headache is gone, at least for now. But I just can’t seem to make myself calm. Too much to worry about. Too many things in the air.

I don’t know how we’re going to pay for this whole engine thing. My health insurance has to be paid by the 30th, or they are going to cancel me. We need to pay the water bill and the electric bill. The phone people want money.

Dennis: [interrupting] Listen, strange women lyin’ in ponds distributin’ swords is no basis for a system of government. Supreme executive power derives from a mandate from the masses, not from some farcical aquatic ceremony. ~ Monty Python and the Holy Grail 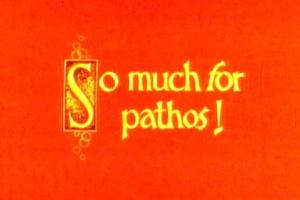 If I knew how, I would seriously consider printing some of my own money. Just enough to pay off everyone and get them off our backs. But I’m pretty sure that the Federal government frowns upon such actions. Of course, they frown upon just about everything.

Almost everything that makes fast money is illegal: guns, drugs, prostitution, etc.,  not that I would consider any of those. But what about Wall Street or owning a bank or something like that. It’s probably too much to think that AIG could throw $5,000 our way (that’s probably what one of their executive lunches costs).

I have thought about looking for that money tree that my mom used to always talk about when I was growing up. You know, the one that she would say she was going to go pick some money from when I would ask for things.

Despite my best efforts, I have been unable to locate this source of income. And I am dubious as to my abilities to find a leprechaun and a pot o’ gold as well.

King Arthur: Cut down a tree with a herring? It can’t be done. ~ Monty Python and the Holy Grail

I know that I’ve been trying to make light of all of this, but I do have to say that I really don’t know how much more bad luck I can take. I try to keep things in perspective. No one is gravely ill, and I am thankful for that.

But apart from that, it seems that we have just about the worst luck of anyone that I know at the moment: unemployment, disability, overwhelming bills, the possible loss of the house, a truck that is barely holding together, and now, a dead Trooper.

At least we know that the trooper can be used for sleeping . . .

Ex-Leper: What I was thinking was I was going to ask him if he could make me a bit lame in one leg during the middle of the week. You know, something beggable, but not leprosy, which is a pain in the ass to be blunt and excuse my French, sir. ~ Monty Python and The Life of Brian

I mean, for example, I know about sharks and volcanoes and the plague. I know about homelessness and violent crime and communicable diseases. I realize that the world is in actuality a big place in which a myriad of terrible things can happen. I know that my very small section of the world is actually protected and somewhat privileged. 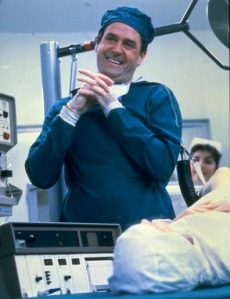 After all, I come from a place that has running water (if we pay the bill), indoor plumbing and toilets, appliances on which we can cook and in which we can preserve food, walls, a roof, soft beds, warm blankets, clean clothes.

We have access to medical care, medicines and emergency care. We can watch movies on our televisions and have instant access to information on the Internet.

We have privacy when we want it. We can enjoy the company of others when we seek it. We can read what we want without the government censoring our books.

We have the freedom to say what we believe and to vote in elections without the fear of being shot for supporting the wrong candidate. We can go to grocery stores without fearing suicide bombers.

So yes, in the grand scheme of things, my life isn’t bad, isn’t nearly bad. I have food in my stomach and clean water to drink. I have clothes and shoes to put on my body, and my family is not dying of dysentery or starvation or preventable illnesses.

Mr. Mousebender: I want to buy some cheese.
Henry Wenslydale: Oh, I thought you were complaining about the bouzouki player. ~ Monty Python’s Flying Circus

I wish that I could say that putting things in perspective helps me to feel better about things. It should. I know that. My logical, sensible side knows that of course things could be worse. Of course, we should be thankful for what we have when so many have so little.

In asking if the road ahead could be a little smoother, do I bring down the wrath of the gods, the curses of the force, the lightning bolts of the heavens?

I’m still open to the whole witch doctor thing. Maybe some shamanism, as long as I don’t have to strangle a rooster or read entrails. I have to draw the line at entrail reading, besides, it seems to be a bit open to interpretation to me:

Well, this gizzard looks sort of like a peanut. . .

No, I really think that it looks like a peanut.

Cashew. And you haven’t even gotten to the intestines yet.

Intestines? Oh, aye. Linguini, definitely linquini. Linguini and a peanut, which means 40 days of rain and loss of money.

Angel hair pasta not linguini. And a cashew. Definitely cashew. Not rain. A drought. And you will come into money.

I think that you’re half-cocked.

Well I think that you look like a springer spaniel.

No need to get personal.

And now, I will leave you with the funniest grammar lesson ever to be depicted in film (from The Life of Brian)