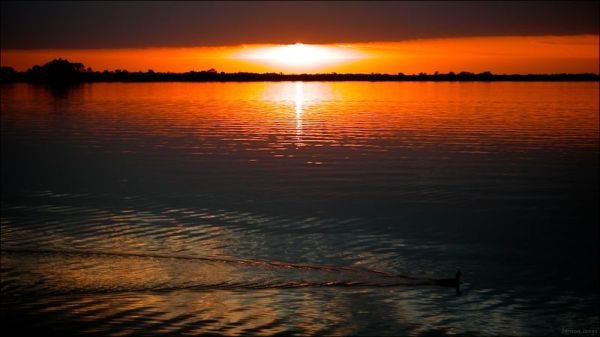 “You must not lose faith in humanity. Humanity is an ocean; if a few drops of the ocean are dirty, the ocean does not become dirty.” ~ Ghandi

Well, here we are. Thursday. Another day. Rain outside my window. Muddy paw prints on my floor. Exactly 12 cents in my wallet. Life is . . . well, it is what it is.

A quiet peace has settled over the house. Eldest son is spending more time at home. Not really sure what the reasons are behind that, but I’ll take what I can get. Today at Brett’s school there were seven, yes seven fights. Corey said that when he pulled up to the school to get Brett, the police were escorting people out in handcuffs, most of them females. The school was in lockdown for a couple of hours. Local news stations report that 14 students were arrested.

Lockdown. In a school. And people ask me why I don’t get a teaching job. No thank you, not in an urban public school, no matter what their academic standing is or how good the principal happens to be.

The one year that I taught in public schools, I was hit three times, all three accidents, but hits, even so. You know that old myth about having unusual strength during a time of crisis? Well, it’s true. I once broke up a fight between two boys in my classroom by lifting one of them off the other. The kid I lifted, who was actually a very nice boy with very good manners, was a head taller than I was.

Another time, a girl in my class was reaching around me to hit a boy she had a crush on, and I got punched in the arm. The worst fights were always the ones involving females. Not making a generalization here. This is what I saw firsthand.

Not sure what made me think of all of that. I suppose the situation at school today. Thankfully, Brett was not in the vicinity of any of the fights when they broke out.

“Creativity is the process of bringing something new into being . . . creativity requires passion and commitment.” ~ Rollo May

Maureen, my friend in Australia made a comment that she really liked the images that I used in the last post. I’m glad that people notice the images and the words.

I spend about half of the time writing my blog, and then the other half searching for and working on images. Sometimes I am very lucky, and I have a very specific image in mind, one that I have seen on another blog. But other times, such as with the last blog, it takes forever for me to find the precise image that I want. I usually look for images that I know have no copyright or for which I know that the copyright has expired. Or, in the case of my friend Janson Jones, I try to let him know that I plan to use an image in a post; he has graciously given his permission.

And then there are the times that the images I include are mine or a family collaboration. Someone in the family may have taken the photograph, but then I work in Photoshop (wonderful Adobe program, but eats up memory), and play with color, layers, filters. As with every computer program I know, I am self-taught on Photoshop, but the more that I work with it, the more interesting things I find to do with photographs.

And then after I have my words down, and I have inserted my images, I try to think of the perfect song to go along with my theme for the day. Of course, this is not always possible because sometimes, like today, I just kind of amble from one thing to another.

I’ve come a long way since I began blogging over a year ago. Whether or not my changes are an improvement only others can tell. I like to think that I have reached a point at which I have found a good balance between words, images, and music. These three things are the root of my creative process. I almost always write with music playing in the background, and my time at The Chrysler Museum of Art opened my eyes to so many beautiful paintings, sculptures, glass, photography, and other art forms from every time period.

I had always loved art before I worked there, but my appreciation for the visual expanded significantly during my tenure at the museum, especially because part of my job included writing about exhibits, giving interviews, etc. I had to take crash courses in artists and their works every couple of weeks. I’m not complaining at all. I loved the opportunity to learn more about an area in which my prior involvement had only been brief visits to museums. Coming at a work of art from the inside, having the opportunity to work with the curators was wonderfully informative, and therefore, rewarding.

“It has always seemed strange to me that . . . so little stress is laid on the pleasure of becoming an educated person, the enormous interest it adds to life. To be able to be caught up into the world of thought—that is to be educated.” ~ Edith Hamilton

I suppose I don’t really understand people who do not want to learn new things. It’s as if they are content with a certain body of knowledge, and anything else would just be extraneous. I understand a need to be focused, but to close your mind to new things, developments in science, language, politics—How can you not take an interest?

I fear that we are raising an entire generation that does not know how to delve, how to dabble. The art that they see is on a computer screen not in a museum. The research they do is from the Internet not in a library. Their knowledge of classical music comes from hearing it as background music to a commercial or when it is used in a movie soundtrack.

The term classical education is no longer a matter of pro forma, and that grieves me. A true classical education meant learning about as much as possible, even if it was just a bit about everything: languages, art, music, literature, politics, science, math, culture, economics, history.  Of course, not all of these subjects are absorbed at once.

A true classical education begins early, with a basic foundation in language so as to be able to absorb basic facts. From this, students progress to analyzing what they are taught until ultimately, these students have the ability to express themselves using their expanded knowledge base. Of course, this is a simplified explanation of what is known as the trivium (grammar, logic, rhetoric) and quadrivium (astronomy, arithmetic, music and geometry) of a classical education.

Unfortunately, Latin is no longer taught as a matter of course. And the dialectic of logic and reasoning is included in schools that are focused on college-bound students, but what about the rest? Do I dare touch on the uneasy fact of how many of our high school students graduate without knowing how to read or balance a checkbook?

We are so removed from the Greek and Roman ideas of education (barring their idiotic barring of females from receiving formal education) that I fear we will have a generation whose only acquaintance with Latin may be the two phrases carpe diem and semper fi. Of course, I am over-simplifying things as I have a tendency to do when I am frustrated.

“A room without books is like a body without a soul.” ~ Cicero

Actually, I don’t really know how I ended up on this particular topic; I only know that upon arrival, I began to become vexed—a sure sign of my omnipresent impatience with ignorance (not stupidity) and how we as a society are responsible for said pervasive ignorance.

Time to stop and have a Pepsi and some chocolate, something to sweeten my disposition. I will leave you with this: If you have young children, read to them, all of the time, from board books when they are very young to fairy tales as they get older. A little story: My daughter Alexis was with her friend Jennifer. The two of them were sorting through children’s books bought at an estate auction. Alexis kept picking up books and saying how wonderful this one was and how much she enjoyed that one.

Jennifer replied that she hadn’t read most of them. Alexis was incredulous until Jennifer reminded her that her mother was not an English professor like Alexis’s mother. Jennifer, like so many young people, grew up in a house without books; whereas Alexis already had a pretty extensive library by the time she entered high school. Not bragging, just telling a story.

Teach your children to read early and you will allow them to become life-long readers. And remember, never ever make fun of a child’s ability to read. Nothing could be more cruel or do more harm to a child’s self-esteem. Just ask anyone who has struggled with dyslexia or a learning disability.

Just a note: I actually wrote this post on Thursday afternoon, but after writing about picking images for my posts, I froze. I could not, for the life of me, decide on any images that would be suitable for this post, with the exception of William Glackens’ painting “The Shoppers.” Probably should not have written anything about my creative process . . .