Sometimes, I really miss the Simpsons (I know that they’re still on. I just stopped watching years ago): 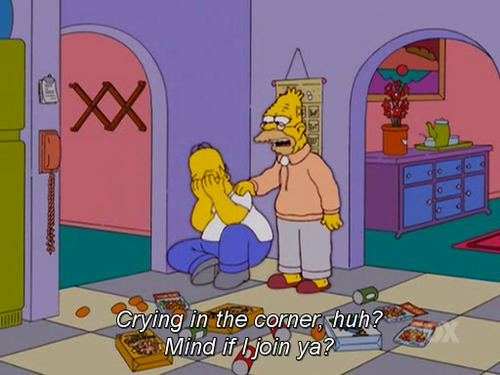 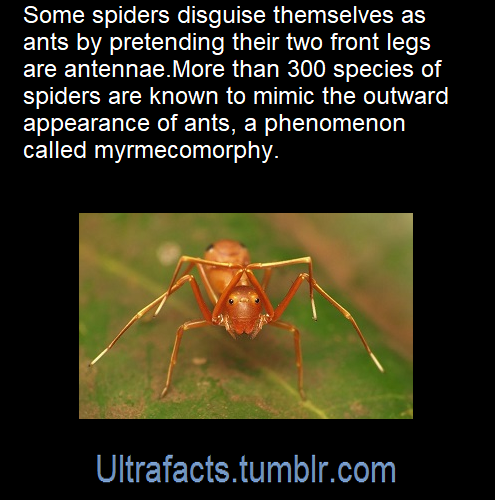 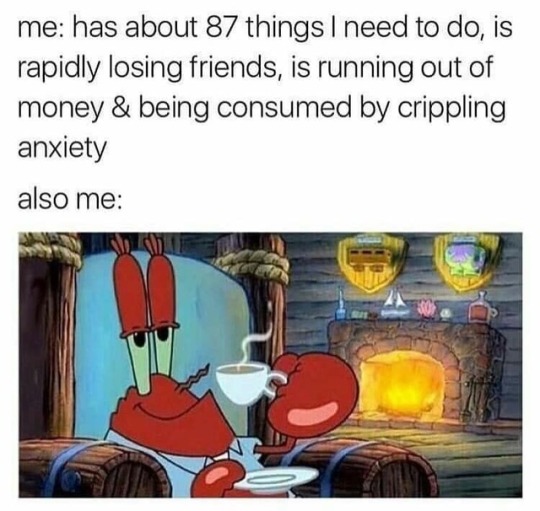 This fact is actually quite sad: 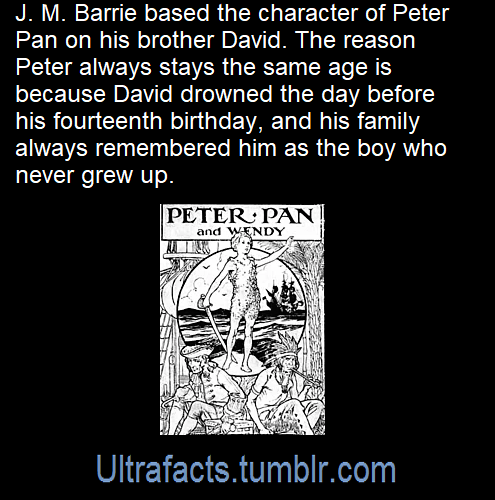 Wow. Deep philosophy for a newspaper: 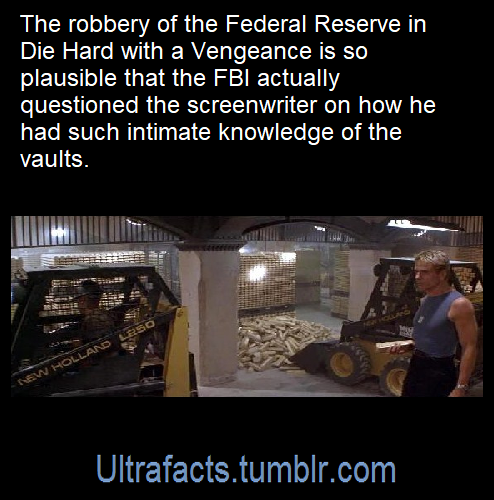 Data was always my favorite: 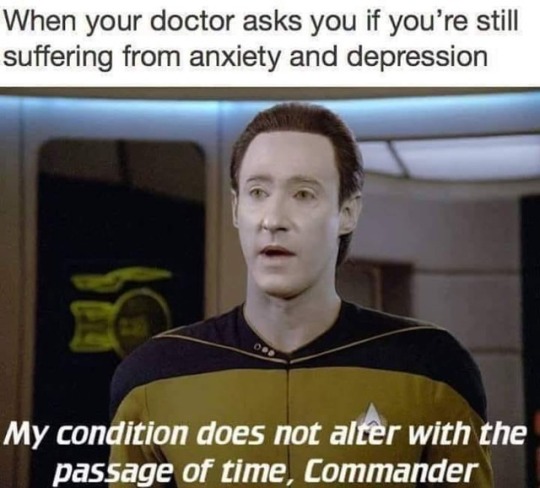 * Michele Bachmann of the one l, two n’s never ceases to amaze me. Just for fun, go to Daily KOS to see a selection of some of her more outlandish vids. I agree with Zirgar that her eyes are just plain scary.

* Need to schedule a mammogram. When I hear men complain about their annual physicals, it makes me laugh. Have they ever had their private parts put into a machine and mashed into the size of a pancake? No? Then shut up about it already.

* Latest version of treatment for my migraines: Massive doses of magnesium daily (working up to about 2000 mg) for prevention, and then Relpax and zanaflex for relief. We’ll see. Forgive me if I just don’t have any faith in migraine relief any more.

* Any more. One word or two? One of my common mistakes. Also, always misspell minutiae.

* When you are a teenager, getting your own telephone is a rite of passage, one that you anticipate eagerly. Once you have one, you use it all of the time. I remember that I had a deep red rotary telephone in my first apartment. I loved that phone. There’s something to be said for using telephones that are plugged into one place: You don’t have to listen to the person on the other end do things that you don’t want to hear . . .

When you are an adult with obligations, the telephone is a pain in the butt. Have come to hate mine, and since it’s been turned off because I don’t have the money right now for the bill, I really don’t care.

* Have I mentioned that I love pens, specifically, pens that write smoothly, not too fine of a point. Hate ballpoint pens. Remember using old black ballpoints from the Navy. Yuck. The ink would always get gloppy and stain my hands. But they smelled good. Isn’t it odd how you remember little bits of minutiae like that? Love rollerballs, especially in purple. Use purple to address all of my cards. Red for Christmas cards. Oh the small things that make one happy.

* My friend Mari just had her birthday October 1st. I am so lax. I still have her birthday present from last year. How hard is it to go to the post office? Very if you are slowly turning into a complete homebody bordering on hermit. I really need to get out more.

* Since I have no new books to read, I am raiding the storage bins for reading material. Picking books at random. Hoping enough time has passed that I don’t remember all of the plotline. Not complaining. Usually read books at least twice anyway.

* Dreamed last night that someone sneaked into our home and cut off my hair. Woke up (in the dream) only to realize that almost all of my hair was gone. Symbolism? Hair equals power? Hair equals beauty? Or something much simpler: I need a haircut.

* Watched a thoroughly depressing episode of 20/20: Albinism and the growing trend in Tanzania of killing albinos for body parts to be used by witch doctors in concoctions for power and long life. Visit Under The Same Sun website for more information about this very real, very tragic situation.

* Also watched the movie about Georgia O’Keeffe starring Joan Allen and Jeremy Irons (as Alfred Stieglitz). Actually very well made for a television movie. O’Keeffe was an incredible talent and, gasp, a freethinking woman well before her time. Her art never fails to amaze me.

* I want to have a bumper sticker made that reads “Danger: I am a Freethinking Woman.”

* I desperately need to clean my desk. There is not one square inch of surface that is not covered by paper or something that does not need to be there. I have resolved, though, that I will clean my desk when Corey cleans off the dining room table, which he has somehow claimed as his desk. Kind of defeats the goal of sitting down together for dinner.

* Shakes is currently positioned directly adjacent to my feet. Normally when I am at the computer he sleeps off to the right. Very clingy today.

* Too incredible not to be true: I actually had to reschedule my doctor’s appointment on Friday because I hurt too much to get out of bed. Now that’s pathetic: too sick to go to the doctor. I despair of what is happening to me.

* I want to see the new movie 2012, although not for the same reasons that Zirgar wants to see it. First, I love John Cusack because he has one of those faces that is perfect for disaster movies: What? Me? In case you’ve been living in a cave, December 21, 2012 is date on which the Mayan calendar ends; hence, all of the predictions of the end of the world, the apocalypse. I wonder if the Heaven’s Gate people will finally be shuffled into their UFO. I mean, they’ve been waiting since 1997. Sorry if I sound glib, but doomsday predictions tend to make the cynic in me take over.

* I miss eldest son. He works all of the time, and when he isn’t at work, he’s with his girlfriend. He stops in to put his dirty clothes in the hamper and play a little XBox. Still hoping that plans to start college in January are a go.

* If I am to believe all of the ads, then collagen from the sea is the best thing for keeping my skin looking youthful. Youthful. Such a subjective term. Do I want to look like I did when I was a teenager? No. In my 20’s or 30’s? Only as far as my weight is concerned. I’ve earned my looks. I haven’t been through all of my trials and tribulations for nothing. For now, I’ll continue to be thankful for my good genes and Filipino skin which does not begin to show wrinkles for a long time (if I am like my father), and a touch of Oil of Olay Regenerist daily.

* I am craving Gummi Bears. Isn’t that a weird thing to crave? But they’re such a great snack—small, sweet, chewable. I know. I really need to get out more.

* Stats: I’m starting to obsess over them again. I had stopped doing that, and it was much less stressful. I mean, I made my goal of 100,000 hits by October 1st, which marks just about a year since I’ve been blogging seriously. But recently, I saw a nice jump in hits, and I began to look at my stats again. Now, if I drop one day, I begin to obsess: Is my blog boring? Do people not like what I’m writing? Should I write about politics more? Should I write about politics less? Should I stop obsessing? That’s about the only question to which I can state a firm yes.

I have set for myself a goal to post everyday in October, to try to get back to my daily posting. My reasons for doing this have less to do with blogging and more to do with trying to get back into some kind of active schedule. When I was writing at least two to three hours everyday, I felt better: emotionally psychologically. I know that I need an outlet, and I have learned from many years of trial and error that writing is the very best outlet for me to use to exercise my mind. Reading does come in at a close second.

The point is, though, that I know what I need to do to help myself, but sometimes, it really is much harder than it would seem. I am well aware that part of the reason for my being lax in the past months has a great deal to do with my state of mind, which has been, shall we say, less than optimum. But it’s kind of a self-fulfilling prophesy: I don’t write because I feel too depressed to write, but if I don’t write, then I feel depressed. Hate those Catch-22’s of life (great book, by the way, much better than the movie, which was hilarious).

Hence, my declared decision to write and post daily again. All of that being said, there’s a very good chance that the Internet service is going to go away fairly soon, for obvious reasons. But I have a plan . . . I’ll write my posts in Word, save them up, and then post all of them once I can get service back. Why I am I bothering to mention this? I don’t know. Maybe because I’ve made this declaration, and I don’t want to appear to be wishy washy when my posting stops (even though I can be wishy washy).

That’s about all for now. I was trying to think of the perfect music to accompany this rambling entry. Couldn’t decide between “Save Me” or “Humpty Dumpty” by Aimee Mann. Found a vid with both. How cool.