“There was a long hard time when I kept far from me the remembrance of what I had thrown away when I was quite ignorant of its worth.” ~ Charles Dickens, from Great Expectations

I’ve been pondering regret, all kinds of regret, and I decided that instead of just mulling over all of this in my head that I would try to get some of these thoughts down here. I have no idea as to just how successful I’ll be in doing this, as lately, each time I begin to type, all of the myriad of ideas racing through my head suddenly disappear, and I am left with nothing, no words, no well-constructed lines of thought and logic.

So perhaps rather than trying to write well-constructed sentences, I’ll just type the thoughts as they come, much like my dream post of a few days ago. So here goes, in no particular order or priority:

“The longing for impossible things, precisely because they are impossible; nostalgia for what never was; the desire for what could have been; regret over not being someone else; dissatisfaction with the world’s existence. All these half-tones of the soul’s consciousness create in us a painful landscape, an eternal sunset of what we are.” ~ Fernando Pessoa, from The Book of Disquiet

“I had buried too much too deeply inside me. And here I am, instead of there.” ~ Jonathan Safran Foer, from Extremely Loud and Incredibly Close

Then there are these:

“Droll thing life is—that mysterious arrangement of merciless logic for a futile purpose. The most you can hope from it is some knowledge of yourself—that comes too late—a crop of inextinguishable regrets.” ~ Joseph Conrad, from Heart of Darkness

“I am grateful for all those dark years, even though in retrospect they seem like a long, bitter prayer that was answered finally.” ~ Marilynne Robinson, from Gilead

And finally, a few more:

Ultimately, I regret far too many things to list here, far too many thing to try to enumerate in any kind of cogent way. People I have wronged. Relationships better left unpursued. Arguments. Words spoken and unspoken. Decisions made and those put off and then forgotten. Stupid things like something I left undone at Dillard’s, or a night that would have been better never happening, the wrong outfit at a wedding . . .

Who can live with such things and not go crazy? Is it any wonder that I never feel adequate or whole?  Any wonder that my entire sense of self is controlled by guilt? Such self-loathing. Such would-have, should-have recriminations. Such bullshit obsessing. I cannot emphasize enough how much I hate being like this.

Wind in a Box

I want to always sleep beneath a bright red blanket
of leaves. I want to never wear a coat of ice.
I want to learn to walk without blinking.

I want to outlive the turtle and the turtle’s father,
the stone. I want a mouth full of permissions

and a pink glistening bud. If the wildflower and ant hill
can return after sleeping each season, I want to walk
out of this house wearing nothing but wind.

I want to greet you, I want to wait for the bus with you
weighing less than a chill. I want to fight off the bolts

I want to be the wind and I want to fight off the wind
with its sagging banner of isolation, its swinging

screen doors, its gilded boxes, and neatly folded pamphlets
of noise. I want to fight off the dull straight lines
of two by fours and endings, your disapprovals,

your doubts and regulations, your carbon copies.
If the locust can abandon its suit,

I want a brand new name. I want the pepper’s fury
and the salt’s tenderness. I want the virtue
of the evening rain, but not its gossip.

I want the moon’s intuition, but not its questions.
I want the malice of nothing on earth. I want to enter

every room in a strange electrified city
and find you there. I want your lips around the bell of flesh

or book of poems. When I leave this body, Woman,
I want to be pure flame. I want to be your song.

If a man in his forties
is still drawing seas and dovecotes
if in his thought is reflected
a sun more transparent,
more lucid than the sun of reality,
if the word ‘Amorgos’ is not just
the mask of a fleeting, adolescent memory,
then between the poem of desire
and the poem of necessity
real loss is panting.

Prologues have been consumed.
They cannot always substitute the topic.
He must decide whether he can
hold on to this absolute idea
even if he has ceased to believe in its power.
It is a question of faith from now on.

Successive metamorphoses of paradise.
The eye tries to interpret the enigma of beauty
while Delos is slowly emerging on the horizon.
Summer feels like an eternity.
The poem begins to invent itself
at the moment when the man turns his face to the light.

(The moment when imagination
freed from the specific sensation of blazing light
vertically rises in the sky.)

Not one sail on the horizon
tearing the canvas apart.
The image of a tree
with its wind-swept boughs scavenging the ground
is not a part of the scenery today.
Yet, the old lady creeping uphill on her knees
tightly holding Her icon is.

The man is walking on the beach alone.
He is still touched by the melodious whisper of the waves,
the way the water is persistently lulling the rock to sleep.
Nature around him
(cedars, rotten fishing boats, shingles)
has a melancholic, unaffected brightness.
If he were to die at this moment
he would want to be here
in this place where he has been.
Even for a while.
For now.

A Lecture on Aphids

She plucks my sleeve.
“Young man,” she says, “you need to spray.
You have aphids on your roses.”

In a dark serge coat and a pill box hat
by god it’s my third grade Sunday school teacher,
shrunken but still stern, the town’s
most successful corporate attorney’s mother.
She doesn’t remember me. I holster
my secateurs, smile publicly,
and reply, “Ma’am,

did you know a female aphid is born
carrying fertile eggs? Come look.
There may be five or six generations
cheek by jowl on this “Peace” bud.
Don’t they remind you
of refugees
crowding the deck of a tramp steamer?
Look through my hand lens—
they’re translucent. You can see their dark innards
like kidneys in aspic.

Yes, ma’am, they are full-time inebriates,
and unashamed of their nakedness.
But isn’t there something wild and uplifting
about their complete indifference to the human prospect?”

And then I do something wicked. “Ma’am,” I say,
“I love aphids!” And I squeeze
a few dozen from the nearest bud
and eat them.

After the old woman scuttles away
I feel ill
and sit down to consider
what comes next. You see,
aphids
aren’t sweet
as I had always imagined.
Even though rose wine is their only food,
aphids
are bitter. 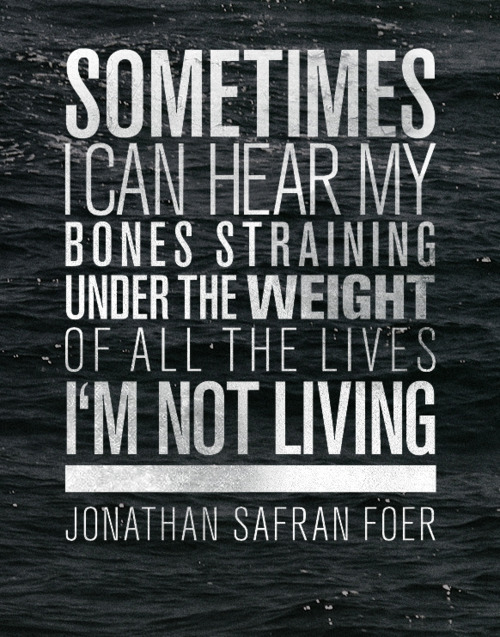 Am I being too persnickety because that backwards apostrophe is bugging the crap out of me?