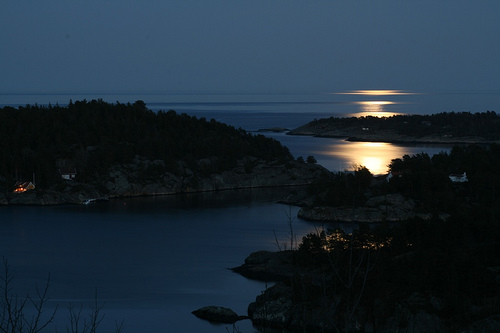 Note: I could not get my computer to work yesterday evening, so this post is backdated. Sorry . . .

“I desire to press in my arms the loveliness which has not yet come into the world.” ~ James Joyce, The Portrait of the Artist as a Young Man

I showered today. To most of you, this might not seem like such a big deal, but since yesterday I never made it out of my pajamas, and spent almost the entire day in bed, it’s a big deal for me.

So much has gone on in recent days that I feel as if I’ve run a marathon in combat boots: my entire body aches and is rebelling at just the idea of sitting here.

We found out the total amount needed to bring our mortgage current plus the attorney’s fees, and it isn’t pretty. I had to tap a source that I really did not want to tap, a relative (indirectly). Not my mother as she does not have the funds, nor do I want to have to hear from her about what a failure I am again. Unfortunately, this source could very easily let slip to my mother what’s going on.

I know that I just have to suck it up and deal with whatever fall-out there is, but the thought of the what-ifs is significantly adding to my stress level. This whole mortgage fiasco is beyond anything we have faced in years. The idea that I could lose this house—as old and decrepit as it is—just breaks my heart. The idea that we could become displaced scares the crap out of me. So if I can secure the funds from someone who is willing to help, I cannot allow my pride to stand in the way.

“I count the clouds others count the seasons
Dreaming of archipelagos and the desert
I have lived through weeks of years.” ~ Susan Howe, from “Hinge Picture”

Oddly enough, I began the week on a good note, but that was doomed to pass quickly.

I saw Dr. K. on Monday and talked out the whole issue of going back to work, the possible risks and possible benefits. I told her that I would be pursuing this particular position purely for the money, not because I’m interested in the job itself. She then put it to me in a way that I could really appreciate: If I went back to work for a job that I was not invested in emotionally, a job—just a job—then the chances of my health problems being exacerbated would be greater than if I went back to work for something that really meant a lot to me, like a university teaching position.

When she put it that way, it made complete sense to me. Sometimes it takes an objective third party to make you see what’s been in front of you the entire time, the reality of it all.

And for me, the reality is that if I could go back to teaching English for a college or university, I wouldn’t care about the salary because I would be doing something that I really love.

Anyway, that was Monday. It’s been downhill, full speed ever since.

“I am not good at noticing when I’m happy, except in retrospect. My gift, or fatal flaw, is for nostalgia. I have sometimes been accused of demanding perfection, of rejecting heart’s desires as soon as I get close enough . . . I know very well that perfection is made up of frayed, off-struck mundanities. I suppose you could say my real weakness is a kind of long-sightedness: usually it is only at a distance, and much too late, that I can see the pattern.” ~ Tana French, from In the Woods

I’ve been trying not to just sit around and eat chocolate, even though it seems like a pretty good idea to me. Those 90-calorie fiber brownies? Yep, those? They taste like powdered cardboard. They’ll do in a pinch just to get the flavor of chocolate near the taste buds, but as far as filling that need for chocolatey smoothness . . . nope, not even close.

Then there are the 100-calorie snack packages. Do you know how many chocolate chip cookie thingies they put in one package? Eight, and they are the size of a quarter. Yep, 100 calories of pure chocolate air.

What I want is a carton of some kind of Ben and Jerry’s, preferably with the highest fat content possible, and a big spoon, and no one around to see me indulge. That or a bag of Pepperidge Farms cookies. Those would be good too.

Instead, I’ll just sit here and type and hope the cravings go far, far away. Men simply do not understand the whole chocolate thing. It’s not just for PMS. It’s for stress. It’s for depression. It’s for happiness. It’s for celebration. It’s dopamine with calories. Given a choice between Godiva and heroin? Godiva, hands down. Adult acne be damned.

“A dreamer is one who can only find their way by moonlight, and their punishment is that they see the dawn before the rest of the world.” ~ Oscar Wilde

Well, that little interlude helped a bit, that is until I remembered that yet another Law & Order franchise has been ruined for me. “Law & Order UK” killed off the Matt Devlin character, played by Jamie Bamber (who was also Apollo in “Battlestar Gallactica”). I loved him. I was already pissed at the loss of Ben Daniels, whose Crown Prosecutor James Steel was as sharp as Linus Roache’s character of Michael Cutter.

Bamber’s departure comes as a result of his casting on “Precinct 17,” of which I know absolutely nothing.

And “Law & Order SVU” is also going down the tubes with the departure of Christopher Meloni and the addition of two new cast members. Okay, so this is not important in the grand scheme of things, but as I am a diehard fan of all things L&O (with the exception of LA, which I cannot bring myself to like), the loss of the original, the tossup of SVU, and the big changes to UK make me terribly unhappy, which, as you know, is so unusual for me.

“It’s like morphine, language is. A fearful habit to form: you become a bore to all who would otherwise cherish you. Of course, there is the chance that you may be hailed as a genius after you are dead long years, but what is that to you . . . Time? Time? Why worry about something that takes care of itself so well? You were born with the habit of consuming time. Be satisfied with that.” ~ William Faulkner, Mosquitoes

So, here I sit. The house is quiet. Everyone is at school or at work. Everyone, that is, except for me and the dogs and the dust bunnies . . . I’m sitting here with the sun in my eyes, the afternoon sun that is streaming through Eamonn’s bedroom window. If I do that thing that kids do, you now, close my eyes almost all the way, then I can see light refracting off my eyelashes.

Remember when you first discovered how to do that? I don’t either.

For some reason, I cannot get my YouTube to work at the moment. I keep getting a 502 error, whatever that is, whenever I set a playlist to play. I tried signing back in, but nothing. So I don’t have a song for this post, which is okay, I suppose, as I don’t yet have a theme in mind for the images to go with the words. It’s that kind of post: disjointed, fragmented, bumpy.

I prefer for my posts to be like the kind of ride you get in an Infiniti, or something along those lines: smooth, comfortable, almost quiet. Instead, I have a 4×4 kind of post going on, and I keep hitting all of the potholes. My suspension is shot, and I’m badly in need of a tune-up.

Oh well, never going to own that muscle car that I always dreamed of having. You know, the one with the motor that growls low at stop lights, the one that slides in and out of cars. Nope. Not going to happen . . . ever. A muscle car needs to be low to the ground, something that my body just won’t do.  No black Ford Mustang with a sunroof and speakers that make my tummy vibrate.  Just please don’t put me in a white sedan. I think that would be the end of me.

What am I going on about? Who the hell knows.

Music by Tom Waits, “The Part You Throw Away”

“Since I last wrote summer has gone. It’s autumn. Now Jack brings home from his walks mushrooms and autumn crocuses. Little small girls knock at the door with pears to sell & blue black plums. The hives have been emptied; there’s new honey and the stars look almost frosty. Speaking of stars reminds me—we were sitting on the balcony last night. It was dark. These huge fir trees ‘take’ the darkness marvellously. We had just counted four stars & remarked a light, high up—what was it? on the mountains opposite, when suddenly from far away a little bell began ringing. Someone played a tune on it—something gay, merry, ancient, over and over. I suppose it was some priest or lay brother in a mountain village. But what we felt was—it’s good to think such things still happen to think some peasant goes off in the late evening & delights to play that carillon. I sometimes have a fear that simple hearted people are no more. I was ashamed of that fear last night. The little bell seemed to say, but joyfully: ‘Be not afraid. All is not lost.’” ~ Katherine Mansfield, from a letter to Richard Murray, September 5th, 1921