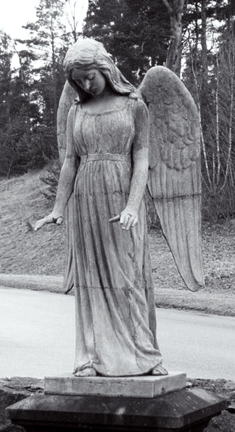 “Mourning is not forgetting . . . It is an undoing. Every minute tie has to be untied and something permanent and valuable recovered and assimilated from the dust.” ~ Margery Allingham

“Death lies on her like an untimely frost upon the sweetest flower of the field.” ~ William Shakespeare

I had an interesting conversation a few weeks ago that has stayed on my mind. A professional woman whose opinion I greatly respect told me that I am still grieving. Her comment momentarily took me aback for two reasons: I had not been talking about the loss of Caitlin. And secondly, it’s such an integral part of my life that I never stop to think about my grief.

But the truth of the matter is that yes, I am still grieving for Caitlin as well as for my father. I lost my baby girl many years ago. She was the second child that I carried, after Alexis, and the reality is that if we had not lost Caitlin, we may never have had the boys. But we did lose Caitlin. She was seven months and 16 days old when she died in my arms. Her death was a result of many things, the first being the malignant brain tumor. Everything else that came after only hastened her death.

The operation to remove the brain tumor was successful in that they were able to remove the entire tumor. I was told that it was the size of an orange. Imagine that girth in the skull of a seven-month-old baby . . . After the operation, Caitlin contracted a staff infection. After she had recovered from that, she began her chemotherapy. Essentially, I would have to say that the chemo probably was the real killer: it depressed her immune system so much that she ended up with pneumocystis, a particularly pernicious strain of pneumonia, the type that people suffering from AIDS can contract. The pneumonia led to her being put on a respirator. The respirator led to first one chest tube and then many chest tubes.

Ultimately, this string of events was too much for her small body. She died as she had spent most of her life: in my arms on a Monday afternoon at 2:42 on November 7.

To say that this day changed my life so completely does not even begin to describe the repercussions of losing my child. To say that I have grieved every day since may sound like hyperbole, but I do not think that it is.

“Give sorrow words; the grief that does not speak whispers the o’er-fraught heart and bids it break.”  ~ William Shakespeare

For the first few years after her death, I visited the cemetery almost every day. Some days, I would sit there at her graveside and just keen until it felt as if my heart were completely empty. Other days, I would just sit and listen to the birds and enjoy the quiet communion. At times, I would imagine how I must appear to a casual observer, but then I realized that anyone who was in the cemetery with me, aside from the workers, was there for their own communions and cared little at all how I appeared.

Eventually, the grief became such an intrinsic part of my life that I believed that it no longer consumed me. Sometimes, the realization of her loss would come upon me unexpectedly, and I had no choice but to give in to the tidal wave of mourning. If these moments happened at home, I would take a shower to mask my tears and the ensuing moans that would escape my body so that Alexis and the boys, who were too young to really comprehend what was wrong, would not see or hear these unasked for echoes of my soul’s despair.

These moments assailed me less and less the more that time passed, but the truth is that they still have not completely disappeared. And now, if they come, they are sometimes a mixture of the loss of both my child and my father, and how completely helpless I felt at both of their deaths.

“When our children die, we drop them into the unknown, shuddering with fear. We know that they go out from us, and we stand, and pity, and wonder.” ~ Henry Ward Beecher

After Caitlin died, I went into therapy. It was that or be completely consumed by my grief. I learned a morbid fact in therapy: The loss of a child ranks as second or third on the list of the worst things that can happen to a person. Being a concentration camp survivor tops the list, followed by being a prisoner of war. Sometimes the first two are considered equal in how badly the effect of these events can crush the human psyche.

The usual platitude, of course, is that losing a child is unnatural in life’s grand scheme. One is not supposed to outlive a child. But I came to realize that life’s grand scheme was a sham, at least for me. My reasoning was thus: What grand scheme could possibly insert the loss of a child into the fabric of being? I’m not talking about religion or a loving deity here, just fate.

Fate truly is fickle. For how many of us actually have exactly the life that we imagined we would have? How many of us have suffered incredible losses that we could never anticipate? And then I had an epiphany: Fate will never be what you expect it to be. The ancient Greeks knew that, which is probably why they referred to fate in the plural: the Fates.

Fate, for me, was my enemy. It insinuated itself into my existence and wrapped itself around my heart like a tightly-fitting glove. And as a result, I found that my capacity for love was forever changed. Or at least that is how it felt for a while. Let me give you an example: After Caitlin died, I realized that I was holding back in my feelings for her surviving older sister—just at the time that she needed me the most.

It was not a deliberate act. Rather, it was an act of self-preservation; i.e., if I do not allow myself to love completely, then if I lose her, it won’t be as devastating.

This is how insidious the loss of a child can be. One begins to view life myopically. Everything is tinged by the loss, even the love that you still bear for those dearest to you.

Fortunately, I was able to overcome my fear of loving my daughter. I realized that I could not let loss control my heart, no matter how much it tried to still my affection. I allowed myself to love completely again, and as a result, I had two more children, two boys. And in allowing myself to love again, I began to live again.

In the years that followed, I attempted to focus more on the time that we had with Caitlin, rather than the agonizing period in which we lost her. But again, as with most things, even this approach was faulty. The reverberations of a loss of such magnitude are farther reaching than most people realize, and to deny my memory the loss was to deny Caitlin’s entire life.

“By the waters of Babylon we sat down and wept, Remembering thee.” ~ Algernon Charles Swinburne 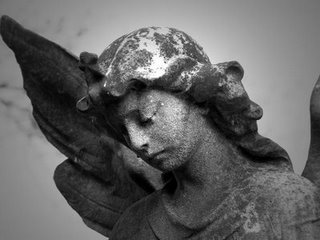 I have found that people who have never suffered the loss of a child cannot possibly understand just how permanently it shapes your life. I once had someone ask me, in total seriousness, if it wasn’t time that I stopped grieving and moved on. What this person could not possibly comprehend was that I had moved on, but that the process of mourning is a never-ending process.

Like an ocean, mourning ebbs and flows, but it cannot be controlled completely. Time does heal, but simultaneously, time stamps forever in memory the life that was lost.

In the end, I suppose that how we grieve is a reflection of how we live. This was one of the things that ultimately drove an unmoving wedge between my former husband and me. There are those stages of grief that every grief counselor and therapist will tell the mourner about, and then they always add that individuals move through these stages differently. This is what happened to us; we moved through our grief differently, and eventually, separately, and few relationships can withstand such vast differences in functioning.

Which brings me full circle. The truth is that I still carry my grief with me. It is compartmentalized and for the most part governable. But it is omnipresent, and to deny that would be to deny my very existence. I fear forgetting, even though to do so is well nigh impossible because Caitlin will always be a part of who I am, of the face that I present to the rest of the world. And losing her does not negate my love for her.

I buried my beautiful, dark-haired daughter on a brisk November morning, but I did not bury myself with her, as much as I wanted to, tried to. I persisted and endured, and I am stronger for it, but my weakness will always be the loss of my baby girl. This is the pattern of life itself. This is a part of my tapestry, the one that I am still weaving. Perhaps, in some ways, it is the largest part, and it took an insightful remark to remind me of that. But while Caitlin colors every part of my life, she does not overshadow it. And this, more than anything, is probably the reason that I have survived.

There will be more later. Peace.