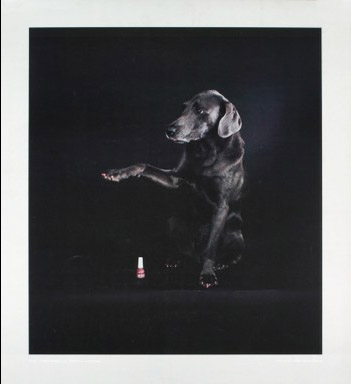 “They (dogs) offer, if we are wise enough or simple enough to take it, a model for what it means to give your heart with little thought of return.”~ Marjorie Garber

“Both powerfully imaginary and comfortingly real, dogs act as mirrors for our own beliefs about what would constitute a truly humane society.” ~ Marjorie Garber

I had just begun writing my post for today; I was going to do a new Grace in Small Things. However, things change, and in this household, it’s usually within the blink of an eye.

Tillie had another seizure today. I heard Corey running from the living room and knew that something was wrong. Tillie’s last seizure was in May, and that one racked up a hefty vet bill that we are still trying to pay. This time, we knew that we did not have to take her to the vet. But still, it’s a hard thing to watch: the obvious fear in her eyes from not knowing what is happening with her body is probably the worst part. Thankfully, this one did not last long, and she seems to have suffered no long-term effects as she was ready to go outside and play ball with Corey within an hour of having the seizure.

I’ve been doing some reading about dog seizures, and of course, opinions vary from article to article. One common thread seems to be a deficiency in B6 and Magnesium.

One article in particular was very graphic in its disparagement of commercial dog foods, even relating how California pounds sell their euthanized dog and cat carcasses to dog food processing plants. I’m not sure how much stock I put into that, but if it’s true, it’s horrible.

Don’t get me wrong, I know that the term “meat by-products” is a euphemism for what’s leftover from the parts people can eat. I remember as a young girl being horrified when someone told me that old horses were used to make dog food. I would always get a lump in my throat whenever my mother would make me open the cans of K-Nel Ration (don’t even know if that brand exists any more) for the Yorkshire Terriers that we had. I was certain that I would smell horse when I opened the cans. I took me forever to get over that one.

We buy Purina  Beneful for our dogs. The Jack Russells have been on it since they were puppies, and Tillie has been eating it since she came home with us, first the puppy food and now the healthy weight maintenance formula. Apparently there is a mineral called phylate that leeches the vitamins from dog foods, causing a vitamin deficiency that can lead to seizures in some pure bred dogs, Labrador Retrievers being one of those breeds.

I checked the contents on the Beneful bag, but I didn’t see phylates listed. Who knows what to believe? I did look up phylates and confirmed that the mineral does cause depletion of vitamins. Whether or not it’s in the dog food is anyone’s guess. I just know that we are going to look for a vitamin supplement to give the dogs with their dinner in the evening. Two seizures within five months is two too many.

“One reason a dog can be such a comfort when you’re feeling blue is that he doesn’t try to find out why.” ~ Author Unknown

Tillie may feel fine, but I’m wiped out, and my headache that was gone for most of yesterday is creeping around my skull at the moment.  Oddly enough, I was speaking to the woman from the Social Security administration this morning about my migraines. She had called for some follow-up information: how often? causes? symptoms? Did I mention stress?

Anyway, the episode is over. Corey is mowing the yard, and Tillie is sleeping on the couch. Brett is still upset because he thinks that he should have noticed sooner that something was wrong. I told him that no one is to blame, but we just need to keep a closer eye on Tillie. The fact is, she may have had more seizures when we were asleep, but I don’t think so.

I am very attuned to the dog’s movements during the night and early morning. The dogs usually get my attention by shaking their heads and making their collars jingle. I wake up as soon as I hear that sound. They have me trained well. My own Pavlovian bell. So I think that I would have noticed if Tillie were in distress. At least, I hope so, but there is no way to know for certain.

“I love a dog.  He does nothing for political reasons.” ~ Will Rogers

So much for the Grace in Small Things entry. I wasn’t doing too well with it anyway. I only had one thing down and was struggling to find four more. The past few days have been like that. Yesterday, I began an entry that I just deleted. My heart wasn’t in it, and it showed. Hence, no post yesterday, which breaks my attempt to post everyday in October.

I could touch on the abysmal governor’s race in our state, or the latest dubious proclamations from Glenn Beck about the POTUS being like Chairman Mao (oh, pleez, you moron), or how the Obama White House is wasting time on getting into a pissing match with Fox News as reflected Communication’s Director Anita Dunn’s comment to CNN about Fox News being a “wing of the Republican Party.”

I mean, the phrase Fox News is an oxymoron. There is very little news involved in the news arm of Fox Media. How about when Martha MacCullum of Fox News used a clip of VP Joe Biden on the campaign trail? Biden was quoting John McCain in saying that the “economy is basically sound.” MacCullum used that edited clip to say that the VP was one of many who were proclaiming a rebound in the economy. Say what?

Fox news is biased, not well researched, strongly conservative, and filled with lunatics like O’Reilly and Beck, but the acknowledgement by the White House just seems to be giving them more fodder for their misspeak. I say, treat them like the misbehaving children that they are. Ignore them and send them to bed. Blowhards feed on attention—positive and negative. Just consider bully Rush Limbaugh if you want proof.

Perhaps tomorrow I will be more inspired. For now, though, just not that much going on in my brain, at least, nothing very noteworthy. Just the usual: bills, mortgage, money, bills, money, health insurance, bills . . .