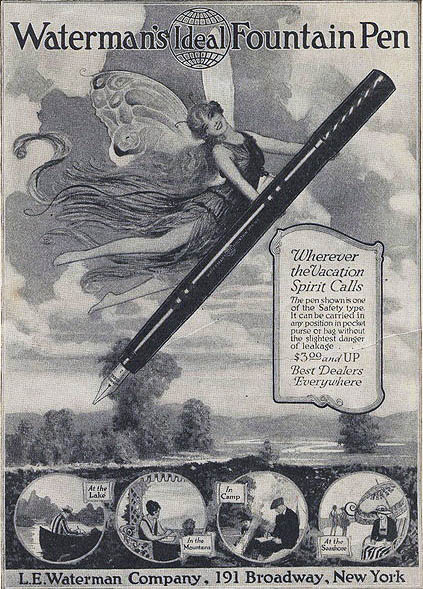 “Many people hear voices when no-one is there. Some of them are called mad and are shut up on rooms where they stare at the walls all day. Others are called writers and they do pretty much the same thing.” ~ Author Unknown

Not a whole lot going on at the homestead.

Corey went to an open house for MSC (Military Sealift Command) today, only to find out that they haven’t had any available deck positions for over a year. He said that the place was packed and that most of those in attendance had no experience at all. I know that it is quite discouraging for him to go to these things only to find out that there are no jobs. Besides, why are they having an open house if they don’t have any positions. Does this make sense?

We haven’t heard anything else from the shipyard, and as I said, that process could take months. Vane Brothers hasn’t gotten back to him either, although the man with whom Corey has been in contact did say that he was passing Corey’s detailed work experience on to the General Manager. I don’t even know if that means anything any more. It used to be that when you heard something like that from an employer, it was a very good sign, but not these days in this economy.

I think that I’ve finally gotten things straightened out with my retirement account. I had hoped that I wouldn’t have to take anything more out of my account, but I will probably have to continue to make withdrawals for the time being. With a 24 percent tax penalty each time, that’s a hefty loss right off the top for any withdrawal that I make, but we really don’t have any other choices left.

When I spoke to the representative with whom I have been in continuing contact, he told me that Denver had just been hit with a huge snowstorm, so the TIAA-CREF offices may be closing early. He didn’t seem very amused when I told him that it was 75 degrees here. Oh well. Glad that I don’t live in Denver. I’m not ready for snowstorms, not that we ever really get them in this area any more.

“You can’t write a personal column without going to some very deep place inside yourself, even if it’s only for four hours. It’s almost like psychotherapy, except you’re doing it on your own.” ~ Jennifer Allen, essayist

Just spending my time rereading some old books by Ann Rule. These aren’t as interesting as the ones that I read over the weekend, but they are better than nothing.

Other than that, I really don’t have a whole lot to say. I need to finish some paperwork for Virginia Social Services to see if I qualify for Medicaid. If I do, then some of my back balances with my doctors may be taken care of, which would be one load off my mind. With any luck, I may get some help with prescriptions as well, which would be really great since my prescription coverage is still screwed up, and we are having to pay full price for my prescriptions. As a result, I am not taking all of my meds, which I am sure is affecting the whole headache scenario.

Yesterday, Eamonn asked if he could borrow a few dollars. I had to laugh. I told him that I have precisely 12 cents to my name. I’m not sure what he is doing with the money that he is earning, but at least we don’t have to pay for his gas. He said something about waiting until next year to start school. I hope that it was just a passing comment, because I know from experience with Alexis that the longer he waits to begin, the greater are the chances that he won’t start at all. That would really be a shame.

Alexis kept saying that she would start one day, but that day has never come. All of her friends who went to college have already graduated and gotten jobs. I know that college isn’t for everyone, but I think it’s a shame when someone is definitely smart enough to go to college, and they don’t, but it has to be her decision.

“Some writers in the throes of writer’s block think their muses have died, but I don’t think that happens often; I think what happens is that the writers themselves sow the edges of their clearing with poison bait to keep their muses away, often without knowing they are doing it.” ~ Stephen King

Anyway, it’s a chilly fall day with no sunshine, one of those kinds of days that make staying inside a good option. I’m really hoping that we can do something about the heat this winter, but I’m not going to allow myself to get starry-eyed with belief in wild scenarios. Heat. Wild scenario. My, I’ve come a long way.

As it is, the vet that we took Tillie to for her first seizure is getting pretty nasty about the amount owed. They’ve slapped on so many fees that we now owe over twice as much as we owed in the beginning. Try to imagine your highest vet’s bill—now double it. That’s what we’re talking about.

I would really like to start something with Consumer Credit Counseling Service (CCCS), a non-profit service that helps people to consolidate and pay off their bills, but we don’t have the extra monthly income to even start something like that. CCCS is not like a lot of debt-consolidation companies. They are recognized by the Better Business Bureau, and they charge a minimal monthly fee for their services. However, once you start the program, it is very important that you make the monthly payment that has been negotiated with your creditors on your behalf; otherwise, the process is all for naught. Right now, it is too premature to agree to any kind of payment plan with anyone.

I’ve been reading the news, and the number of people who are having to file for bankruptcy is increasing each month. That is really something that I just do not want to do. It seems like total surrender, and I don’t want to consider that as an option. I know that there are a lot of irresponsible people who file for bankruptcy as a way to wipe the slate clean, and then they begin to accumulate debt all over again. But there are just as many people out there who are filing for bankruptcy because they just don’t have any other way out.

It’s sad really. A recent report in USA Today cited that the number of bankruptcies is up 22 percent over last year. By the end of the year, estimates are that 1.45 million consumers will have to file, with job loss being listed as the primary reason for filing. For 2009, Virginia ranks 23rd overall for bankruptcies filed. Nevada, Tennessee, and Georgia rank first through third, in that order.

“Every writer I know has trouble writing.” ~ Joseph Heller

Other than those little tidbits, I don’t have much to say, which in itself is disheartening. I had really hoped to be back to my daily blogging by now, but there are some days in which I just have absolutely nothing to say. I sit down to write and just stare at the screen. Then I open a game like Mah Jong or Spider Solitaire and play that for a bit.

It’s underwhelming, at best. I mean, how long can I continue to write about my dogs, the economy, the money situation? I’m getting bored with what I write, so it’s only logical that people would find my posts boring to read. Hence, I don’t post.

I mean, I have been reading some really outlandish stuff on the political front, but even that isn’t motivating me to post. Maybe it’s just seasonal, or the continuing ache in my head, or the fact that it’s not even November, and I’m cold. But whatever it is, I hope that is passes soon, because I enjoy writing, just not when I continuously repeat myself.

I’ll finish with a very descriptive quote that I found; it’s by Stephen King, whose writing I don’t always like, but I do like an awful lot of what King has to say about the writing process:

There is indeed a half-wild beast that lives in the thickets of each writer’s imagination. It gorges on a half-cooked stew of suppositions, superstitions and half-finished stories. It’s drawn by the stink of the image-making stills writers paint in their heads. The place one calls one’s study or writing room is really no more than a clearing in the woods where one trains the beast (insofar as it can be trained) to come. One doesn’t call it; that doesn’t work. One just goes there and picks up the handiest writing implement (or turns it on) and then waits. It usually comes, drawn by the entrancing odor of hopeful ideas. Some days it only comes as far as the edge of the clearing, relieves itself and disappears again. Other days it darts across to the waiting writer, bites him and then turns tail. ~ From “The Writing Life” (October 2006)

Today is one of those “as far as the edge of the clearing” days. Video of Anna Nalick’s “Wreck of the Day” with images from “Law & Order Criminal Intent,” one of the best shows ever.

More later, with any luck. Peace.