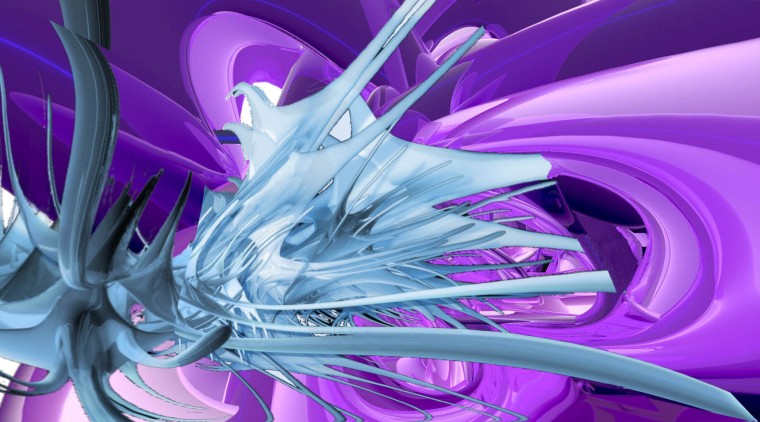 Picking up where we left off. If you recall, when last we left our heroine, she was having both auditory and visual hallucinations, and her family was considering running far, far away . . .

The Mexicans in the Walls

New and exciting chapter: The conspiracy.

You are going to love this part. Trust me. I am not making this up. This is like something that W. would say at the microphone before his handlers could stop him and the press is just pissing in their collective pants with joy at the gift that they have been handed. I kid you not. That’s how good this part is, and we aren’t even to the S.W.A.T. team and the sword yet. I have figured out why the Mexicans are in the walls. Hallelujah. In my head, this is more real than Paris Hilton’s suntan or James Frey’s memoir. My husband has gathered all of these Mexican’s in the walls, who at this point are playing cards, brewing coffee (which smells rather good because I do love strong, Mexican coffee), and playing this infernal Mariachi music all night and all day, because he—my husband—has devised a plan of such cunning that it would make a Fundamentalist proud.

Now granted I’m not exactly sure how the Mexicans fit into all of this except that there is a larger plan or was a larger plan. I’m getting ahead of myself again. Let me back up . . . When the visual hallucinations started, my husband called the doctor again, who suggested that perhaps he (my husband, not the doctor, silly) should take me to the ER. Well, I was not having any of that because I was onto the whole ER thing. It was as plain as the brace on my body. If I let him take me to the ER, then he would have evidence that he could use against me later when he wanted to commit me or if he ever wanted to have complete control over me. It would be there, in writing: I was L-O-O-N-Y. It was a conspiracy.

He had brought the Mexicans in so that I would see them and hear them, and then when I did, he could tell them that I was seeing things and hearing things that weren’t there. Husbands all over the country were doing the same thing so that they could control their wives, like Fundamentalist Latter Day Saints, and we know where that leads, and I wasn’t going there. I had just read Under the Banner of Heaven, and those people were crazy. So I was not going back to the old ways. Not me, no way, no how.

The conspiracy, you see, was that if husbands secretly banded together through some kind of code word (no I didn’t know the word, how would I? Duh. It was a secret), then all of those involved would be able to have something on their wives, like me being loony, to keep them in check. You know, no more freedoms, no more equality. None of that crap. Back to the old-fashioned days when women were never allowed to speak or own land or heads of cattle (not that I wanted to own cattle, mind you). I knew that that’s why my husband was planning, and I told him that I knew, so he could forget about taking me to the ER, because I was not a threat to myself or anyone else, so I knew that they wouldn’t hold me. So there.

Of course, this was before the streamers. In between calling the doctor, my husband had been calling his mother and my daughter, asking for advice, help, anything. My daughter was at work, and his mother was 800 miles away, and believe me, you don’t call my mother during something like this unless you want to make it ten times worse by a factor of 92 or so. But I digress . . .

This is important because of the streamers, which I’m getting to right now. Apparently, every time I went into the bathroom or fell asleep, my husband (or so my deluded mind believed) would do something new to add to my doubts to my sanity.

Well, I woke up in the middle of the night, and there were all of these beautiful colored streamers hanging from the ceiling and walls, and they were not the cheap paper kind—I was impressed—but lovely, translucent gels (where did he get these in the middle of the night, I wondered), and I just knew that my daughter had come over and helped my husband to hang them while I was asleep. Let me just mention here that this is the first time that my poor spouse has actually fallen asleep under the assumption that I, too, have gone to sleep for the night in my cocoon of pillows.

He should have known better. He woke up to me jumping on the bed trying to grab the streamers on the ceiling. I really thought that they were quite lovely, and I just wanted to touch them (also, I had to know how he had gotten them to stick to the ceiling like that).  However, post-operative back surgery, I don’t believe you are supposed to be jumping on anything, even a mattress. He brings me down, agrees that the streamers are lovely, and probably does not sleep any more that night.

Now this is the really weird part. No, the other parts were eccentric, a bit out there, but for pure weirdness, this is it. The morning after the streamers, I am in the bedroom alone. Said spouse is out of earshot. Little do I know, but he is in the backyard on the phone trying to convince someone, anyone, that things are not quite normal in our household. When I call out for him, he doesn’t answer, and then I hear a big noise in the garage. I make a completely logical leap here (in my mind), and decide that someone is breaking into the garage, and they have probably taken my husband hostage.

I crouch on the floor by the closed bedroom door and dial 911 emergency. While I am on the phone with the emergency operator, telling her about the hostage situation, I try to move my dresser in front of the door. This is an old, solid wood dresser, not pressed board, and it is full of clothes. I am tugging on the bottom of the dresser when I remember the swords. I still have the operator on speaker phone when I dive into the closet where we have three antique swords that we bought at a thrift store. I grab the first one that I can get to. If I have to, I think, I will take them all out like The Bride did in that scene in the tea house with O-Ren and the Crazy 88’s, which is just the coolest Quentin Tarantino scene ever, except I don’t have a yellow biker suit, and I don’t believe that I’ll be doing any jumping from balconies.

“Yes. I tried to move the dresser in front of the door, but it was too heavy.”

“Do you think that you could open the door?”

“Yes. It’s pretty old and not very sharp, but it’s the only weapon I have.”

“Well, do you think that you could open the door and give me the sword?”

“Where is my husband?”

So I open the door, and there is my husband behind two police officers who, I swear, are trying not to laugh. One of them reaches out, and I hand him my sword, while explaining to him that it’s not very sharp, but he should still be careful because it’s a sword. I am a mom, after all. I know these things.

The police ask if I want to go to the hospital. I tell them not really. They tell me that an ambulance is already outside, so maybe I should just let them check on me. Since it’s the police and not my husband, and they are asking nicely, and no one has kidnapped anyone, I figure, why not.

And that’s how I end up at the emergency room.