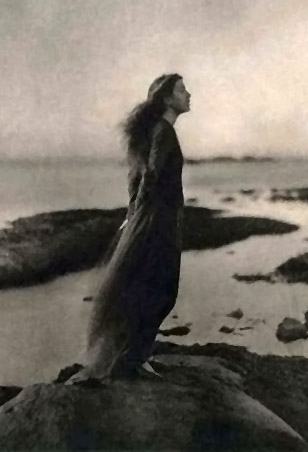 “Existence is a series of footnotes to a vast, obscure, unfinished masterpiece.” ~ Vladimir Nabokov

I found a new blog last night called Crashingly Beautiful. It’s the kind of blog that I might create myself, filled with quotes, poems, music links, passages, Zen stories, photographs, and other artwork. Lovely, just lovely. I found several quotes there that are new to me, and I liked them so much that I am using in tonight’s post. I am also borrowing some images that were posted on the site. Many thanks to Luke Storms for offering such inspiring material.

If you get a chance, check out the site, along with the companion blog Intense City, also by Luke Storms.

“if we could do nothing for once,
perhaps a great silence would
interrupt this sadness,
this never understanding ourselves . . . ” ~ Pablo Neruda, “Keeping Quiet”

Aside from finding new blogs to read and achieving high levels in online Bookworm, not much new to report. Corey’s burn on his arm is healing nicely, just a little sore and no infection on the part that blistered. It’s getting ready to rain again because we so obviously need more rain. Tillie has been hanging out on the platform of the pool’s ladder, almost as if she expects to go swimming at any moment. I had to inform her that regretfully, November is not swimming weather, even for a Labrador Retriever.

I am feeling a bit better emotionally. No big changes, just a slight upswing. I’ll take anything that I can get. Perhaps I am feeling a bit better because I have printed out pages and pages of forms to have my PCP sign and then send on to various pharmaceutical companies (five total). I decided finally that being without my medication has gone on long enough, and there is no reason why I shouldn’t apply for patient assistance directly with the companies.

Happily, I found that I can get almost all of my medications through the companies, with the exception, of course, of the ones that now have generic formulas. Nexium will probably be the hardest one to obtain, mostly because they want my entire life history to prove that I am worthy of receiving assistance from Astra Zeneca. AZ recently received the right to retain their formula for the purple pill, so no generics anytime soon on that front.

If anyone else is having problems with affording his/her prescription medications, look up the name of the company that manufactures the medication, and then enter patient assistance into the site’s search. Almost all of the major pharmaceutical companies have some sort of patient assistance program. I really wish that I had thought of this three months ago.

“Whatever it is that pulls the pin, that hurls you past the boundaries of your own life into a brief and total beauty, even for a moment, it is enough.” ~ Jeannette Winterson

Thanksgiving is only a week and a half away, and already the drama has begun in my family. Incredibly important issues such as who is going to cook what dish are on the forefront of family discussions. Three vegetables or two? Really?

I made a passing comment to my mother about butter, and her response, verbatim, was this: “I can’t get you to lose weight for anything.” Ummmm, alrighty then. I have real butter on my bread maybe three times a year. I’ve gotten comments like these my entire life. Now do you see why my self-esteem is so low?

Brett and I stopped by my mother’s house the other day on the way home from school. Brett had his sketch pad with him, and I thought that it would be nice to show my mom some of his recent work. Big mistake. Brett is really good at pencil sketches, and his latest was done during the nor’easter. It’s a dark self-portrait, done in sort of an anime style. For those of you who may not be familiar with this style, anime (アニメ) is short for Japanese animation. Anime, like manga (Japanese comics) is considered to be a non-traditional but pervasive art form.

The facial characteristics in anime can be exaggerated or muted (e.g., very large eyes and head, or simple lines for eyes), depending upon the artist. Coloring the cornea to indicate depth is sometimes employed. Some anime (sometimes spelled animé with final acute accent) attempts to draw characters whose nationalities cannot be discerned (e.g., Pokemon). The sketch that Brett showed my mother had very exotic, piercing eyes. The first time I saw it I was amazed by the detail that he had included, and I think that it is one of his better sketches.

After I got home, my mother called me to tell me that she’s worried about Brett. Specifically, she’s worried about what’s in his mind, “all of these dark pictures.” She asked why he doesn’t paint geese. I tried to explain to her that Brett doesn’t like to paint, that he likes charcoal and pencil. I noted that not all art is mountains and fruit, but it really didn’t matter what I said because now my mother has decided that Brett’s art is cause for concern.

I made a point of telling Brett how much I like his work, and I told him to take what his Oma says with a grain of salt as she doesn’t realize how much her words can hurt. She really doesn’t realize this, which is something that it took me many years to realize myself. My mother has good intentions, but she has no sense of self-censorship: whatever she thinks comes out of her mouth without any consideration of the hearer’s feelings or reaction.

I hate to have to say this about my mother, but it’s true. It’s also something that I have learned to live with, although not without its consequences, so I want to ensure that her remarks do not affect Brett’s already fragile self-esteem.

“Who will tell whether one happy moment of love or the joy of breathing or walking on a bright morning and smelling the fresh air, is not worth all the suffering and effort which life implies.” ~ Erich Fromm

Anyway, that’s about all for now. I must pause here, though, to express my incredible gratitude to all of you who took the time to send me very special comments in response to my last post. Maureen, Kelly, and Andrew sent very lovely expressions of support, and no matter how many times I say it, being on the receiving end of such generous statements always makes me feel better and helps more than I can say.

Even though I have not been as focused lately as I would like to be, this blog continues to be incredibly important to me. It allows me to vent, to bemoan, to rejoice, and to share with a wonderful community of people.

NCIS this past Tuesday night featured a major power outage in Washington, D.C. and the surrounding area as a backdrop to the crime. The investigators had to do things the old-fashioned way—by hand—and they were all complaining about how hard life is without computers, without mobile telephones, without PDA’s. I know that when we lose electricity around here because of a storm (which happens more than you might think), I always enjoy the quiet; no sounds of air conditioners or televisions permeate the neighborhood, and the streets are so dark.

Having said that, I do have to admit that as much as I like the simplicity when the lights go out, I do love the convenience of a lightning-fast search engine and the fact that the Internet and the web keep us connected all over the world. Just a decade ago I was still struggling with dial-up and having to wait to get online. Now I am so completely spoiled by our high-speed connection that I cannot imagine living without this convenience in my life, although I’m sure that I could if I had to.

I suppose that all of that was a very roundabout way of saying that yes, I am able to appreciate the small things, but especially how technology has afforded me new avenues to friendship and support.

YouTube video courtesy of Kelly. I’m including a poem by Mary Oliver, and I apologize in advance if I’ve already included this one, but it seems very fitting.

One day you finally knew
what you had to do, and began,
though the voices around you
kept shouting
their bad advice—
though the whole house
began to tremble
and you felt the old tug
at your ankles.

“Mend my life!”
each voice cried.
But you didn’t stop.
You knew what you had to do,
though the wind pried
with its stiff fingers
at the very foundations,
though their melancholy
was terrible.

It was already late
enough, and a wild night,
and the road full of fallen
branches and stones.
But little by little,
as you left their voices behind,
the stars began to burn
through the sheets of clouds,
and there was a new voice
which you slowly
recognized as your own,
that kept you company
as you strode deeper and deeper
into the world,
determined to do
the only thing you could do—determined to save
the only life you could save.