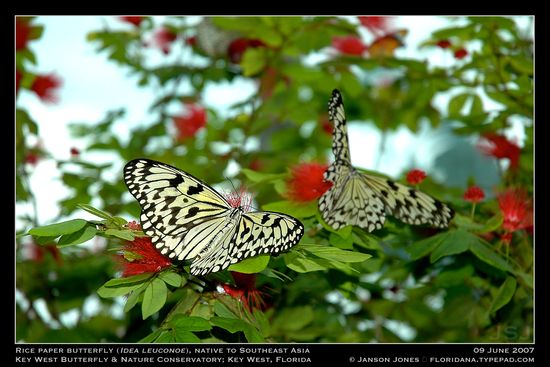 “I’ll Stand By You” ~ The Pretenders

A lot of the posts that I have written recently have dealt with matters in the past, which has led to my pondering the people who have played significant roles in my life, my friends. So I thought that I would write a post or two on some friends that I have mentioned only by name but have never really elaborated upon in any posts.

My first real best friend entered my life when I was 14. Her name was Sarah, and she lived a few streets over from my parent’s house. Sarah and I both went to the same junior high school. As much as I’ve tried, I cannot remember exactly how we met. I believe that it was through another friend of mine at the time, Erica, who lived directly behind me.

I was actually very close to Erica’s entire family; her mother and mine were and are very close friends, and we still keep in touch with them to this day. But at the time, Erica and I used to walk to school together. The junior high was almost an exact mile from our house, and we would spend our time laughing and having a great time on our walks to and from school. After Sarah entered our lives, she began to walk with us as well, unless her father drove her to school.

Like me, Sarah is an only child, which probably is what drew us together in the first place. Sarah and I became fast friends, and spent most of our time together after school. Both of her parents worked, so her house was preferable to mine. We could get into more trouble that way.

We shared everything: makeup, clothes (even though she was larger in the chest and shorter by several inches), food, jewelry, records (you know, those things before CDs). I remember going to her house in the morning to pick her up for school and walking in to the sounds of Black Oak Arkansas playing very loudly on her stereo. That was a wake-up call!

Unlike my mother, Sarah’s mom gave her some privacy when she was on the phone, and we used to spend hours on the phone together. It’s amazing how much you have to talk about when you are that age: boys (of course), girls (who we liked and who we didn’t like), television, boys, our hair, boys . . .

“It is not so much our friends’ help that helps us as the confident knowledge that they will help us.” ~  Epicurus

I got my first serious boyfriend when I was in the 9th grade, and of course, Sarah was my biggest adviser. When I had a fight with my boyfriend, she would be there to cheer me up. When I wanted to talk about things, Sarah always knew the answers. In fact, it was Sarah who told me how to use tampons (too much information?) because my mother didn’t believe in them.

Obviously, there were a lot of things about Sarah that I envied, but that never stopped us from being close. She was there for my first big love, and I was there for hers. If you wanted to date either one of us, you had to accept me or accept Sarah. It was that simple.

When I got my first car, a VW Bug, Sarah and I drove everywhere. I loved that car, and I loved spending time with my friend. There really wasn’t anything that we couldn’t talk about or do together. This was my first time with this kind of friendship, and it taught me a lot about being a friend: that you were there for your friend no matter what, that you never put a boy before your friend, that you trusted your friend with your deepest secrets and reciprocated in that trust. Not having siblings, especially sisters, I had to learn a lot of this.

Sarah really was the first friend that I had that I could call at 4 in the morning if I needed her, and she would be there. Of course, I never did call her parents’ house at 4 in the morning, but I probably could have. Her parents loved me. If there was one bone of contention between Sarah and me, it was that her father was always saying “Why can’t you be more like Lita?” If only he knew . . .

” . . . the sweetest support is found in the most intimate friendship.”  ~ Cicero

One of the great ironies of our friendship was that Sarah dated several of my guy friends, including my first husband. Oh she was really smitten with him. Sarah was actually Paul’s date to the senior prom. At the time, I had just started dating my very Catholic boyfriend, who was one of the best guys I ever had a relationship with (but that’s another story). Eventually, Paul broke Sarah’s heart, and I was her crying shoulder.

I could no more explain why he broke up with her than the man in the moon, but she thought that I might have some words of wisdom since he and I were such good friends. Paul and I were good friends, and he had broken up with another of my friends to date Sarah. It was always amusing years later to recall how my husband had dated my friends, and I had dated his.

Sarah fell in love with the man that would become her husband at a very young age—18. At first, I really didn’t like the whole situation. I thought that Sarah had not chosen wisely. But when I realized that she really did love him and he her, I changed my mind.

I was the only bridesmaid at her wedding. It was a small church wedding, and I remember it well. My former high school boyfriend (the love of my life, I thought then) showed up, and we briefly and mistakenly rekindled our doomed relationship. Other than that, it was a great wedding, except for the fact that her father really did not want her to get married.

“A friend is a person with whom I may be sincere. Before him I may think aloud.” ~  Ralph Waldo Emerson

When Paul and I got married, Sarah was very pregnant with her first and only child, Leyna. Paul and I moved to Blacksburg right after the wedding so that I could start graduate school and he could finish his bachelor’s degree, so I was not in town when Sarah gave birth to her daughter. We tried to stay in touch by phone as much as possible while I was away, but as with all things, our lives started to move in different directions.

Sarah and I never lost touch completely, though, mostly because of efforts on her part I’ll have to admit. She would drop by my Mom’s, and later drop by our house. It never really mattered if she hadn’t called. I was just glad to see her.

“True friendship consists not in the multitude of friends, but in their worth and value.” ~  Ben Jonson

When Catlin died, Sarah was right there, offering her love and support. By then, she and Joe had been married almost 11 years. The marriage that I never thought would last was still going strong, and Sarah was still there for me, regardless of time passed between us.

We run into each other from time to time at the store, and she e-mails me. She also is a loyal reader of my blog. Out of all of the people who have been in and out of my life over the years, Sarah is one constant that I know that I can still count on. I may not need to call her at 4 in the morning, but I know that I still could if I had to. I also know that if she dropped by my house one day, she wouldn’t judge me by the disarray that my house is in. Now that’s true friendship.

You don’t get too many people like that in your life, so when you do, you should cherish them. I hope that Sarah realizes just how much she still means to me, no matter how much time and distance have come between us. She was my first true best friend, and that’s not a slot that can be replaced by anyone, no matter how long you live. Other people will come along, move in and out of your life, supplant the best friend moniker, but no one can replace your first true friend.

There will be more later. Peace.