Wind chimes in the Garden

“Train yourself to listen to that small voice that tells us what’s important and what’s not.” ~  Sue Grafton

” . . . to be worthy, not respectable, and wealthy, not, rich; to listen to stars and birds, babes and sages, with open heart; to study hard; to think quietly, act frankly . . .” ~ William Henry Channing 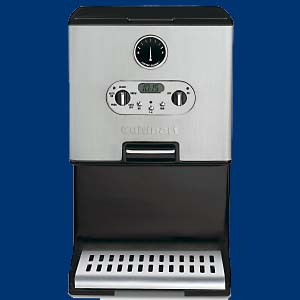 So that’s my list of small things, some smaller than others, but all significant in their individual ways. As I’ve mentioned before, it has taken a while to adjust to the major life change of being on full-time disability. But one of the best things about being home all of the time now is that I have more time to stop and smell the roses, literally!

Enjoy the little things in life, for one day you may look back and realize they were the big things” ~ Antonio Smith

If you are interested in surfing blogs and increasing your own blog’s exposure at the same time, be sure to visit Conron.us at www.condron.us.

Tristan and Isolde by Todd Peterson at Fine Art America

Pourquoi faut-il de cette façon? (Why must it be this way?)

I had a bit of an epiphany the other day. After I picked up Brett from school, we went to Target to pick up a few things, including Valentine’s Day cards. Brett commented that he didn’t really like Valentine’s Day because it reminded him of how lonely he was.

That made me pause. I told him that when I was an undergrad, I always felt lonely on Valentine’s Day because although I was dating, there was no one special in my life. It was at that moment that I realized that Valentine’s Day is a complete non-holiday, perpetuated by the greeting card industry for couples, married and otherwise.

I know. I know. Valentine’s Day does have its roots dating back to the Roman Empire when the feast of Lupercalia occurred on the Ides of February, or February 15. Lupercalia was an ancient fertility ritual that was held around the time that birds began to mate. The festival was held in honor of the god Pan. Gifts were exchanged and couples would be paired. Our celebration today hearkens back more to the pagan holiday as we still celebrate with signs of Cupid or Eros as the symbol of the day.

According to the Christian legend, there was a Saint Valentine who went against the order of Emperor Claudius Gothicus and married young men to help to keep them from going to war. Valentine himself was sent to jail, and there he supposedly composed the first valentine to the jailer’s daughter.

Whatever it’s origins, the day has been totally exploited by greeting cards, pink teddy bears, and red hearts. Those of us who happen to be paired with someone feel an incredible sense of obligation to buy the perfect card and with it, the perfect gift to reflect our love. Those of us without a special someone are left feeling as if our lives are bereft of love and that no one will ever love us because no one gave us a gaudy pink teddy bear or mushy card that expressed his or her undying love.

I used to wait for my flowers or chocolate or both on Valentine’s day, measuring my love’s love for me by what I received on this day. Until the day of my epiphany. Truly. I mean, why is this day any different from any other?

The price of a dozen roses jumps $10 on this day, and falls back to normal just one day later. Isn’t that exploitative? Will that dozen roses prove that Corey loves me?

Corey and I say “I love you” to each other several times each day. Whenever we end a telephone conversation, we say it. If one of us is leaving the house, we say it. Before we close our eyes at night, we say it. And it isn’t just perfunctory; we mean it. Okay, sometimes it’s perfunctory. But when we sense that we are saying it just to say it, we back up, take a look at ourselves, and then say it as if we mean it with all of our hearts.

I don’t need roses for that. I don’t need a card for that. I love the cards that he chooses for me. As I have said, he always chooses well. But too many couples go way overboard for this holiday: diamonds, roses, chocolates, everything. What do they do the rest of the year? Do they say they love each other to each other and really mean it? Do they take care of one another without a second thought? Do they make each other feel loved through their actions and their words?

Roses are beautiful flowers, but they are not everlasting. Chocolate is wonderful; you know how I feel about chocolate, but once you eat it, it’s gone. Diamonds are spectacular, but I once knew a man who gave his wife a diamond anniversary ring and then left her two months later. These things are symbols.

I would rather have something that I know to be real and true every day than something that is just a symbol for a few days. I told Corey how I was feeling about this the other day, and he was completely shocked because I have always been such a romantic. The truth is that I am still a die-hard romantic, but I don’t want my romance dictated to me by a greeting card industry. Perhaps I am too cynical for my own good.

But when my son made that statement, it took me back to those years when I sat around feeling sorry for myself because no one was delivering flowers to me at work and how unloved I felt. And from that feeling I extended my sense of being unloved to my sense of self-worth. If I wasn’t worth loving, then perhaps I wasn’t worth anything at all. This is how the young mind works. It’s not logical, but these leaps in logic are not far-fetched for someone who already feels like an outsider.

And I know that I was not alone in feeling like that, and I am certain that people of all ages feel this way when Valentine’s Day rolls around and no cards are appearing on their desks or flowers are arriving at their doors. It shouldn’t be this way. We shouldn’t be consumed by the hype, but unfortunately we are.

That’s why I asked Corey, and he agreed, that we are going to boycott Valentine’s Day gift-giving from now on. We can still exchange cards, but the hunt for the perfect gift to show our love to one another seems superfluous and non-essential.

Some of the best presents Corey has ever given me were for no reason at all: a card put in my carryall for me to find later in the day, freshly-cut gardenias, planting a new mock orange beneath the bedroom window so that the smell will drift into the window, surprising me with tickets to see my favorite comedian. Unexpected tokens of affection. No prescribed holidays.

And so, the joint boycott of Valentine’s Day. We will continue to live our life together just fine without red teddy bears or sparkling glitter or overpriced roses, and I believe that regardless of what the commercials would have you believe, we will be just fine.

And when you speak . . . angels sing from above
Everyday words seem . . . to turn into love songs

It is worth noting that the translation of the original lyrics by Edith Piaf from 1946 are much longer than Armstrong’s and the lyrics adapted for usage in other movies and plays, such as Sabrina, Prêt-à-Porter, Modigliani, Lord of War, and WALL=E.

When he takes me in his arms,
He talks to me very softly
I see La Vie en Rose

It’s him for me. Me for him
In this life
He told me that, he swore it for life

And ever since I noticed that
I felt
My heart beating

Nights of love to no longer finishing
A great happiness takes its place
Sorrowful problems, phases,
Happy, happy until death

When he takes me in his arms,
He talks to me very softly
I see La Vie en Rose

It’s you for me, me for you

In this life
He said that to me, swore it for life

And ever since I noticed that
I felt
My heart beating

Whatever you do to ring in the New Year, please do it safely and wisely. Remember, if you get behind the wheel impaired, you are not only taking risks with your life, but also with the lives of your passengers, and with countless of strangers. The life you take may not be yours, but the life you ruin may be your own. Nothing is worth that. Most bars will call cabs for you, and most taxi services around the country will take impaired drivers home for free on New Year’s eve.

No one wans to be on the road with a drunk or drugged driver. Stay home, or if you do go out, leave your car keys at home and plan to take a taxi home. Or have a designated driver who drinks only water and soda all night. Or stay at a hotel where you are going to the party. Or take the trolley. You have plenty of options, and no reason to get behind the wheel of a motor vehicle drunk or impaired.

Please, stay safe so that you can come back in 2009. May your angel be with you tonight. Peace.