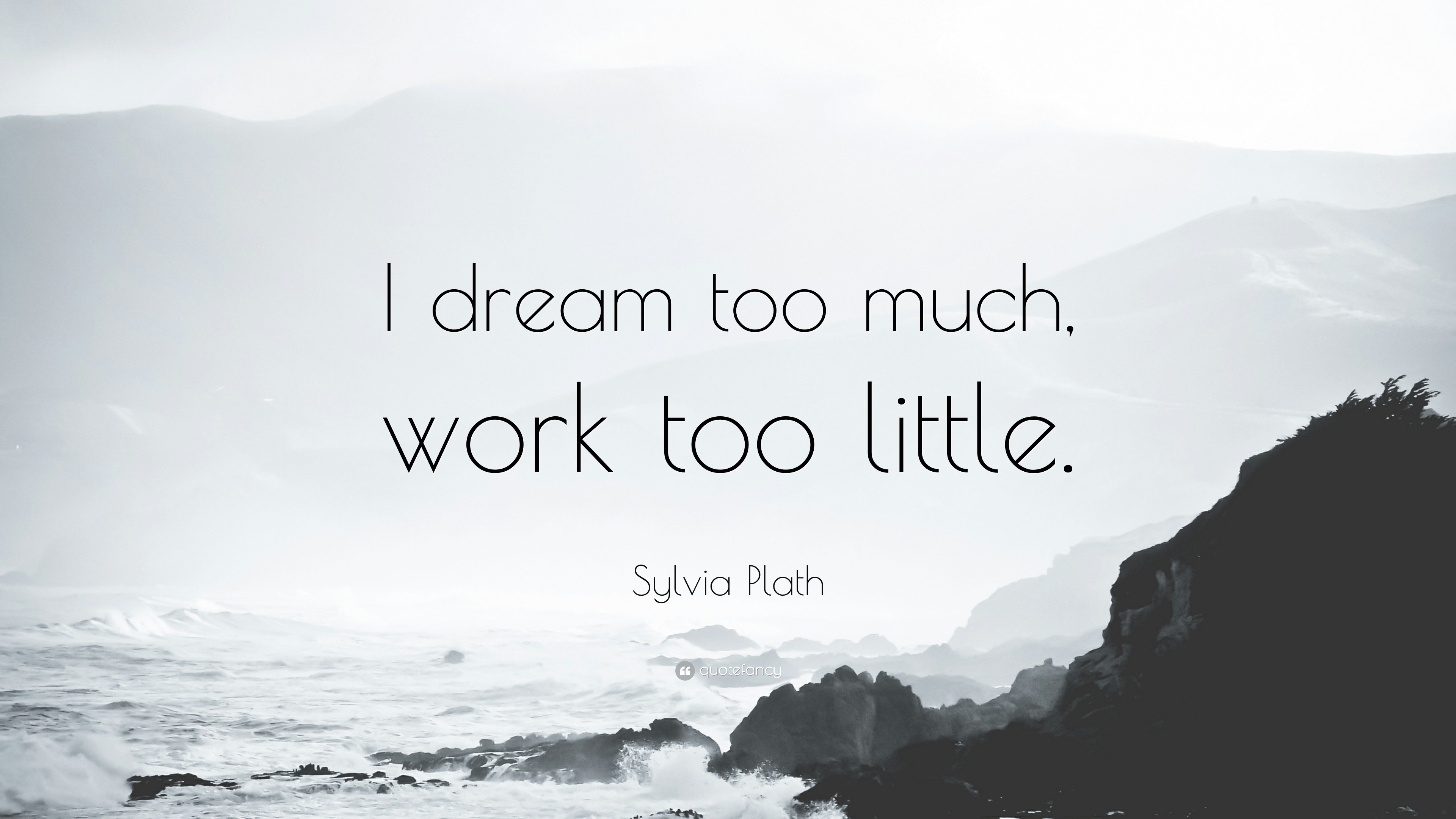 The ice-covered branches of the hemlocks sparkle
Bending low and tinkling in the sharp thin breeze,
And iridescent crystals fall and crackle on the snow-crust
With the winter sun drawing cold blue shadows from the trees. ~ Sara Teasdale, from “Places”

We lost power yesterday until mid afternoon. Luckily, we have a couple of small generators; although, we didn’t really need then for more than coffee. It was cold enough that everything in the freezer and fridges was fine, and we had the wood stove for heat. So I read a book—The Good German, by Joseph Kanon—and Corey and the dogs napped. It was that kind of day. And then once again last night, I couldn’t sleep, wide awake at 3 a.m., 4 a.m., etc.

Today everything is still snow covered, but the temperatures are supposed to start climbing in the next few days, which means we’ll probably have a muddy mess. The last time that it rained a lot, my car got stuck in the mud when I tried to go up the driveway. Eventually, we’re going to have to invest in some kind of gravel or shale.

The first four of today’s images were taken by Corey on the first day that it snowed, and the last two are by me. I spent almost two hours trying to convert a short video that Corey shot into a format that WordPress would accept but to no avail. Sorry.

No stars tonight; the snowflakes came down out of the dark, rushing towards him, endless, uncountable. Silent, too, but not like the stars. Falling snow whispered secrets to itself. ~ Diana Gabaldon, from Lord John and the Brotherhood of the Blade

My other mother Yvonne gave me the book The Good German years ago, but for some reason, I never picked it up. I think that I thought that it was some kind of family saga, but it’s more of a mystery. She had told me that it was good; now, I wish that I had read it then so that we could have talked about it.

That’s what we used to do: swap books and then talk about them. We were the two big readers in the family. When she died, I was supposed to get all of her books, but that didn’t happen, for various reasons. But she had told me that no one else would want them and that she wanted me to have them.

The funny thing is that I had given her many of the books in her collection. We used to give one another books as presents for Christmas and birthdays. Now, I have no one to swap books with or to discuss them with over cups of coffee or tea. I miss her every single day.

“Since it has quietly began to snow,
new distances have awakened within me.” ~  Gerrit Achterberg, from Snow Passage

Anyway, I’m waiting for the weather to get a bit more temperate before venturing out for a long walk with the dogs. I haven’t been out for one in days.

I had mentioned to Corey before we moved that I wanted a small ballet barre to exercise on inside the house, and then I forgot about it until the weather got cold quickly. I know how to do basic barre exercises, and I always enjoyed doing them, so today I mentioned it again. There’s really no need to purchase a kit; I mean, I’m not a dancer who needs a professional barre and full length mirrors; I always hated all of the mirrors at the gyms I frequented. Who wants to see themselves sweat and strain, besides body builders, that is . . . Anyway, it should be fairly simple and cheap to make one that’s about 48″ long using supplies from Home Depot.

A wooden rod, probably a closet rod, would come closest to the 1.5″ diameter of a barre, and then all that you need are some heavy-duty brackets, again, probably closet brackets and some bolts to anchor the bar on the brackets. A barre is great for stretching, which is what I’m mostly limited to, but you can do core exercises as well. So here’s hoping I can get that barre sometime in the next month or so.

The earth is covered with it, and it is falling still in silence so deep that you can hear its silence . . . It is snow that can awaken memories of things more wonderful than anything you ever knew or dreamed.” ~ Frederick Buechner, from  Telling the Truth: The Gospel as Tragedy, Comedy, and Fairy Tale

I do have something on my mind that I’ve been thinking about quite a bit: For the first time in my entire life, I’m not looking forward to Christmas. In fact, the idea of decorating for Christmas does not appeal to me at all.

Dear reader, you’ve never seen my house at Christmas, but I decorate everything, every doorknob in the house, even the bathroom and kitchen. But this year? I just don’t think that I can do it, and there are several reasons. First, we still haven’t finished organizing the house, and every time that I think that I might have the energy, I just don’t, so there’s no place for a tree.

But secondly, and more importantly, I just don’t see the point, and that might sound harsh, but why, really? None of my kids will be here, and Olivia will not be here. It will just be Corey, me, and the animals. I know that Corey is thinking about going to Ohio for the holidays, and actually, that’s fine with me. I’ll stay here with the animals.

The idea of a beautiful Christmas with decorations and packages only makes me feel more acutely what isn’t here, and I really don’t want to feel that. To feel that would make me also feel ungrateful for what I do have. Being here on this piece of land is everything I ever wanted. Looking out my window and seeing snow and horses and trees? How can I not appreciate that?

That fact is that I do. I do truly appreciate that. It’s just that right now, what isn’t here is standing out more.

“Small, red, and upright he waited,
……….
while the first snows of winter
floated down on his eyelashes and covered the branches around him and silenced
all trace of the world.” ~ Anne Carson, from Autobiography of Red

I do so wish that there was a way that I could truly compartmentalize everything, but I’ve never been able to do that even though I’ve tried. And right now I’m just past trying to pretend that everything is okay.

I mean, every time I think about youngest son, I just want to cry. I really want to understand the state of my relationship with him, but I don’t. I want to call him, but I can’t. I cannot contact him until he is ready, and you cannot imagine the pain that causes me. And then eldest son has been removed for years, yet I crave to hear his voice, see his goofy smile, hear his stupid jokes.

I cannot even attempt to discuss the lack of Olivia for Christmas as it’s too acute, and I cannot imagine how Alexis is handling it this year, being so far away from her for the holidays, connected only by phone and texts. And of course, there is the lack of Alexis, the lack of a family Christmas dinner, all of the stress of preparation and the satisfaction of seeing everyone sitting around the table with their constant chatter. It just hurts too much.

And so I have absolutely not idea as to what I’ll do. Maybe I’ll cave right before Christmas and want to decorate, or maybe I’ll just spend the days reading books and trying not to think about the time of year. Am I ungrateful? No. Yes. I don’t know. Who knows? Certainly not I.

Music by Natalie Taylor, “Come to This”

Regret nothing. Not the cruel novels you read
to the end just to find out who killed the cook, not
the insipid movies that made you cry in the dark,
in spite of your intelligence, your sophistication, not
the lover you left quivering in a hotel parking lot,
the one you beat to the punchline, the door or the one
who left you in your red dress and shoes, the ones
that crimped your toes, don’t regret those.
Not the nights you called god names and cursed
your mother, sunk like a dog in the livingroom couch,
chewing your nails and crushed by loneliness.
You were meant to inhale those smoky nights
over a bottle of flat beer, to sweep stuck onion rings
across the dirty restaurant floor, to wear the frayed
coat with its loose buttons, its pockets full of struck matches.
You’ve walked those streets a thousand times and still
you end up here. Regret none of it, not one
of the wasted days you wanted to know nothing,
when the lights from the carnival rides
were the only stars you believed in, loving them
for their uselessness, not wanting to be saved.

You’ve traveled this far on the back of every mistake,
ridden in dark-eyed and morose but calm as a house
after the TV set has been pitched out the window.
Harmless as a broken ax. Emptied of expectation.
Relax. Don’t bother remembering any of it. Let’s stop here,
under the lit sign on the corner, and watch all the people walk by.