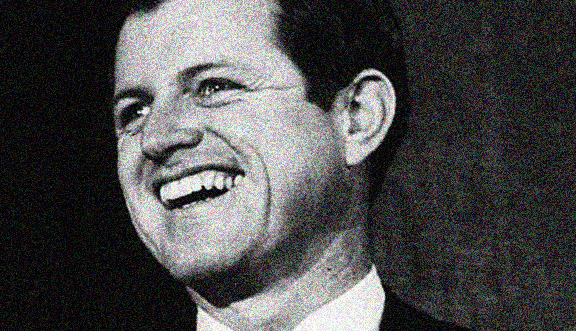 “I hope for an America where we can all contend freely and vigorously, but where we will treasure and guard those standards of civility which alone make this nation safe for both democracy and diversity.” ~ Senator Ted Kennedy, On Truth and Tolerance (1983)

Senator Edward (Ted) Kennedy died today at the age of 77 after working tirelessly for the American people for over 47 years. This son of privilege focused his energies on those without: the underprivileged, the homeless, the children, the aged and infirmed—the ignored, the under-served, the invisible.

Senator Kennedy’s name is connected with some of the most groundbreaking bills to come to the floor of the U.S. Senate. He was a staunch supporter of healthcare reform, civil rights, immigration, Medicare and Medicaid, health insurance for children of the working poor, the Americans with Disabilities Act, Meals on Wheels for the elderly, family leave, and the Occupational Safety and Health Administration.

A Roman Catholic, Kennedy supported a woman’s right to choose, and was a powerful ally for the fight for abortion clinic access.

“Many in the scientific community are concerned that the president’s decision will delay development of cures for dread disease for many years, at the cost of countless lives and immeasurable suffering.”

Openly critical of former president Bush, especially over the war in Iraq, Kennedy still managed to work across party lines for the “No Child Left Behind” act, which increased funding for schools. And although the Senator stood behind former President Bush in the Rose Garden for photo ops, Kennedy never relented in pushing for those issues in which he so fervently believed.

Senator Kennedy lamented what he saw as the former administration’s short-sightedness in stem cell research and the issue of healthcare in general.

He decried the recklessness of the war, the waste of lives, the deception: “It’s now clear that from the very moment President Bush took office, Iraq was his highest priority as unfinished business from the first Bush Administration. His agenda was clear: find a rationale to get rid of Saddam.”

A liberal’s liberal, Kennedy possessed a characteristic so lacking in most politicians of any party: He was willing to work both sides of the aisle, to fight, and most importantly, to compromise. Perhaps his death will help those involved in the current attempts at healthcare reform to regain focus, to move past the divisiveness, to move the spotlight back onto what really matters and away from the name-calling and inane comparisons to Nazis and genocide.

What Kennedy wanted most, and what he did not live to see, was a country that truly cared for its citizens, a country that embraced the idea of good healthcare for all, regardless of employment status, pre-existing conditions, age, race, or annual income. It was this fight above all that made me truly admire the Senator.

And my concerns over Senator Kennedy’s replacement stem from my strong desire to see actualized that which he fought for so vociferously, sometimes heatedly, always passionately.

“His voice roared as he battled for the poor and the victims of injustice yet he had a smile that could light a room, a laugh that would draw a crowd and a heart always ready to share your sorrow.” ~ Senate Majority Whip Dick Durbin

Kennedy, the last of the original Joseph Kennedy dynasty, spent many years as a man plagued by personal demons. In 1991, after years of being lambasted by critics and lampooned by comedians, Kennedy admitted to his foibles in a speech at Harvard:

“I recognize my own shortcomings, the faults and the conduct of my private life,” he said in the distinctive Kennedy accent. “I realize that I alone am responsible for them, and I am the one who must confront them.”

After marrying Washington lawyer Vicki Reggie, his second wife  in 1992, Kennedy seemed to be able finally to grow into the mantle of the Kennedy legacy. He lost weight, started taking better care of himself, and stopped partying as if he still belonged to another generation.

Many political pundits agree that Ted Kennedy came into his own in the latter part of his life. His “salad days” long gone, the senior senator took to the political battlefields with renewed energy and dedication.

In 2008, Senator Kennedy was diagnosed with a cancerous brain tumor, but he surprised everyone when he appeared at the Democratic National Convention and declared his firm support for then candidate Barack Obama. The Senator’s endorsement of Obama over Hillary Clinton surprised many, but Kennedy believed that President Obama would be the best change for the American people:

“For all those whose cares have been our concern, the work goes on, the cause endures, the hope still lives, and the dream shall never die.” (Democratic National Convention 1980)

Ted Kennedy will be laid to rest at Arlington National Cemetery, a place he visited frequently to pay his respects not only to the two fallen brothers who preceded him, but also to the men and women who have served this nation, who are buried in this hallowed ground of lost heroes and remembered warriors.

Rest in peace, “Lion of the Senate.”