“The question we need to ask ourselves is whether there is any place we can stand in ourselves where we can look at all that’s happening around us without freaking out, where we can be quiet enough to hear our predicament, and where we can begin to find ways of acting that are at least not contributing to further destabilization.” ~ Ram Dass

It’s Saturday afternoon, two weeks and a day since my mother’s accident. Yesterday, Corey brought over one of the computers from the house since my stay here is obviously not going to be just a few days, and he realized that I am going crazy without a computer. That and the fact that I really cannot leave my mother alone in the house while I go somewhere else to work on my blog.

My mom’s house has no Internet connection, but fortunately, enough people nearby have unsecured networks that I can tap into. I know. Not an ideal situation, but at this point, I have to take what I can get.

So now I have a little set-up in my mother’s living room: an old sewing table, a bit rickety but just big enough for a screen and my Bose speakers (hooray for that). This will be my first official post from my new location. I have one of my playlists going in the background, just loud enough to drown out the constant sounds of television coming from her bedroom. She is one of those people who is uncomfortable with silence of any kind; hence there will always be a television on at any given minute, and the sound will always be quite loud. So “Ruby Tuesday” is currently muffling the sounds of whatever lightweight show she has found to watch on Saturday afternoon (only comedies and game shows in this house, no dramas (with the exception of “Law & Order”???), nothing heavy—remember, my mother is of the “think happy thoughts” school of mental health).

“And which is stronger in us—passion or habit?” ~ Alfred, Lord Tennyson

This is the story: My mother has a very large screened back porch with a cement floor and solid cement steps. These steps are the same ones she fell on last year although without nearly the same bad results. My mom has a tendency to put throw rugs all over the place, and she had one on the steps, which is what she tripped on, ultimately landing hard on the cement. Apparently, she pulled herself into the house and crawled to the telephone.

She called a number that she thought was Brett’s and told the man on the other end that she had fallen and asked him to get me as soon as possible. Turns out it was a wrong number, but you would think that the man on the other end might have had the decency to call 911 or something. My mom waited a few minutes and then called my number. I answered, and she asked why I hadn’t come over. I told her that I didn’t know what she was talking about. She asked why Brett hadn’t told me. I ask what was wrong and told her that I would be there in a couple of minutes.

Brett and I broke the land speed record going the two miles between our houses. I walked in, touched her leg which caused her to scream, and called 911. One ambulance and a fire truck later, I was surrounded by five EMT personnel, three of whom were asking me questions simultaneously. My reaction? To answer them while cleaning. It’s what I do under stress—regress to the child who cleaned her way through family fights and insecurities. I picked up laundry, moved chairs, and recited my mom’s vitals. Brett stood by looking helpless, and Donna, the neighbor from across the street spoke quietly to my mother.

Surreal is the only way to categorize the tableau as it unfolded in the living room on Friday evening.

“Our real discoveries come from chaos, from going to the place that looks wrong and stupid and foolish.”  ~ Chuck Palahniuk from “Invisible Monsters”

Brett rode next to the EMT driving the ambulance transporting mom, and I followed in the Rodeo (Brett later told me that the man had tried to make casual conversation during the ride to try to keep Brett calm, for which I am ever grateful), all the while thinking that it would go so much faster if they would turn on the lights and sirens, but it wasn’t really an emergency in their book, so I obeyed the speed limit and followed the transport to Leigh Memorial, a hospital that I truly hate but the one that my mother requested.

My father died in that hospital, and the ER in that hospital misdiagnosed Caitlin when she first presented with symptoms. Needless to say I just don’t get a warm and fuzzy from the place.

I walked into a packed ER, gave the person at the registration desk my name, and tried to find seats that were not directly under the blaring television. Have you ever noticed the unspoken rules in an ER waiting room: Everyone already seated checks out the newest arrival in order to assess if the person has a real emergency—like a dangling appendage, which would be cause to be taken out of the queue. When the registration desk tells the newest arrival to take a seat, all of those already waiting breathe a collective sigh of relief that the order will not be disturbed. Of course, when your name is called and you go between those two magical doors, the ones that can only be opened by the keeper of the automatic door opener, everyone still seated shoots daggers at your back.

I forgot to mention that during all of this, I texted Alexis first with a brief message: “Oma fell. 911. Call ASAP.” She did not respond; what in the hell is the point of using 911 if the response is ho hum, I ask. I texted again, this time to everyone with more specifics: “They are taking Oma to the ER in an ambulance.” Alexis and Eamonn called almost simultaneously. I had already called Corey on the way to the house, but as luck would have it, he was working but supposed to be off at 11.

So back to the narrative: I was told to go through the doors, turn right, turn left, go around and turn right. Right. Got it. I turned right and immediately asked for someone to point me towards my mother’s room.

She had been given morphine in the ambulance, which had made her throw up, so when I walked in, she was clutching a disposable emetic bag that I eventually had to pry from her fingers. I was told that x-rays had been taken and that we were waiting for the doctor. Talk about stating the obvious.

The x-rays revealed that my mother had broken her tibia directly below the kneecap, and she was bruised in several places. She had not broken her hip. An immobilizing brace was ordered, and the attending physician told me to call the orthopedist on Monday.

Now this all sounds terribly civilized, but I’m leaving out some good parts, like my mother screaming when anyone touched her, the fact that she was shaking all over from shock and I couldn’t get her a blanket, and she needed to pee. Eventually, she was catheterized, given more meds (I felt like Shirley MacLaine in Terms of Endearment, trying not to become hysterical as I demanded that they shoot some more of the good stuff into the IV. Look, I just can’t get into what I was feeling during all of this, not really, as it was all much too intense and draining).

Then there was the Marx Brothers scene in which an orderly, a nurse, and I tried to put my mother into the passenger seat of my car. You see, I had sent everyone home. Brett hadn’t eaten all day. Corey was exhausted,and I knew that I was going to need him when we got home. So the departure was a solo event.

The three of us tried lots of different scenarios with each of us holding different body parts, and my mother screaming “No. No. No. Just put me back.” Finally, the orderly lifted her bodily and placed her in the seat as my mother said, “You’ll get a hernia. You’re going to hurt your back.” Meanwhile, I thought, “how in the hell are we going to get her out of the car when I get home?”

“The human story does not always unfold like a mathematical calculation on the principle that two and two make four. Sometimes in life they make five or minus three; and sometimes the blackboard topples down in the middle of the sum and leaves the class in disorder and the pedagogue with a black eye.” ~ Winston Churchill 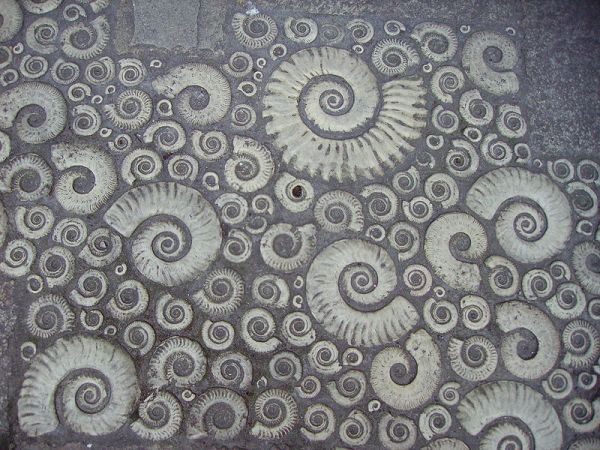 I don’t remember the drive home at all, just that I avoided potholes and bumps. I had called Corey, and he was waiting at my mother’s house for us. I told him about the ordeal of putting her in the car. Neither of us had an inkling as to how we would get her out of the car, up the steps, and into the bedroom.

Lots of screaming. Hers, mine, ours.  (look, I’m not being flippant, or maybe I am, but this was two weeks ago, and the only way to deal with some things is in retrospect and with no respect whatsoever). The goal was to remove her from the car without bending her right leg . . . We had the walker, but it quickly became apparent that it was useful as a skateboard.

We ended up carrying her. Don’t ask me how. We stopped on the porch as I opened the doors while my mother yelled not to let Willow (her schnauzer) out. Trust me, Willow was too petrified to bolt. We stopped at the entrance to the hall. Somehow, we got her in bed.

Those first few days and nights were a blur, except for the hallucinations, which I’ll get into next time as they deserve a post of their own.

So that’s the first part of my latest saga. Feels good to be writing about it.

Music by Jean Louisa Kelly, her version of “Someone to Watch over Me” from Mr. Holland’s Opus