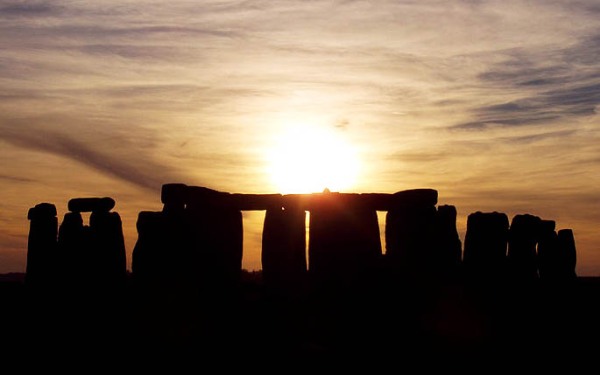 Random thoughts about nothing at all:

Today has been one of those days that just seems to be a never-ending river of crapppola. Nothing really in particular, just a bad day, I guess.

☮ Some good news: Vane Brothers called and unofficially offered Corey a tugboat job. The catch? It won’t be until the end of the year or beginning of next year. He has mixed emotions about it, which I understand. I mean, how can you get excited about a job that will probably happen, but no guarantees?

☮Alexis stopped by this evening. She was very chatty. Her doctor has adjusted her meds again, and she seems to be in better spirits emotionally. That makes one person in the family . . . So she’s talking about the holidays. Who is doing Thanksgiving. What she is buying for Christmas. Have I mentioned that I absolutely hate November?

☮I had wanted to watch the original Halloween movie in honor of, well, Halloween. But for some reason, the DVR did not record it even though I scheduled the recording. ‘Twas not meant to be. Just as well. Corey doesn’t really like it, and I didn’t want to watch it alone. I reminded him that I watch his scary movies with him and had him almost convinced he needed to watch with me, and then it wasn’t there. We watched some other scary movie instead, and it turned out to be totally predictable. I hate that.

☮Have I mentioned that I am out of reading material? Dream job: Own a bookstore that is just mine all mine. Then I can stock books that other people don’t have and read the stock. Of course, independent bookstores are going the way of the atmosphere and clean drinking water. It’s hard to compete against the Barnes & Nobles of the world.

“Maybe love will fade
Like the parchment pages of our history
Maybe life is made of flickers
From some brilliant, burnished flame”

☮My friend Sarah had another round with the courts today. She is going through hell with the court system over her ex-son-in-law and his mother’s request for visitation  Apparently, his mother can still see the children, but the good news is that the ex (drug addict and cop assaulter) is not allowed to be present. Exactly how does one go about ensuring such a thing? Sometimes the laws that are supposed to protect minor children really bother me. Of course, everything varies city to city, state to state.

☮Tomorrow is election day. I managed to get my mother to say that she would go vote. I told her that we need all of the Democratic votes that we can get in this particular governor’s race. I’m not holding my breath, though. Virginia is far too fickle when it comes to politics, especially in governor’s races.

☮Social Security denied my disability claim—again. Essentially their reasoning was that since I can dress myself and move my arms and legs, I’m not entitled to disability. It’s a good thing that I’m covered by my insurer. However, I know that my insurer will want to appeal, which makes sense since coverage by Social Security would mean that the insurer no longer has to pay for me.

☮Still rainy and chilly here. I’m wearing a pair of red socks that have penguins all over them. I love my Christmas socks. Wearing them is one of the better things about the weather becoming cooler. I know, small things amuse me.

☮We received a nice surprise on Saturday. My sister-in-law in Germany sent us an early holiday box filled with German chocolates, cookies, marzipan, coffee, and a beer stein for Corey. He doesn’t drink beer that often, but he has always wanted an authentic German stein. Helma said that she wanted to send us treats because we always take such good care of Phillip and Hannah when they are visiting. The whole family really enjoys their visits, so spending time with my niece and nephew is never a chore.

☮I’ve been having strange dreams again, but I’m not remembering them as well. This may actually be a good thing because I’m hoping that it means I’m getting a more restful sleep. I told Corey that I would love to sleep for eight hours uninterrupted one night. No dogs nudging me, no waking up because I’m thirsty, no waking up because I hurt somewhere—just eight solid hours of sleep. One day, maybe.

☮I’m dreading the holidays this year. Normally, I love Christmas and hate Thanksgiving, but I think that Christmas this year might be just as bad as Christmas was last year, which was last minute and stressful. I really hope that I don’t become like my mother, who does nothing but bitch about the holidays. In all of my life, I think that my mom has only liked her Christmas present from me maybe three or four times. I’m not exaggerating. I love to buy special presents for those I love. It’s not spending money that makes me happy; more, it’s finding something that I think is really suited to the person for whom I am buying the present. We’ll just have to wait and see how this Christmas turns out.

☮A word about the images, since my last post on Druids, I have had standing stones on my mind, hence, the photos of several standing stones from across the United Kingdom, courtesy of Wiki Commons.

☮I stress too much over the strangest things and find pleasure in really tiny things. I don’t think that I’ll ever understand myself.

Check out the peace sign character that I’m using instead of a bullet or diamond. Again, small things . . .

Here is Jamie O’Neal singing “There Is No Arizona”: