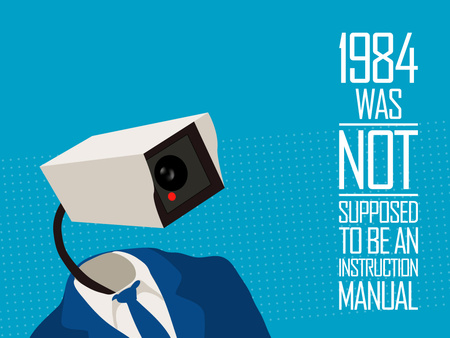 “No human race is superior; no religious faith is inferior. All collective judgments are wrong. Only racists make them.” ~ Elie Wiesel

Republican Kansas state legislator Connie O’Brien (Tonganoxie) really stuck her foot in it at a hearing last week when speaking against the subject of in-state tuition being granted to illegal immigrants who had met Kansas state residency requirements, which has been the state’s policy since 2004.

REP. O’BRIEN: My son who’s a Kansas resident, born here, raised here, didn’t qualify for any financial aid. Yet this girl was going to get financial aid. My son was kinda upset about it because he works and pays for his own schooling and his books and everything and he didn’t think that was fair. We didn’t ask the girl what nationality she was, we didn’t think that was proper. But we could tell by looking at her that she was not originally from this country. […]

REP. GATEWOOD: Can you expand on how you could tell that they were illegal?

REP. O’BRIEN: Well she wasn’t black, she wasn’t Asian, and she had the olive complexion.

According to an article in ljworld.com. this is, in fact, what happened:

The dispute was over testimony O’Brien gave last week to the House Federal and State Affairs Committee in support of a bill that would repeal in-state tuition for certain undocumented students.

O’Brien told the committee about an incident last year when she accompanied her son to enroll at Kansas City Kansas Community College.

A woman near them in line was requesting her scholarship money, but when the clerk asked for her photo identification, the woman said she had none, O’Brien said.

The woman then asked for someone else to help her, O’Brien said. O’Brien told the committee that the woman was going to get financial assistance, and her son, who was born and raised in Kansas, wasn’t.

“We didn’t ask the girl what nationality she was. We didn’t think that was proper but we could tell by looking at her that she was not originally from this country,” O’Brien said.

Another committee member, Rep. Mario Goico, R-Wichita, told O’Brien during the committee hearing that the woman O’Brien had been speaking about, if she was an undocumented student, could not have received any federal or state scholarship funds.

“To be ignorant of one’s ignorance is the malady of the ignorant.” ~ Amos Bronson Alcott

I’m so fricking angry that I’m spitting, and there exists a real possibility that I may kill my keyboard from typing too hard. And it’s not over the illegal immigrants thing (which is a whole other issue), but over the blatant racism: “She had the olive complexion.” (emphasis mine: the, as in there is only one kind of olive complexion?)

Oh, you know what? You, Connie O’Brien, and those of your ilk aren’t worth my dying from an aneurism from high blood pressure. Do all of us a favor and just sit down and shut up. Your extreme ignorance and racism are showing.

“Instead of being presented with stereotypes by age, sex, color, class, or religion, children must have the opportunity to learn that within each range, some people are loathsome and some are delightful.” ~ Margaret Mead

As recently as Monday, O’Brien wasn’t certain that she was going to apologize, saying she needed “time to think.” O’Brien said that she thought that “the Democrats were making a big deal out of nothing ‘like they did with Bill Otto.’ Otto, a Republican state legislator from LeRoy, was criticized for making a video in 2009 in which he criticized President Obama in a ‘RedNeck Rap,’ while wearing a hat that said ‘OPOSSUM the other Dark Meat.’ Otto said he didn’t mean for his video to have any racial overtones.”

O’Brien’s apology today? “I misspoke and apologize to those I offended. I have learned from this situation and will be more careful with my choice of words in the future.”

I love that word—misspoke. It’s the ultimate in back-peddling: I said something, but actually, I misspoke, because I meant to say something less offensive, you know, something that wouldn’t cause a backlash, but as to my original sentiment, well, what can I say?

Misspoke/misspeak is so 1984: If you don’t like history, rewrite it, say that you misspoke. Or just use 1984‘s duckspeak, to speak without thinking, or as is the case with so many politicians who misspeak, they seem to get their singular brand of truth from Minitrue (the Ministry of Truth). I could go on, but really, you probably understand fullwise the day order of political doublethink.

I mean, certainly Bill Otto certainly didn’t mean anything offensive about “the other Dark Meat.” How could anyone with a brain believe otherwise?

Oh, wait. Operative phrase being with a brain, which, apparently, too many people in positions of power seem to be without.

Entertainer Josephine Baker said in 1963, “Surely the day will come when color means nothing more than the skin tone, when religion is seen uniquely as a way to speak one’s soul; when birth places have the weight of a throw of the dice and all men are born free, when understanding breeds love and brotherhood.”

Obviously, that day has yet to arrive.

Music by 30 Seconds to Mars, “Hurricane (This is War)”

The following is one of my favorite Langston Hughes’ poems, and I taught it in every literature class that I had. I did not pick this poem to go with this post because Hughes was a black writer. I chose it because I believe that this is the kind of message that all mothers should pass on to their children: Life isn’t always easy, and it may not always seem to be fair; life isn’t always beautiful, and sometimes, you might seem to be stumbling around in the dark, but that doesn’t mean that you give up or that you quit trying. And by the way, Rep. O’Brien, you could learn a thing or two from Hughes.

Well, son, I’ll tell you:
Life for me ain’t been no crystal stair.
It’s had tacks in it,
And splinters,
And boards torn up,
And places with no carpet on the floor—
Bare.
But all the time
I’se been a-climbin’ on,
And reachin’ landin’s,
And turnin’ corners,
And sometimes goin’ in the dark
Where there ain’t been no light.
So, boy, don’t you turn back.
Don’t you set down on the steps.
‘Cause you finds it’s kinder hard.
Don’t you fall now—
For I’se still goin’, honey,
I’se still climbin’,
And life for me ain’t been no crystal stair.