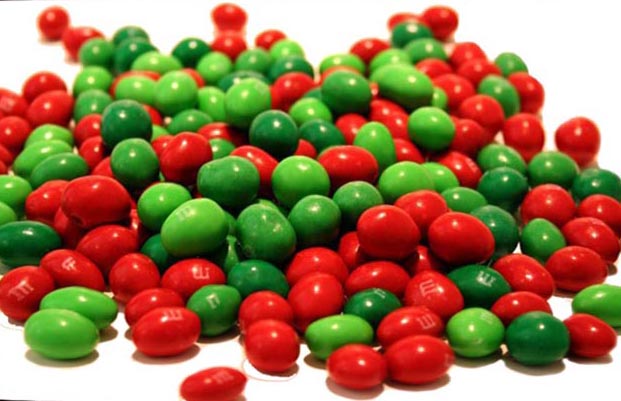 So, I’m sure that most of you have heard Keith Urban’s song “Tonight I Wanna Cry.” And if you haven’t, it doesn’t really matter because it’s the title that’s relevant. I’m sitting here in my sweats, new Christmas socks (gingerbread men), a bag of Christmas peanut M&M’s (red and green only), and I’m feeling completely sorry for myself. It’s colder than a witch’s tit outside (have no idea where that completely nonsensical saying came from), my toes are cold, and my neck won’t turn to the right.

But none of these things are what’s causing me to be down. It’s more of a global kind of down, one of those system failures, you know, like when your computer just isn’t acting right but you can’t pinpoint what’s wrong with it? That would be me tonight. I wonder why they don’t have a Symantec scan for people, one that you could plug into your ear and run to find out what’s wrong: A few beeps and knocks later, and then a message appears on the screen: system infected with rhino virus, aka common cold. Take an ibuprofen, orange juice, and get eight hours of sleep. Or system screwed . . . too much information to process. Suggest shut down for 24 hours. Microsoft or Symantec could make another billion.

It’s not a holiday letdown because I never really went into a holiday high this year, too much stress from losing the wallet and its contents prevented that. In fact, it just never really felt like Christmas at all this year, just another day, too weird. I sent out the cards; the tree was decorated, packages wrapped; dining room table was put together, but none of it seemed to permeate me.

I think that I can attribute this low partially to two things: Sarah McLachlan and Carnival Cruises.  It seems that whenever I turned around, there was Sarah Mac on late night television singing “Angel,” and if I didn’t turn away quickly enough, I would see pictures of dogs and cats with one paw wrapped up, one eye missing, clawing to get out of a cage, a beagle shivering in the cold, a beagle of all things. Sarah Mac is evil I tell you. She has this angelic voice, and that’s what sucks you in, but then she shows you these pictures of these poor animals, and  you want to run to the nearest shelter and bring all of them home, especially the beagle and the old golden retriever who is trying to get under the gate.

Why is that evil, you might ask? She is only trying to do a community service ad. Oh, but you don’t understand the evil intent behind it. You take Sarah Mac’s beautiful voice and these helpless, beautiful animals, and then try to look away. You can’t, you simply can’t, and that’s the point, and she knows it. At Christmas, she changed the song to “Silent Night.”  How much can one person take?

Corey had to put the television on mute for my own good. If not, I’d be coming home with about six more dogs, and the reality is that this home is way too small for six more dogs. We’re pushing it with three. I cannot go to a shelter and leave without an animal. I simply can’t. They are all calling my name and wondering why I’m not taking them home. It’s much too painful.

I’ve had 365 days of pure crap, and 7 days of cruising around the Caribbean sounds like bliss to me. But it isn’t going to happen any more than I’m going to win the Lotto, so I’m sitting here shoving M&Ms into my mouth and wondering how it got to be 2009 with no major changes happening.

An old friend of mine used to jokingly say that if it weren’t for bad luck, I’d have no luck at all. I know that’s from an old country song, but damned if it isn’t true still. Then another person said that you make your own luck. I thought about that, and I wondered how exactly you make your own luck. Is it the thinking happy thoughts, looking on the bright side of life kind of thing?

Well, what if I were born on a Wednesday? Remember that, Wednesday’s child is full of woe? I used to think that that was the most unfair rhyme ever. Only Wednesday got the short end of the stick because someone couldn’t figure out a better way to fit the rhyme scheme. Great. I’m given woe because of some bastard’s laziness. Figures. At least I have a beautiful portrait to look at by Maureen Mahoney.

Why so blue, you might ask? as if there were one thing in particular bringing down the Lola, the Carlotta, woman of many guises but no single self. Well, it’s the new year, so new things should be on the horizon, but nothing is looming, no Fata Morgana, no signs of change, and I do not think that I can take months and months more of this sameness.

I feel as if something bad is waiting on the periphery, but I cannot see it yet; I can only begin to feel it, and it does not feel friendly. Attribute it to my signs, if you will. I have no way of holding it at bay any longer. Too many signs are pointing in bad directions. My empty wallet never turned up with just my pictures in it as I had hoped; who would need the picture of Caitlin that I had carried around for 20 years? I know that they just trashed it, and that breaks my heart.

No signs yet that Corey is going to get the Coast Guard approval that he needs for his upgrade, and until he gets that, he cannot apply for the jobs that he wants, and near-coastal jobs are at a standstill. Everyone has boats tied up in the yard for lack of work. No signs that Eamonn is going to come around any time soon, and I am just numb to that situation because I simply don’t have anything else to give at the moment.

I had hopes that we would do more on the house after Christmas, but that momentum seems to have died already, and I can’t really say anything about it because I don’t have any momentum left in me. I can’t even get out of bed in the afternoons, and I honestly don’t know what is wrong with me. I want to get up. I want to do things. But I simply, physically cannot. I am drained to my last corpuscle.

Hence the need for a system diagnostics and reboot. I wish that humans could do what computers do when they go off track. I don’t even have the energy to read one of my new books or to watch a DVD. And this pity party is starting to wear on me. Even the dogs are looking at me cock-eyed as if to say, “Hey. Enough. We haven’t played in days. What’s your problem?” And I can’t say that I blame them. Being this run down makes you more tired than you should be, and even a dog can only sleep 22 hours a day.

Snap Out of It

I know that it’s bad when my new Christmas socks don’t really make me happy. I’m hoping that this down time doesn’t last too long. I don’t handle them as well as I used to, and Corey isn’t as empathetic when he is already down himself. My mother is no help. Remember, she’s the one who used to say, “snap out of it. Watch something happy on television. You just make yourself sad.”

Her latest thing is that my antiques make me sad, keeping things from the past, like some of my Dad’s old things, make me sad. If she had her way, she would throw out anything old and buy new everything. No nostalgia for her. No sir. Why have memories. They only make you sad. “That’s why they’re called memories, Ma. Because you remember.”

“Who the hell says I want to remember anyone or anything. Get rid of it. That’s what I say.” She kind of reminds me of Heath Ledger’s Joker in an oddly strange way: “Why so sad?” Neither of them can understand why people might want to feel things.

Oh well, enough of the pity party. Maybe I’ll try going to be early and see if that helps. Yep. Whatever. More later. Peace.